A word that generally describes videos doctored with Artificial Intelligence or Synthetic media technologies—popularly mentioned as deepfakes. These digitally manipulated videos, which researchers and lawmakers worry could become a replacement, an insidious method for spreading disinformation would be rampant. But these advances can come at a gargantuan cost if we aren’t careful: equivalent underlying technology can also enable deception.

For decades, computer software has allowed people to regulate photos and videos or create fake images from scratch. Processes usually reserved for experts trained within the vagaries of software like Adobe Photoshop or After Effects. Now, AI technologies are streamlining the tactic, reducing the worth, time and skill needed to doctor digital images. These AI systems learn on their own, build fake images by analyzing thousands of real images; meaning they’re going to handle immense workloads. This also suggests people can create far more fake stuff than they need to.

The technologies used to create deepfakes remain fairly new and thus the results are often easy to evade. Technology is a constantly evolving domain that can not be withheld. While the tools may detect these bogus videos, deepfakes also are evolving, some researchers worry that they won’t be ready to keep step.

The video collection may be a syllabus of digital trickery for computers. Inspecting all of those images, A.I. systems determine the way to observe for fakes. Facebook which is also trying to battle deepfakes, used actors to make fake videos, and then released them to outside researchers. Engineers at a Canadian company called Dessa, which focuses on AI, recently tested a deepfake detector that was built using Google’s synthetic videos. It could identify Google videos with almost perfect accuracy. But once they tested their detector on deepfake videos plucked from across the online, it failed quite 40 percent of the time. This is quite alarming, we are creating something evil which even we can’t stop.

Researcher, Dr. Niessner is working to make systems that will automatically identify and deduct deepfakes, this is often the other side of the same coin. Detectors learn their skills by analyzing images. Detectors can also improve greatly. But that needs an endless stream of latest data representing the most recent deepfake techniques used around the internet, Dr. Niessner and other researchers said. Collecting and sharing proper data is usually difficult; examples are scarce, and for privacy and copyright reasons, companies will not always share data with outside researchers.

The costs of deepfake technology aren’t just theoretical. Synthetic voices are becoming used for large fraudulent transactions, and artificial faces have allegedly supported espionage. All of that’s, in spite of these challenges of being used to hack-together beta-quality software. The obstacles to using synthetic media are still too high for the technology to be compelling to most malicious actors but because it moves from buggy betas and into the hands of billions of individuals, we have got a responsibility to avoid worst-case scenarios by making it as hard as possible to use deepfakes for evil.
Finally, what we aren’t releasing, as we proceed with in the future, technology subsequently also advances; AI being a serious contributor, which will exacerbate things, by being used as a ‘weapon’. So maybe we’d like to rethink the responsibilities and ethics (wait? ethics!) of AI.

My Personal Notes arrow_drop_up
first_page Previous
Check if a number is Prime, Semi-Prime or Composite for very large numbers
Next last_page
Decision Making in Julia (if, if-else, Nested-if, if-elseif-else ladder)
Recommended Articles
Page :
Check if a given number N has at least one odd divisor not exceeding N - 1
01, Mar 21
Lexicographically smallest permutation of the array possible by at most one swap
01, Mar 21
Partition array into two subarrays with every element in the right subarray strictly greater than every element in left subarray
01, Mar 21
Count of subarrays having product as a perfect cube
01, Mar 21
Count intervals that intersects with a given meeting time
01, Mar 21
Count numbers from a range whose cube is a Palindrome
01, Mar 21
Modify a string by performing given shift operations
01, Mar 21
Queries to count numbers from a given range which are divisible the sum of their digits
01, Mar 21
Sum of numbers formed by consecutive digits present in a given string
01, Mar 21
Railway Station | TCS CodeVita 2020
01, Mar 21
C program to input an array from a sequence of space-seperated integers
01, Mar 21
How to Push Notification in Android using Firebase In-App Messaging?
27, Feb 21
Article Contributed By : 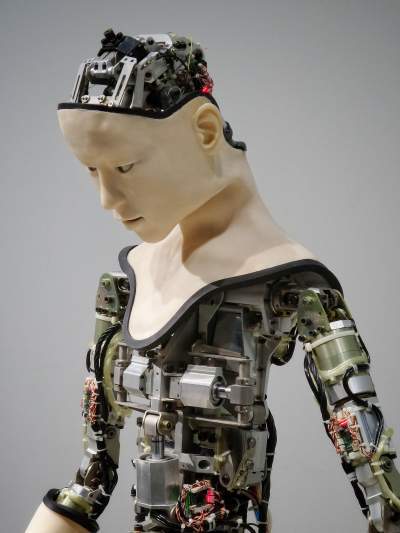