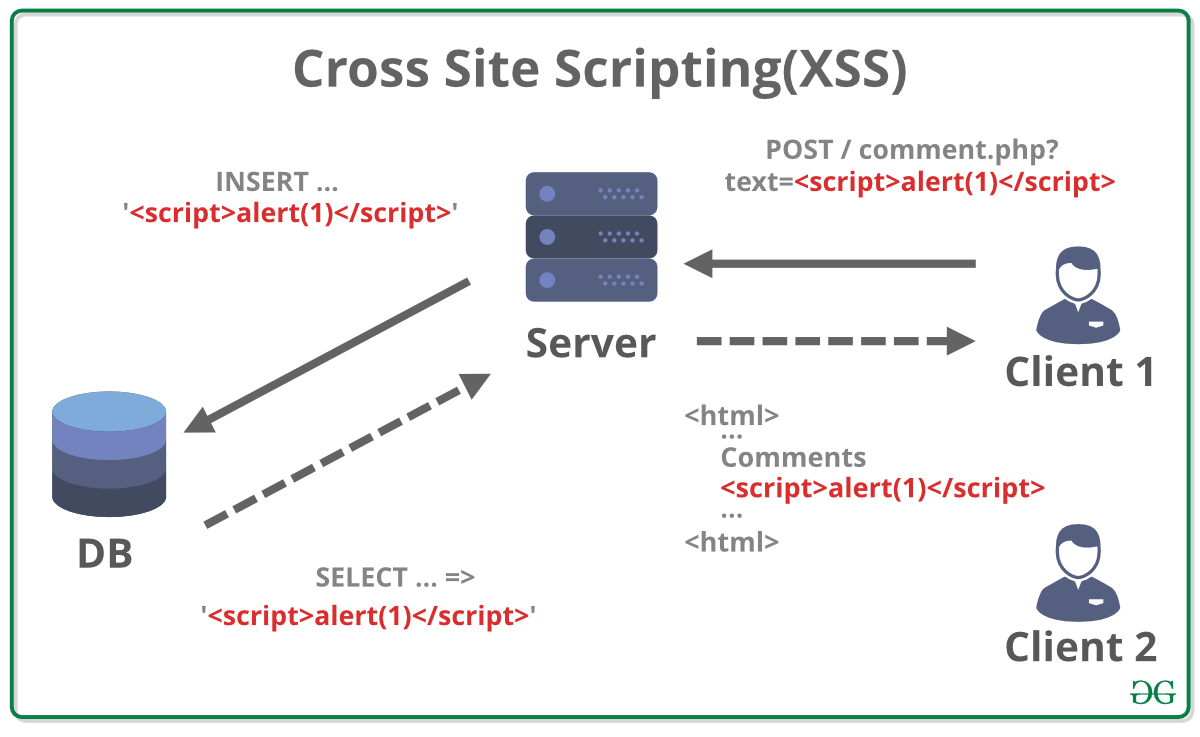 In its initial days, it was called CSS and it was not exactly what it is today. Initially, it was discovered that a malicious website could utilize JavaScript to read data from other website’s responses by embedding them in an iframe, run scripts and modify page contents. It was called CSS (Cross Site Scripting) then. The definition changed when Netscape introduced the Same Origin Policy and cross-site scripting was restricted from enabling cross-origin response reading. Soon it was recommended to call this vulnerability as XSS to avoid confusion with Cascading Style Sheets(CSS). The possibility of getting XSSed arises when a website does not properly handle the input provided to it from a user before inserting it into the response. In such a case, a crafted input can be given that when embedded in the response acts as a JS code block and is executed by the browser. Depending on the context, there are two types of XSS –

There is another type of XSS called DOM based XSS and its instances are either reflected or stored. DOM-based XSS arises when user-supplied data is provided to the DOM objects without proper sanitizing. An example of code vulnerable to XSS is below, notice the variables firstname and lastname :

and it will be rendered as JavaScript.   There are two aspects of XSS (and any security issue) –

Next
I Can't Use Logic In Programming. What Should I Do?
Related Articles
1. Difference Between XSS and SQL Injection
2. How to make a ARP Spoofing attack using Scapy - Python
3. Rogue Antivirus
4. What is PC (Personal Computer) Intrusion?
5. Anti Forensics
6. What is Click Fraud?
7. Follina: Unsolved Zero Day Vulnerability
8. Fast Flux and Advanced Fast Flux in Cyber Security
9. 7 Ways To Earn Money as an Ethical Hacker
10. How To Use Radare2?
Article Contributed By :