What is Components Inheritance in React ?

Inheritance is a concept that plays a major role in object-oriented programming. It is a technique that allows objects to have those properties that are already existing on previous objects.

In React, the composition model is used instead of inheritance, so that code can be re-used again between the components. In react extends keyword is used on the main function i.e the constructor function. By using the extends keyword you can have the present component have all the component properties from the already existing component. The composition model uses the super-sub class relationship by passing the state and props. The sub-class segment can access any progressions to one another.

Here, you have two components i.e. AppComponent and a ChildComponent, and the child component takes over all the app properties.

Example: Now write down the following code in the App.js file. Here, App is our default(parent) component where we have written our code. In the below code, this.state.message is passed to ChildComponent.

Now write down the following code in the ChildComponent.js file. The child component accepts all the app component properties. 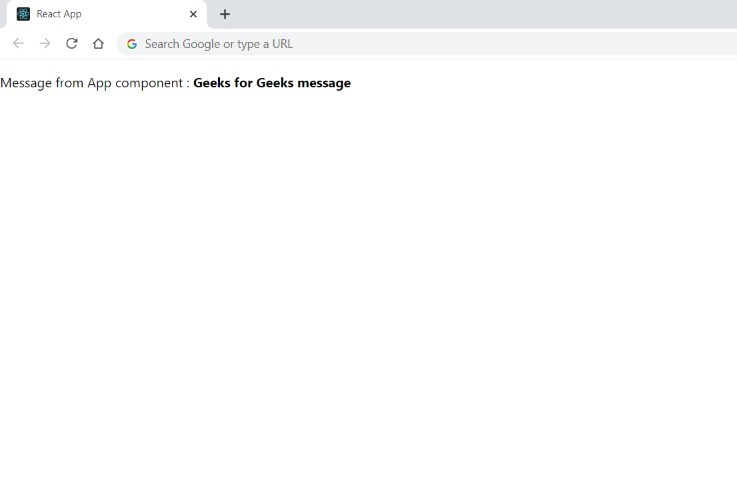 Previous
How to Create a Toggle Switch in React as a Reusable Component ?
Next
Does React useState Hook update immediately ?
Related Articles
1. How to Test React Components using Jest ?
2. Why do you need to import React in functional components ?
3. Inline media query in React components
4. How to put an image as background under multiple components in ReactJS with React Routing?
5. Animated modal using react, framer-motion & styled-components
6. React.js Higher-Order Components
7. React styled-components Module
8. Dumb Components in React Native
9. What are the differences between React.lazy and @loadable/components ?
10. How to share state across React Components with context ?
Article Contributed By :