What is Code Driven Testing in Software Testing?

Code Driven Testing is a software development approach in which it uses testing frameworks that allows the execution of unit tests to determine whether various sections of the code are acting accordingly as expected under various conditions. That is, in Code Driven Testing test cases are developed to specify and validate the code functionality. It avoids duplication of code and this code-driven testing is performed by the development teams.

CDD (Code Driven Testing) is a growing trend in software development that uses frameworks like JUnit and NUnit to allow the execution of unit tests to determine the behavior of various sections of the code under various circumstances.

This Code Driven Testing Workflow can be easily understood by the following figure: 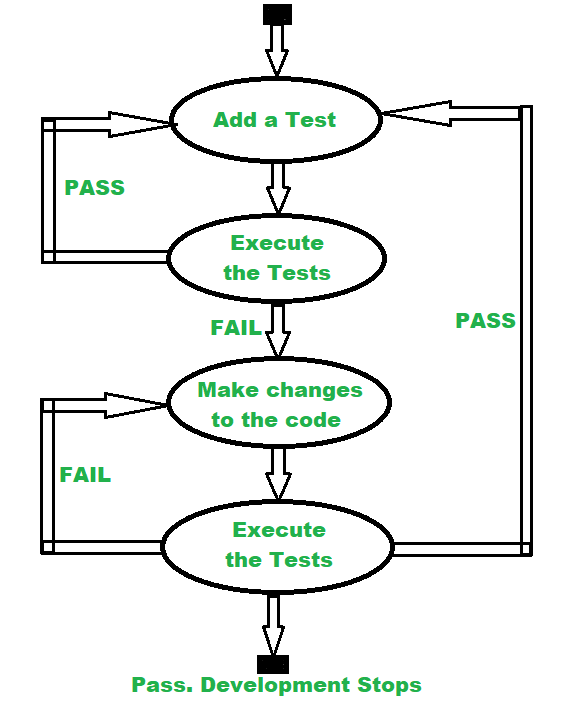 Step 1: Add the test, which is enough to fail, any code.

Step 2: Execute a complete test suite to confirm that the new test fails.

Step 3: The code is updated to produce it to pass the new tests from the suit.

Step 4: Again execute the test cases. If fails, update the code, and if these will pass.  Then repeat the same method once again for the other development element.