What is AWS EC2 Instance Storage? 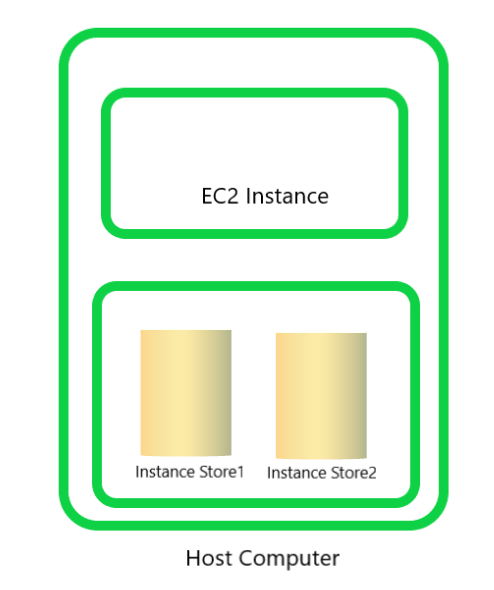 Instance Storage mounted on a host computer with EC2 instance

Note: This storage is not recommended for critical or valuable data.

Note: If the instance is simply rebooted the data remains intact.

EC2 instance store volumes are particularly recommended in scenarios where the data is rapidly changing and the I/O speed demand is high. Essentially they are best suited to be used as cache and buffer devices for your application. They are not to be relied upon for critical and long term data.