What is a GIT Repository?

Repositories in GIT contain a collection of files of various different versions of a Project. These files are imported from the repository into the local server of the user for further updations and modifications in the content of the file. A VCS or the Version Control System is used to create these versions and store them in a specific place termed a repository. The process of copying the content from an existing Git Repository with the help of various Git Tools is termed cloning. Once the cloning process is done, the user gets the complete repository on his local machine. Git by default assumes the work to be done on the repository is as a user, once the cloning is done. Users can also create a new repository or delete an existing repository. To delete a repository, the simpler way is to just delete the folder containing the repository. Repositories can be divided into two types based on the usage on a server. These are: 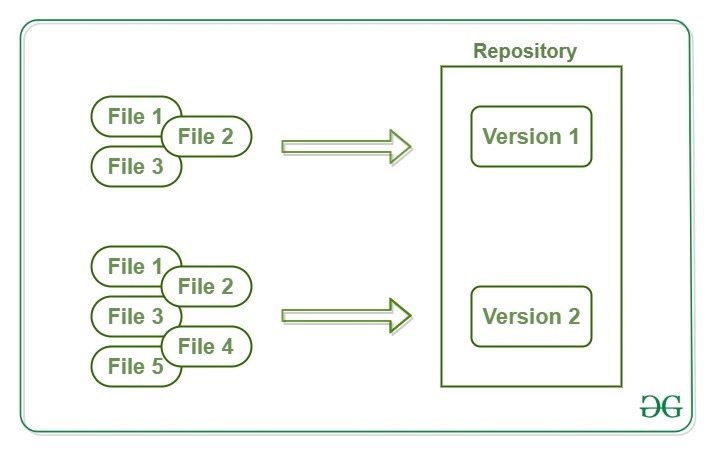 Working Area or Staging of a Git Repository

After the changes are done in the working area, the user can either update these changes in the GIT repository or revert the changes.

Working with a Repository

Adding to a Repository

After performing various modifications on a file in the Working Area, GIT needs to follow two more steps to save these changes in the local repository. These steps are:

Adding changes to the Index This process is done by the use of git add command. When the changes have been made in the Working Tree/Area. These changes need to be added to the Staging Area for further modification of the file. git add command adds the file in the local repository. This stages them for the commit process.

Different ways to use add command:

To add a specific list of files to the staging area.

To add all files of the current directory to a staging area.

To add all text files of the current directory to staging area.

To add all text files of a particular directory(docs) to staging area.

To add all files in a particular directory(docs) to staging area.

This commit command is used to add any of the tracked files to staging area and commit them by providing a message to remember. 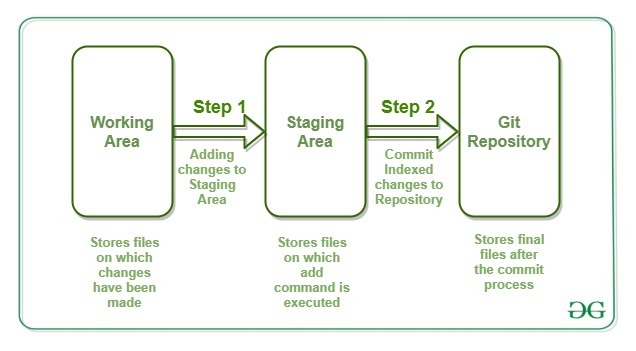 Git allows the users to perform operations on the Repositories by cloning them on the local machine. This will result in the creation of various different copies of the project. These copies are stored on the local machine and hence, the users will not be able to sync their changes with other developers. To overcome this problem, Git allows performing syncing of these local repositories with the remote repositories. This synchronization can be done by the use of two commands in the Git. These commands are:

Git Status: It is used for checking the status of git repository, i.e., if the files are committed or not, files in staging area or untracked file.

Git Log: It is used to track all the changes made, and by whom. Its command is

.gitignore: You may use .gitignore if you want to hide any file when uploading online. Just simply create a .gitignore file, and write all the files names you want to ignore.

Git Merge: It is used to merge two repository, without losing the data. It merge the specified repository to the current repository.

Git Checkout: It is used to rollback to previous version of the project which was committed anytime earlier. You can copy to hash-code from git log and use it to rollback. Let’s have a look over the code: