What is a Flowchart and its Types?

Flowcharts are nothing but the graphical representation of the data or the algorithm for a better understanding of the code visually. It displays step-by-step solutions to a problem, algorithm, or process. It is a pictorial way of representing steps that are preferred by most beginner-level programmers to understand algorithms of computer science, thus it contributes to troubleshooting the issues in the algorithm. A flowchart is a picture of boxes that indicates the process flow in a sequential manner. Since a flowchart is a pictorial representation of a process or algorithm, it’s easy to interpret and understand the process. To draw a flowchart, certain rules need to be followed which are followed by all professionals to draw a flowchart and is widely accepted all over the countries.

Use of a flowchart

Following are the uses of a flowchart:

When to use flowchart

Flowcharts are mainly used in the below scenarios:

Three types of flowcharts are listed below:

Types of boxes used to make a flowchart

There are different types of boxes that are used to make flowcharts. All the different kinds of boxes are connected to one another by arrow lines. Arrow lines is used to display the flow of control. Let’s learn about each box in detail. 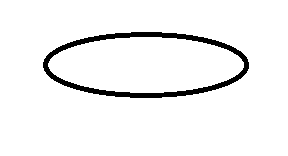 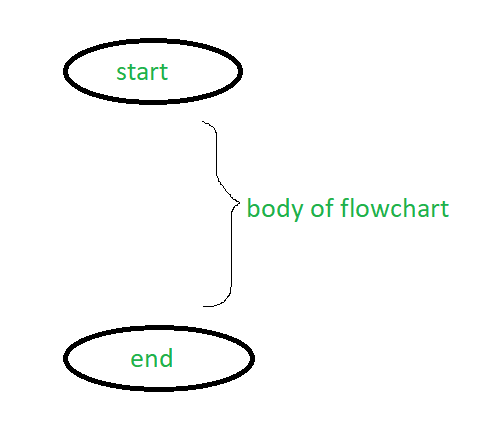 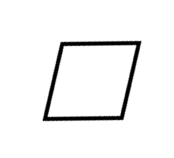 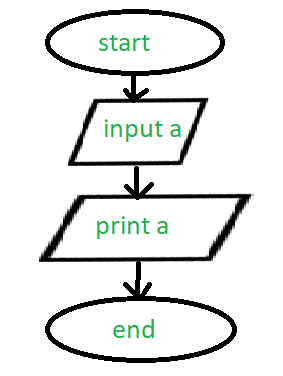 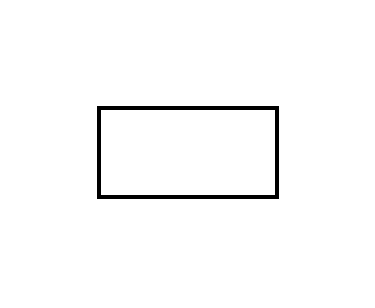 This is a rectangular box inside which a programmer writes the main course of action of the algorithm or the main logic of the program. This is the crux of the flowchart as the main processing codes is written inside this box. For example: if the programmer wants to add 1 to the input given by the user, he/she would make the following flowchart: 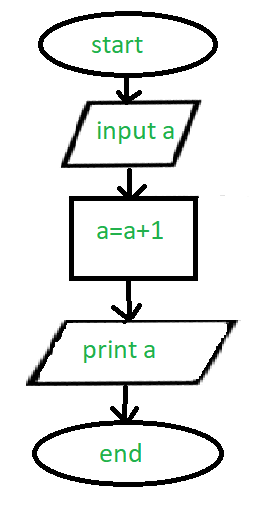 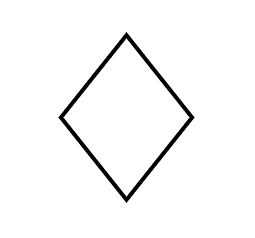 This is a rhombus-shaped box, control statements like if, or condition like a > 0, etc are written inside this box. There are 2 paths from this one which is “yes” and the other one is “no”. Like every decision has either yes or no as an option, similarly, this box to have these as options. For example: if the user wants to add 1 to an even number and subtract 1 if the number is odd, the flowchart would be: 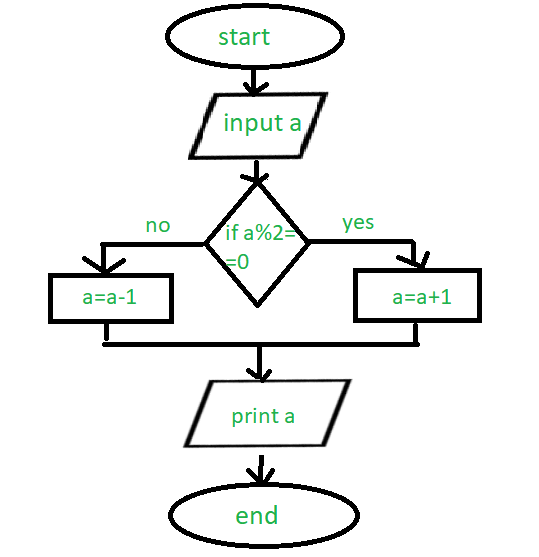 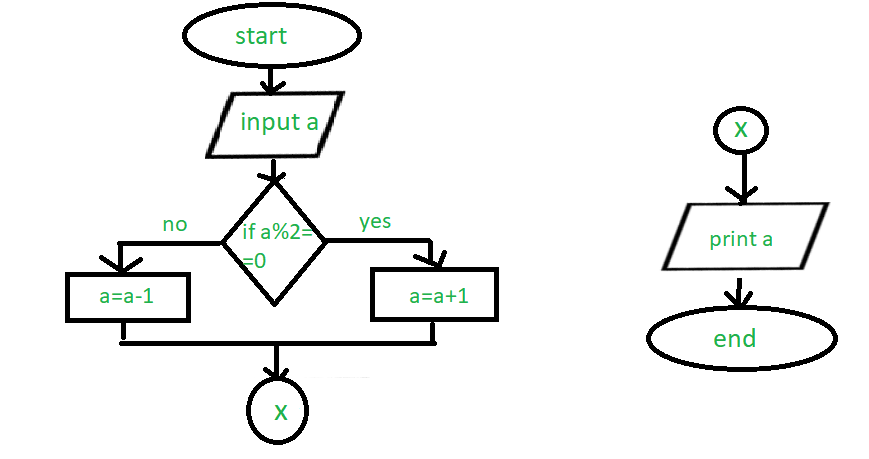 Question 1. Draw a flowchart to find the greatest number among the 2 numbers.

5. Print b is greater 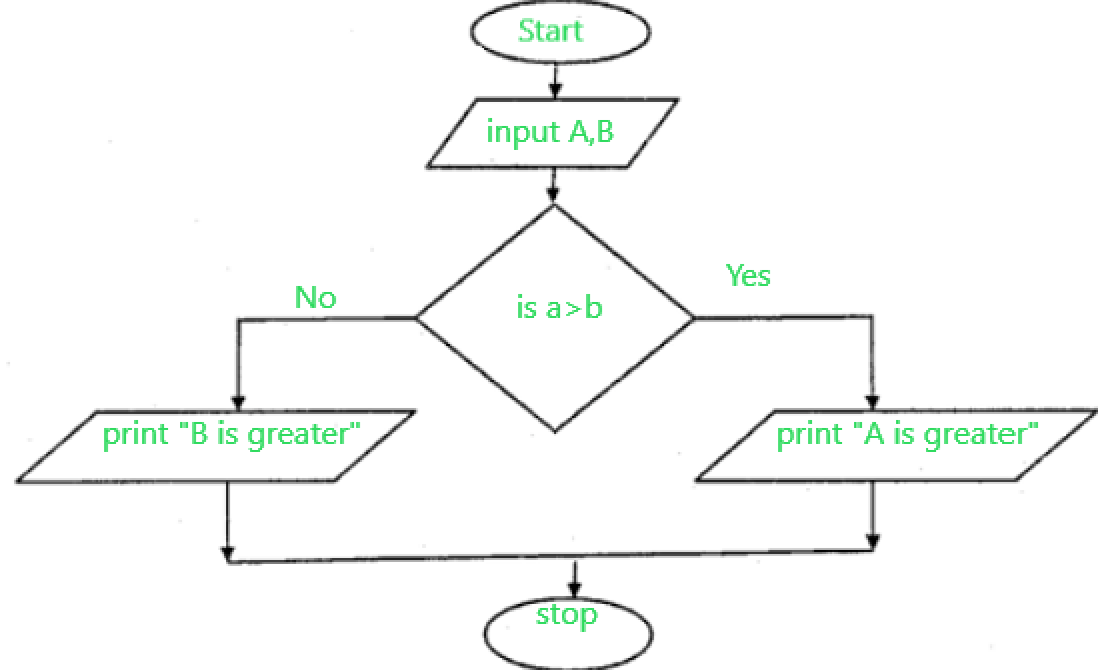 Question 2. Draw a flowchart to check whether the input number is odd or even 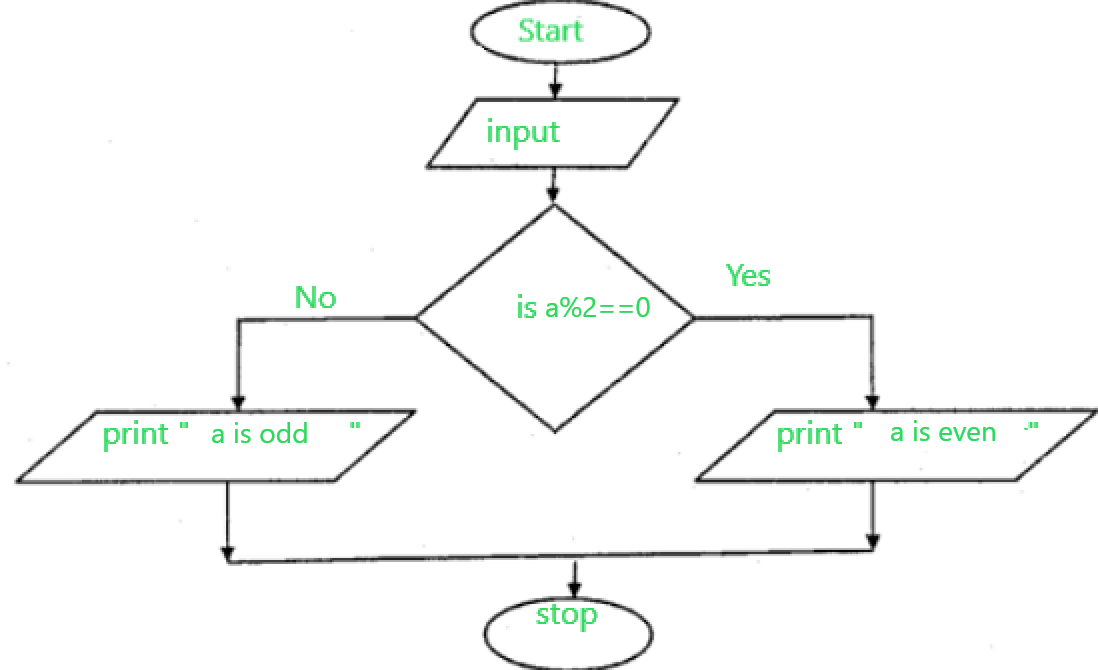 Question 3. Draw a flowchart to print the input number 5 times.

Question 4. Draw a flowchart to print numbers from 1 to 10. 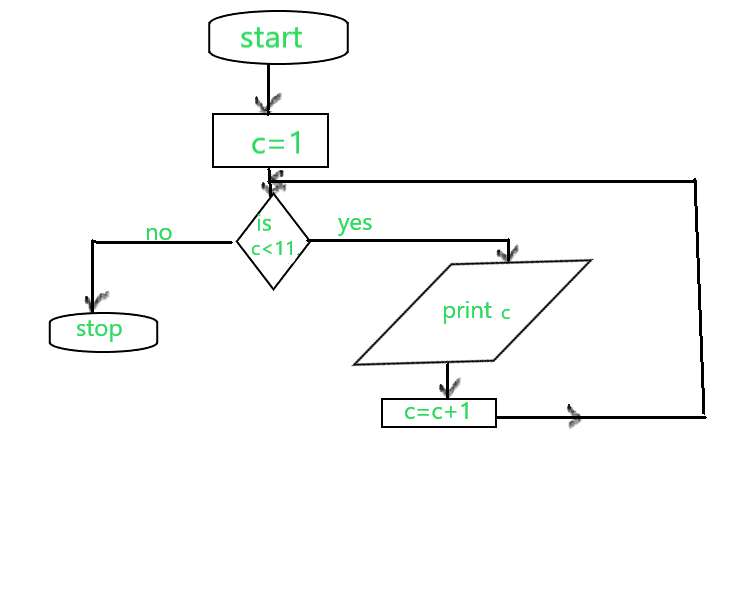 Question 5. Draw a flowchart to print the first 5 multiples of 3. 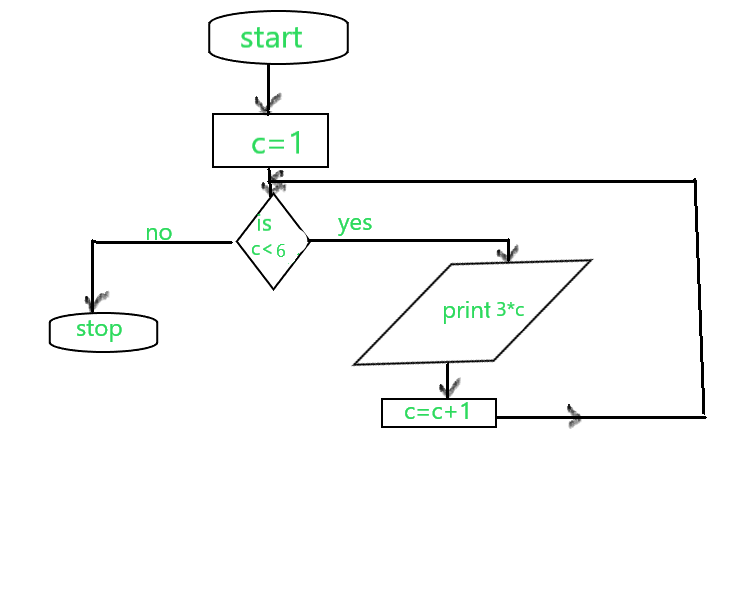 My Personal Notes arrow_drop_up
Previous
How to find the square root of 20.8849?
Next
What is 3 to the 2nd power mean?
Recommended Articles
Page :
Difference between fundamental data types and derived data types
04, Sep 18
Different Types of Queues and its Applications
19, May 20
Software and its Types
31, May 21
Find N numbers such that a number and its reverse are divisible by sum of its digits
06, May 20
What is an Expression and What are the types of Expressions?
02, Aug 19
C++ string class and its applications
25, Mar 16
Check if the product of digit sum and its reverse equals the number or not
02, Nov 17
Basics of Computer and its Operations
07, Aug 18
Python program to create a list of tuples from given list having number and its cube in each tuple
23, Oct 18
Internet and its Services
01, Sep 21
Land and its Uses
22, May 22
Types of Exception in Java with Examples
14, Dec 16
What is Air Pollution? Definition, Types, Causes, Prevention
25, Aug 21
Program to find all types of Matrix
26, Feb 18
Types of Operating Systems
05, Apr 18
Different Types of Websites
23, Jun 21
Different types of Coding Schemes to represent data
25, Oct 18
Types of Forces
19, Feb 21
Types of Errors in Java with Examples
07, Feb 20
Types of Quadrilaterals - Some Special Parallelograms
20, Dec 20
Types of Quadrilaterals - Rectangle, Square, Rhombus, Parallelogram | Class 8 Maths
25, Oct 20
Class 8 RD Sharma Solutions - Chapter 17 Understanding Shapes Special Types Of Quadrilaterals - Exercise 17.1 | Set 1
12, Jan 21
Class 8 RD Sharma Solutions - Chapter 17 Understanding Shapes Special Types Of Quadrilaterals - Exercise 17.1 | Set 2
12, Jan 21
Types of Animations in Flash
16, Jul 21
Article Contributed By :