What happens inside JavaScript Engine ?

JavaScript is a multi-paradigm prototype-based language, which uses JavaScript Engine such as Chrome’s V8 engine Firefox SpiderMonkey engine and etc. They convert the high level code into machine-readable code which lets computer to perform some specific tasks. We will understand this using an image. 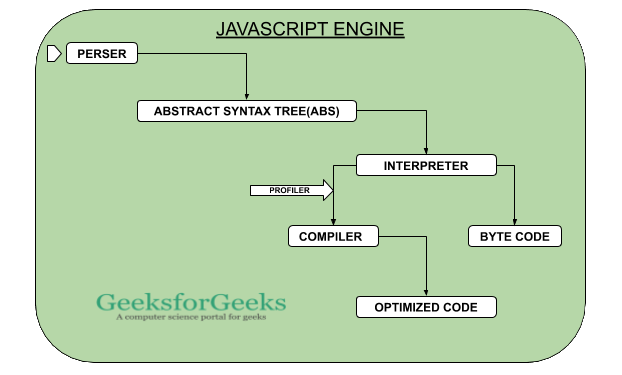 Mozilla’s SpiderMonkey JavaScript Engine: SpiderMonkey is the first Engine created by Brendan Eich, Creator of JavaScript. He created this Engine at Netscape Communication in 1995 and now it is maintained by Mozilla Foundation. We will understand this using an image. 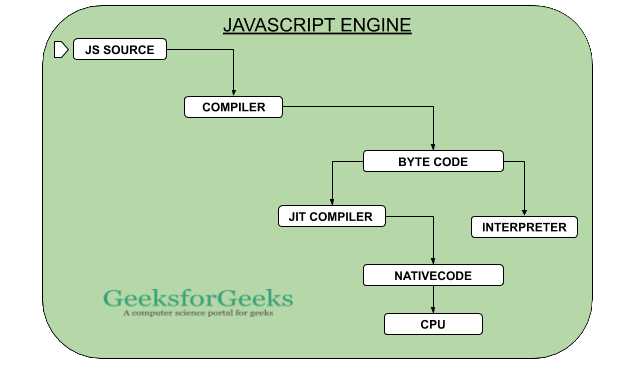 The Spider Monkey converts the main JS code into the byte code through the compiler, after that the byte code goes into two section Interpreter and JIT Compiler.
Mozilla’s SpiderMonkey Engine three things are important which are as follows:

Difference between Chrome V8 vs Mozilla’s Spider Monkey: The main difference between chrome’s V8 Engine and Mozilla’s SpiderMonkey lies in ECMAScript conformance Test262 which is used to check how closely JavaScript implementation follows the ECMAScript 5th edition specification standards, created by ECMA International. This test consists of thousands of individual tests, which checks the requirement of the specification.
Conformance test:

Previous
How to detect value change on hidden input field in JQuery ?
Next
How to get the last item of JavaScript object ?
Related Articles
1. Nashorn JavaScript Engine in Java with Examples
2. Create a Gif Search Engine Using JavaScript
3. How to render a list without render a engine in JavaScript ?
4. Explain the initial cycle in React which happens during the first render ?
5. What Happens To CSS When We Load a Page?
6. What happens if you do not use rest parameter as a last argument ?
7. Search Engine Optimization (SEO) | Basics
8. Mobile Search Engine Optimization (SEO)
9. Elasticsearch Search Engine | An introduction
10. Use EJS as Template Engine in Node.js
Article Contributed By :