The three sides of a right-angled triangle are as follows,

The below table shows the values of these functions at some standard angles,

Note: It is advised to remember the first 3 trigonometric functions and their values at these standard angles for ease of calculations.

Question 1: Evaluate sine, cosine, and tangent in the following figure. 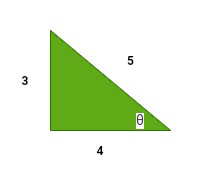 Using the trigonometric formulas for sine, cosine and tangent,

Question 2: In the same triangle evaluate secant, cosecant, and cotangent.

As it is known the values of sine, cosine and tangent, we can easily calculate the required ratios.

Question 5: In the given triangle, verify sin2θ+cos2θ = 1 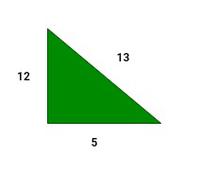