What are the Characteristics of Sound Waves?

Sound is nothing but the vibrations (a form of energy) that propagates in the form of waves through a certain medium. Different types of medium affect the properties of the wave differently. Does this mean that Sound will not travel if the medium does not exist? Correct. It will not, It is impossible for sound waves to travel in a vacuum. For different living beings, the audible frequency varies, for example, for humans, Sound waves that lie between the frequency of 20Hz to 20kHz are audible, All the frequencies lesser than this are infrasonic and all the frequencies above this frequency are ultrasonic for humans.

There are so many other characteristics of sound waves that affect the wave and its properties. Let’s take a look at them, 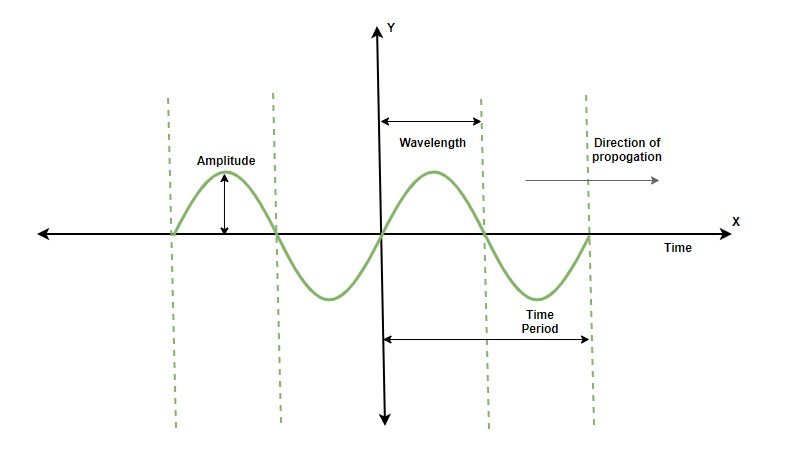 Note: The wave shown above is a transverse wave, but sound waves are known to be longitudinal in nature, they represented in longitudinal form for better understanding of the concepts

A Wavelength is defined as the minimum distance covered by the Wave before it starts repeating itself. The wavelength is actually a length parameter, hence, the SI unit of wavelength is meter. The sound wave is longitude in nature, and the combination of the distance of one complete rarefaction and compression gives wavelength. The symbol for the wavelength used is λ. 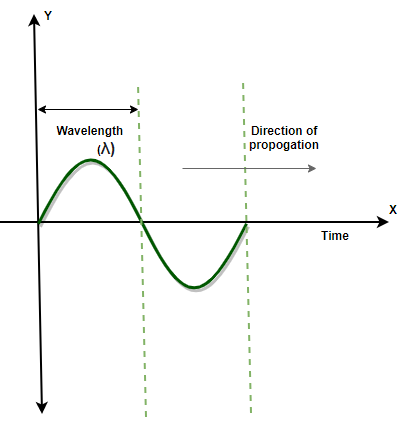 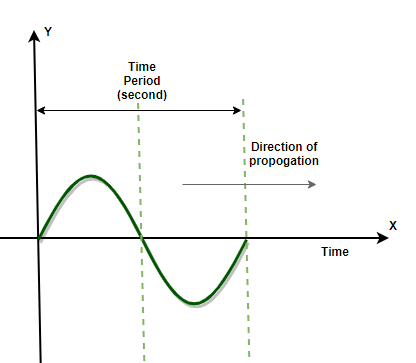 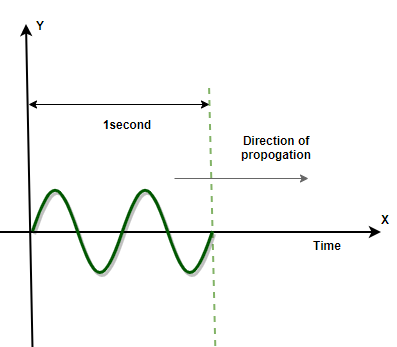 Note: The Time period and frequency of a wave are reciprocal to each other and therefore, if a wave has more Time period, it will have less frequency and vice versa.

Velocity of the wave 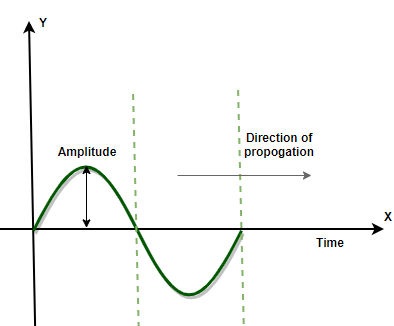 Question 1: Explain with the help of diagrams how a certain sound is louder than the other?

The loudness of any sound is determined by its amplitude. Higher the amplitude of the wave, louder is the sound. Below given two different figures are showing the sound waves of two different sounds, where the first sound is louder and the second sound is less loud (quieter) 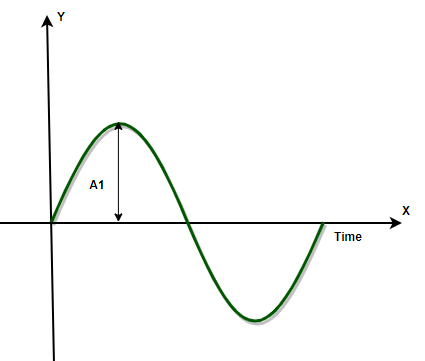 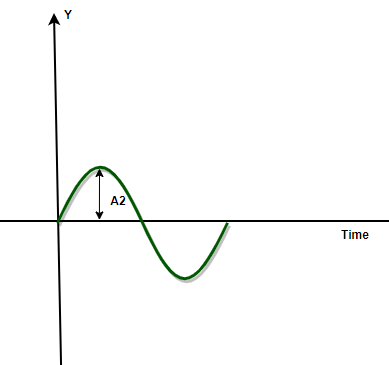 Question 2: The Time period of a wave is given as 20 milliseconds. What will be the frequency of this wave?

Question 3: Two waves having Frequencies of 10Hz and 50Hz are given. Which wave has more Time period?

The Time period for the first wave= 1/frequency

Question 4: Explain how the characteristics of a sound wave and a light wave differ from each other?

Difference between the characteristics of sound wave and light wave,