The sensation of being completely or nearly completely weightless is referred to as weightlessness. Weightlessness is a common feeling for astronauts circling the Earth. The feelings felt by orbiting astronauts are similar to those felt by anyone who has been suspended above a seat on an amusement park ride for a short period of time. In each of these circumstances, the reasons for the sense of weightlessness are the same.

Weightlessness is a terminology used to express the experience of being completely or nearly completely weightless. Weightlessness is a common sensation for astronauts in orbit around the Earth. These feelings felt by the astronauts in orbit are similar to those felt by anyone who has been momentarily suspended above the seat on an amusement park ride.

Why do we feel weightless?

Weightlessness occurs when the gravitational pull is zero. We feel weight because, after our body produces a force on the ground owing to gravitational attraction, the earth exerts an equal and opposite force on our body. When falling freely under g, there is no solid object that can impose a force on us, giving us the sensation of being weightless.

A person experiencing weightlessness feels as if no exterior items are touching his or her body. In other words, when all contact forces are gone, the experience of weightlessness exists. The sensations described above are frequent in free fall. The force of gravity is the sole force acting on the body during free fall. Gravity cannot be sensed without an opposing force since it is a non-contact force. When you’re in free fall, you’ll feel weightless because of this.

It’s vital to understand that weightlessness is only a sense, not a reality associated with someone who has lost weight. Weightlessness is more about the presence and absence of contact forces than it is about weight. 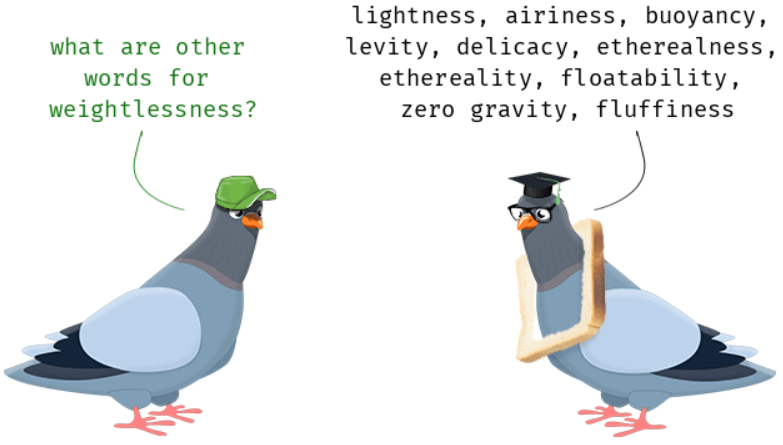 Why do Astronauts Feel weightless in Space?

Since there is no external contact force pushing or tugging on astronauts in space, they experience a sensation of weightlessness. The only force exerted on their body is gravity. Gravity is an action-at-a-distance force that can’t be felt, thus it can’t give you a sense of weight.

Many pupils believe that astronauts experience weightlessness because there is no gravitational pull in space. This isn’t correct. If this were true, the circular motion principles would be violated. If one believes that the absence of gravity in space is the cause of weightlessness, then why are people orbiting in space?

The force of gravity operating on an astronaut in space is unquestionably smaller than that acting on surface of the Earth. However, it is not modest enough to account for a significant weight loss. If space station is orbiting at height of 800 km above the Earth’s surface, the value of g will be lowered from 9.8 m/s2 to around 7.35 m/s2 at that position.

Weightlessness contrasts with contemporary human experiences that involve a non-uniform force, such as:

Problem 1: Why do we feel weightlessness in a space?

A person might feel weightlessness in space as there is nothing to oppose the force of gravity. Since, there is ground or normal force to be opposed for, so the person feels weightlessness.

Problem 2: Is it really zero gravity in space?

Some individuals believe that space has no gravity. In truth, there is a minor amount of gravity everywhere in space. The moon is held in orbit around Earth by gravity. Gravity, on the other hand, weakens with distance.

Problem 3: Imagine swinging back and forth on a swing on a swing set. When do you feel “weightless?”

Only when you have a net zero force will you feel weightless.

You must not be speeding despite the fact that you are moving. You’re catapulted up at the top of the swing, and you’ll experience a net zero force owing to your upward momentum, which is equivalent to gravitational force but in the opposite (upward) direction. This situation happens when you are still in the air, i.e. at the top of the swing.

Problem 4: Is the gravity smaller or greater in space than gravity on the Earth?

The force of gravity operating on an astronaut in space is unquestionably smaller than that acting on the surface of the Earth. However, it is not modest enough to account for a significant weight loss.

Problem 5: What are the ways to avoid weightlessness?

Contact or normal or non-uniform force is required to avoid weightlessness. Drag, aerodynamic lift and thrust are all non-uniform forces that operate on a point or surface rather than acting on an object’s total mass, resulting in the weight phenomenon.