One of the most important things in the field of Data Science is the skill of getting the right data for the problem you want to solve. Data Scientists don’t always have a prepared database to work on but rather have to pull data from the right sources. For this purpose, APIs and Web Scraping are used.

Web scraping is a technique to fetch data from websites. While surfing on the web, many websites don’t allow the user to save data for private use. One way is to manually copy-paste the data, which both tedious and time-consuming. Web Scraping is the automatic process of data extraction from websites. This process is done with the help of web scraping software known as web scrapers. They automatically load and extract data from the websites based on user requirements. These can be custom built to work for one site or can be configured to work with any website.

There are several web scraping tools out there to perform the task and various languages too, having libraries that support web scraping. Among all these languages, R is considered as one of the programming languages for Web Scraping because of features like – a rich library, easy to use, dynamically typed, etc. The commonly used web Scraping tools for R is rvest.
Prerequisites: 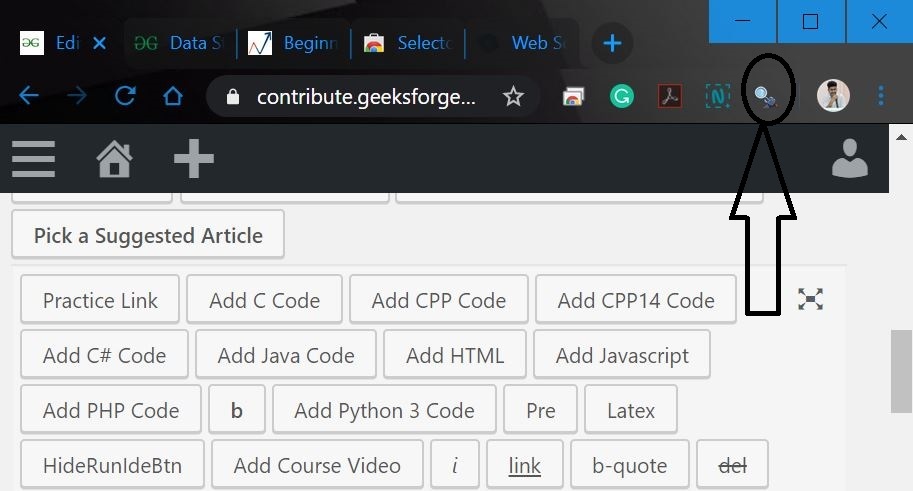 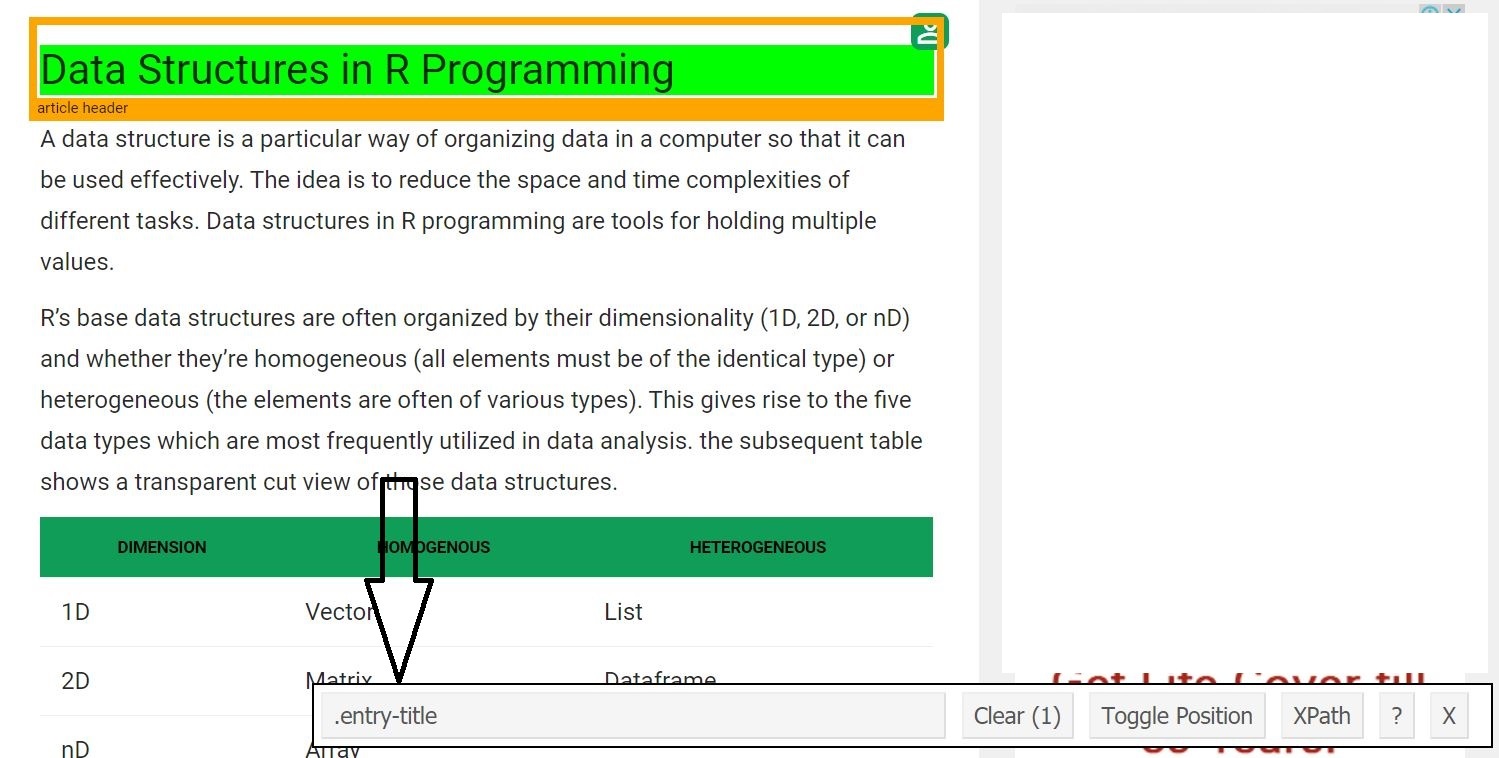 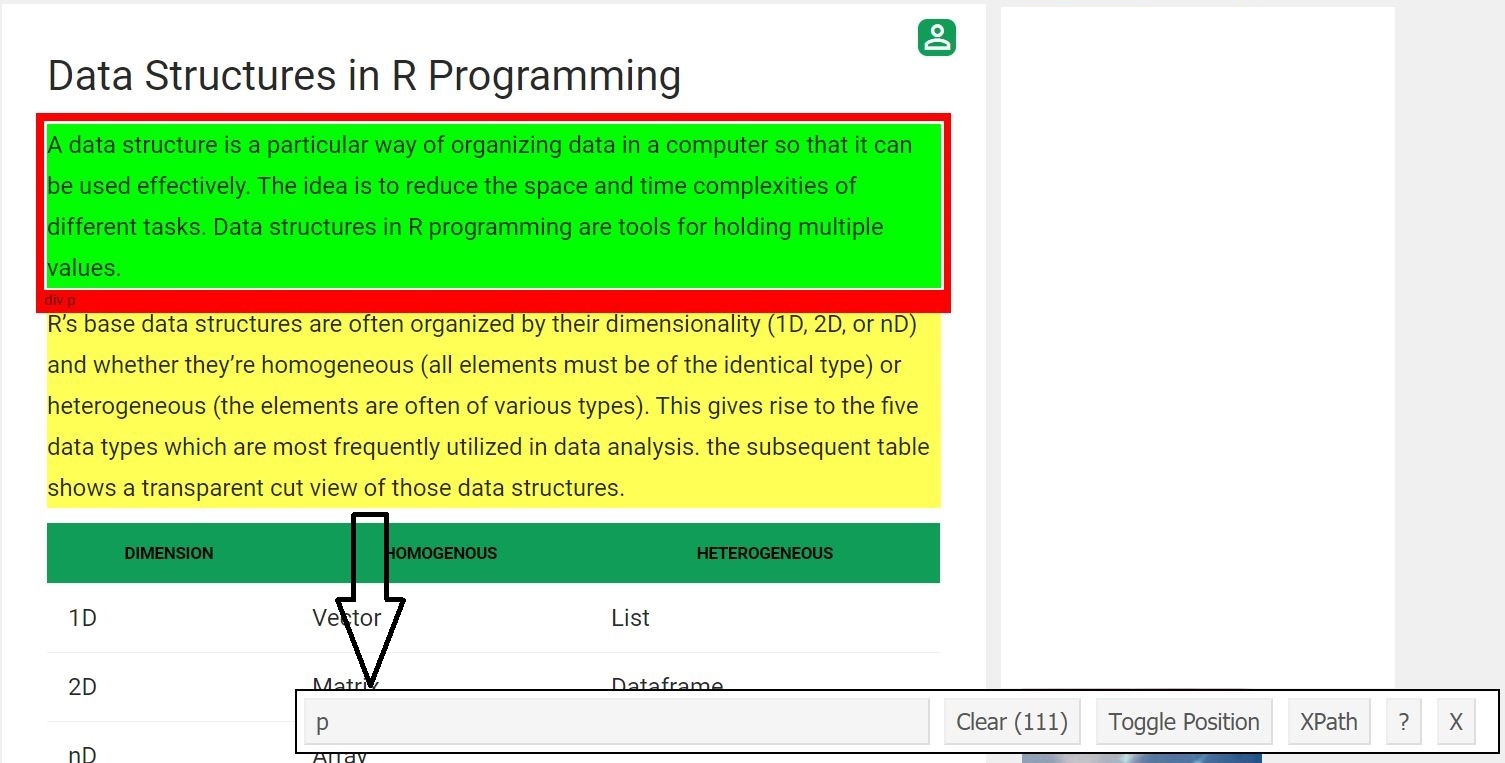 [1] “A data structure is a particular way of organizing data in a computer so that it can be used effectively. The idea is to reduce the space and time complexities of different tasks. Data structures in R programming are tools for holding multiple values. ”
[2] “R’s base data structures are often organized by their dimensionality (1D, 2D, or nD) and whether they’re homogeneous (all elements must be of the identical type) or heterogeneous (the elements are often of various types). This gives rise to the five data types which are most frequently utilized in data analysis. the subsequent table shows a transparent cut view of those data structures.”
[3] “The most essential data structures used in R include:”
[4] “”
[5] “A vector is an ordered collection of basic data types of a given length. The only key thing here is all the elements of a vector must be of the identical data type e.g homogeneous data structures. Vectors are one-dimensional data structures.”
[6] “Example:”