Vulscan is a free and open-source tool available on GitHub. Vulscan uses nmap as the main scanner to scan the IP addresses and domains, the easiest and useful tool for reconnaissance of network. Vulscan interface is very similar to Metasploit 1 and Metasploit 2 which makes it easy to use. This tool provides a command-line interface that you can run on the Kali Linux terminal in order to scan hosts and domains. This tool can be used to get information about our target(domain) which can be a website or an IP address or a domain. The interactive console provides a number of helpful features, such as command completion and contextual help. Vulscan is a web reconnaissance tool that uses NSE script. Vulscan has NSE scripts that give additional features to nmap to detect and find vulnerabilities and further which can be used to perform exploitation.  Nse scripts have many modules such as network discovery and backdoor detection. It has so many modules such as database interaction, built-in convenience functions, interactive help, and command completion. Vulscan provides a powerful environment in which open source web-based reconnaissance can be conducted and you can gather all information about the target. 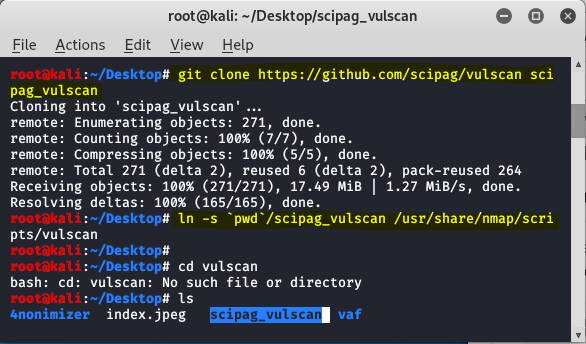 Step 2: Now use the following command to move into the directory of the tool. Use the second command to list out the contents of the tool 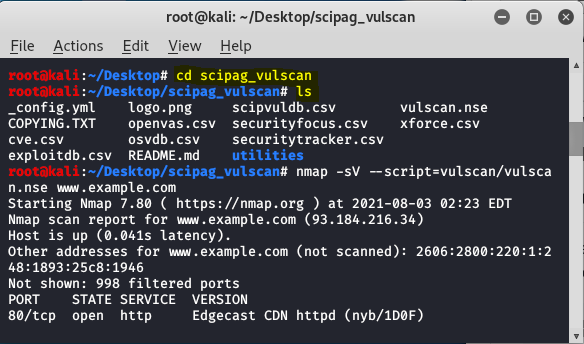 The tool has been downloaded and installed successfully now we will see an example to use the tool.

Example 1: Use the following command to scan a domain using the vulscan tool. 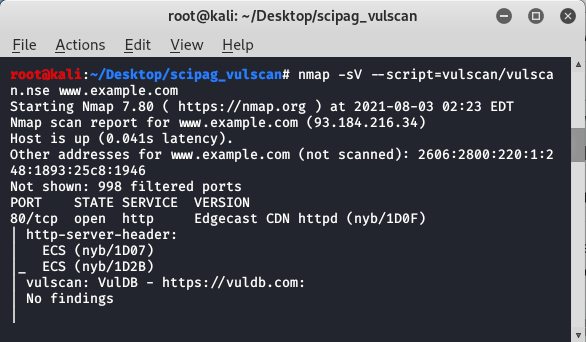 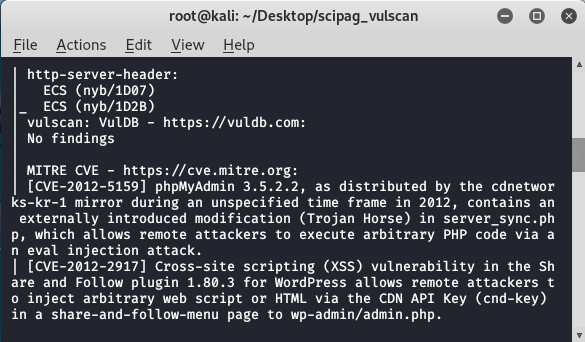