In this article, we will discuss the VS Code setup required for break-point debugging. Firstly create a file launch.json that configures the VS Code to launch the GDB debugger at the beginning of the debugging process. Then create a file tasks.json that tells VS Code how to build (compile) the program. Finally, make some changes to the console settings and implements the build and debugging.

Program:
Let below be the code for the demonstrate purposes:

This file pertains to information like the name of the debugger, path to the debugger, current CPP file’s directory, and console regarding data. Below is the code in the file launch.json:

Important terms in launch.json: You can either use entirely code given above or otherwise you may use the code generated in your machine automatically. In both cases, you have to take some precautions. Firstly, make sure that the attribute “externalConsole” is marked as true (we will understand its significance later in this topic). Then check whether the property “miDebuggerPath” points to the gdb debugger correctly. Let us discuss these attributes in detail: 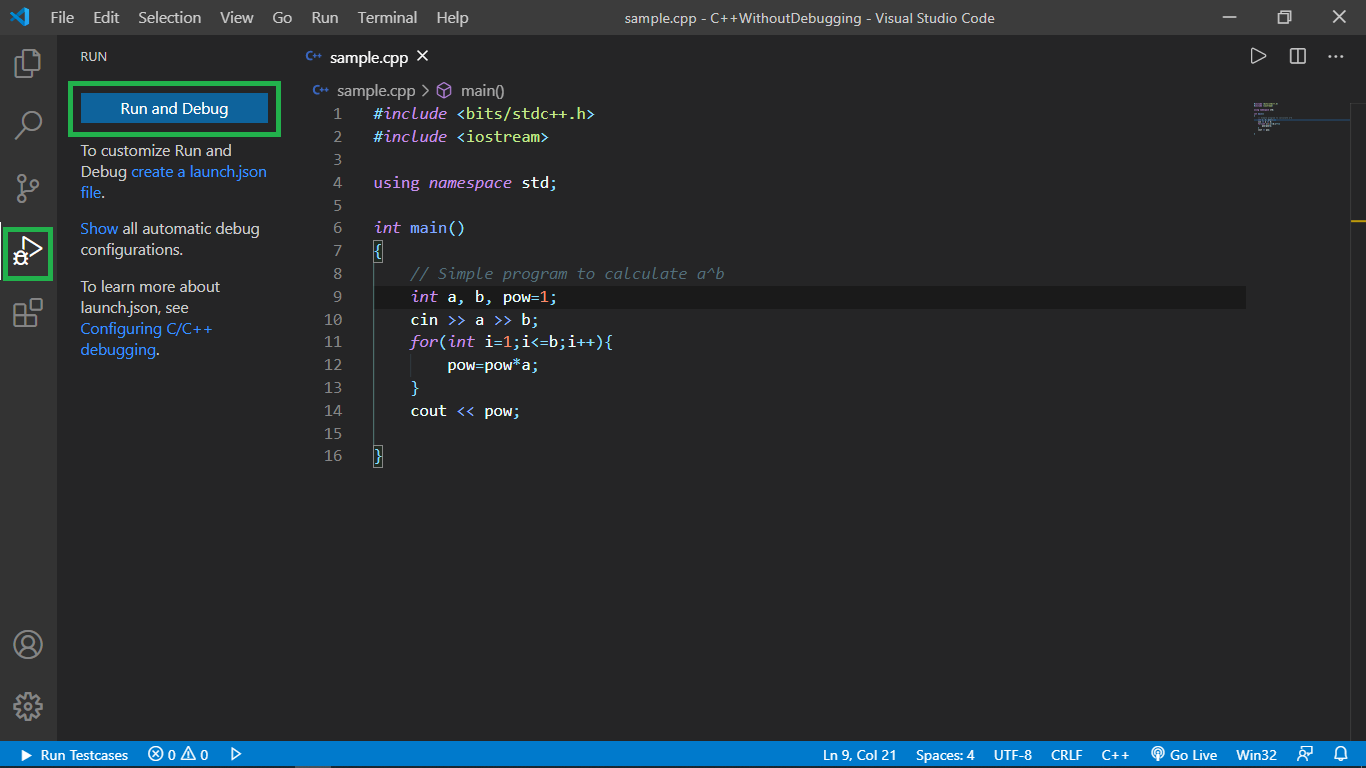 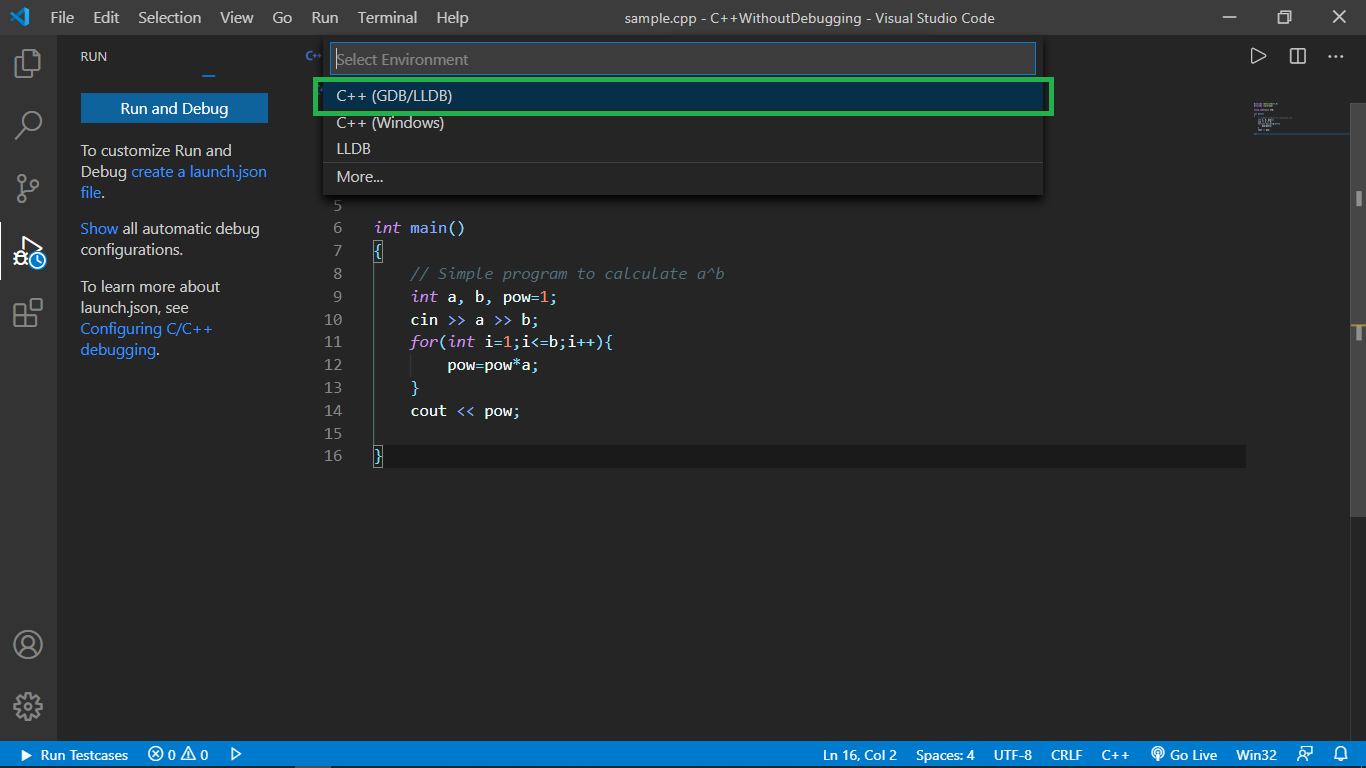 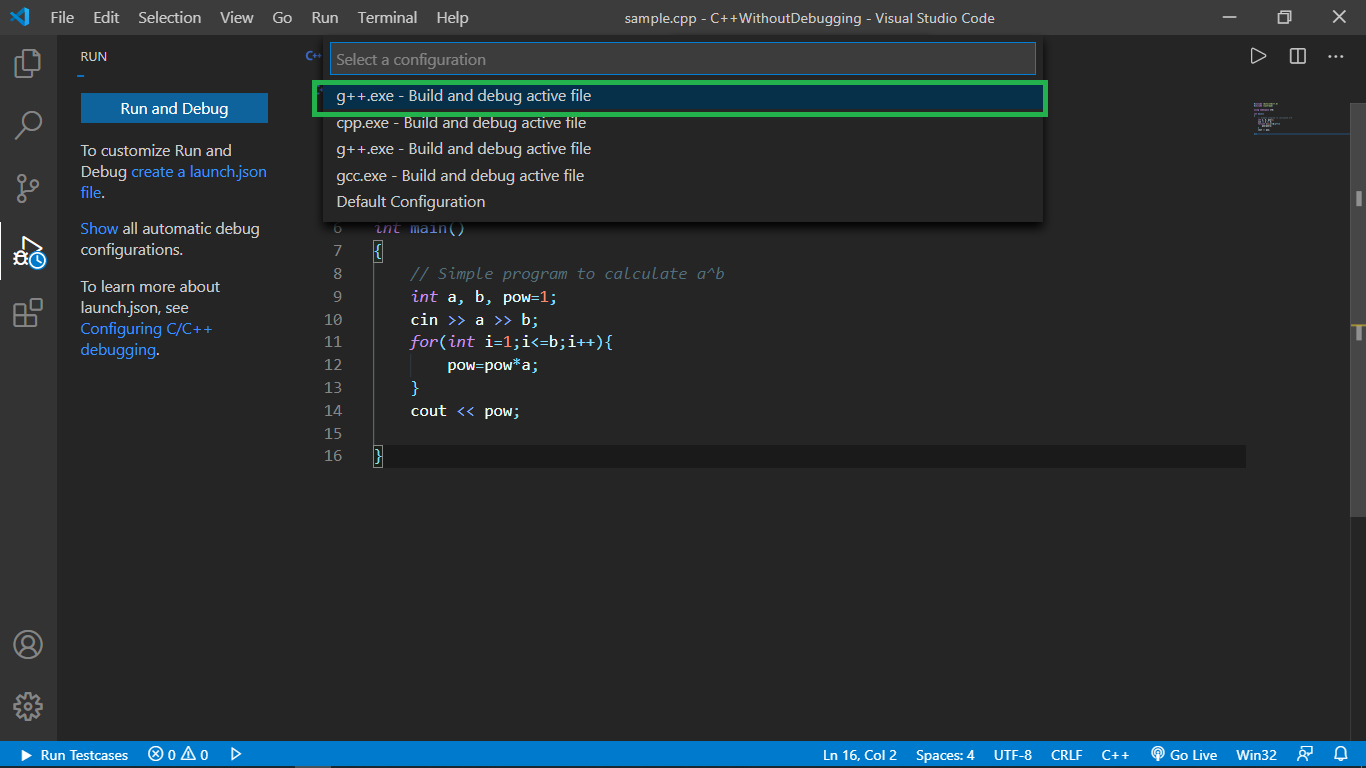 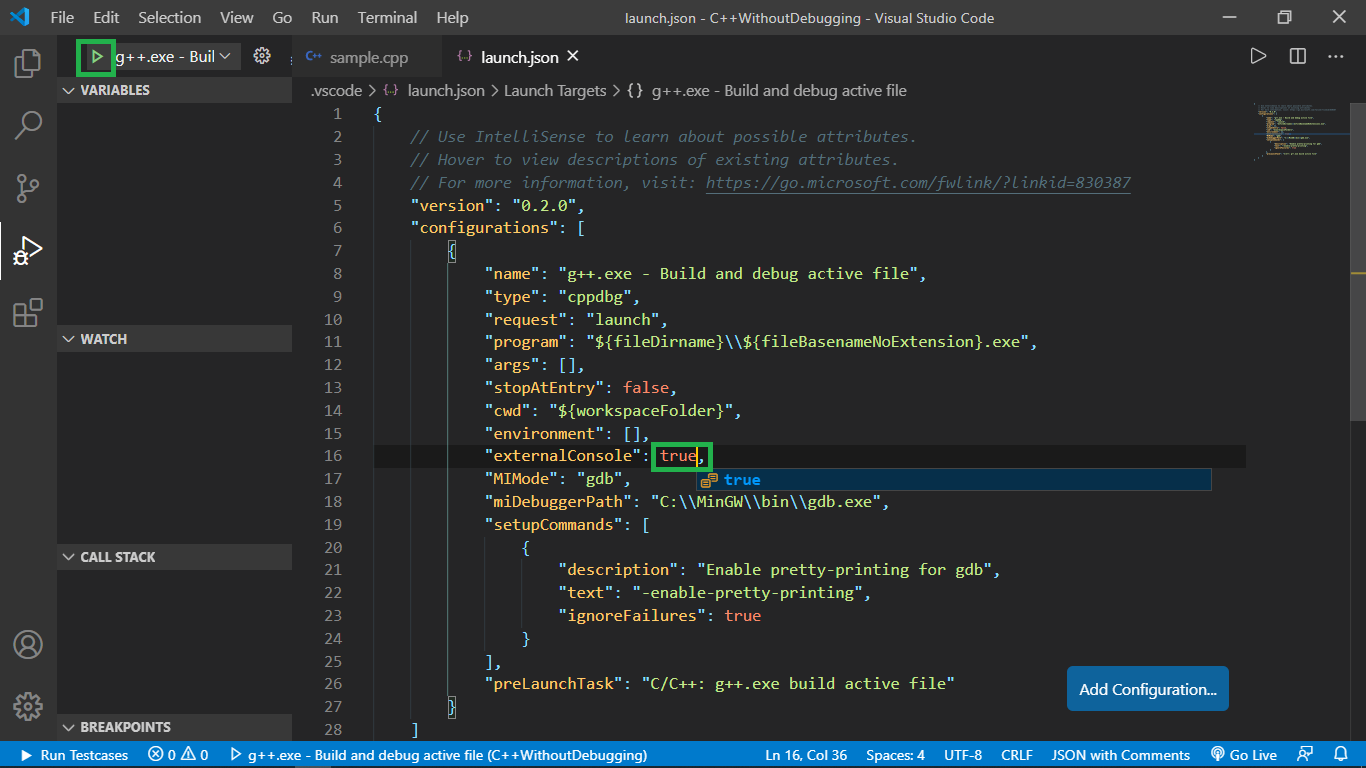 This file contains information like the commands used for compilation, the compiler’s address, the same label as in launch.json, and some other information. Below is the code in the file task.json:

Important terms in task.json: The above mentioned tasks.json file can be used entirely without caution. However, the only thing to take care of is that the label of tasks.json should match with preLaunchTask of Launch.json. Let’s discuss some terms in more detail: 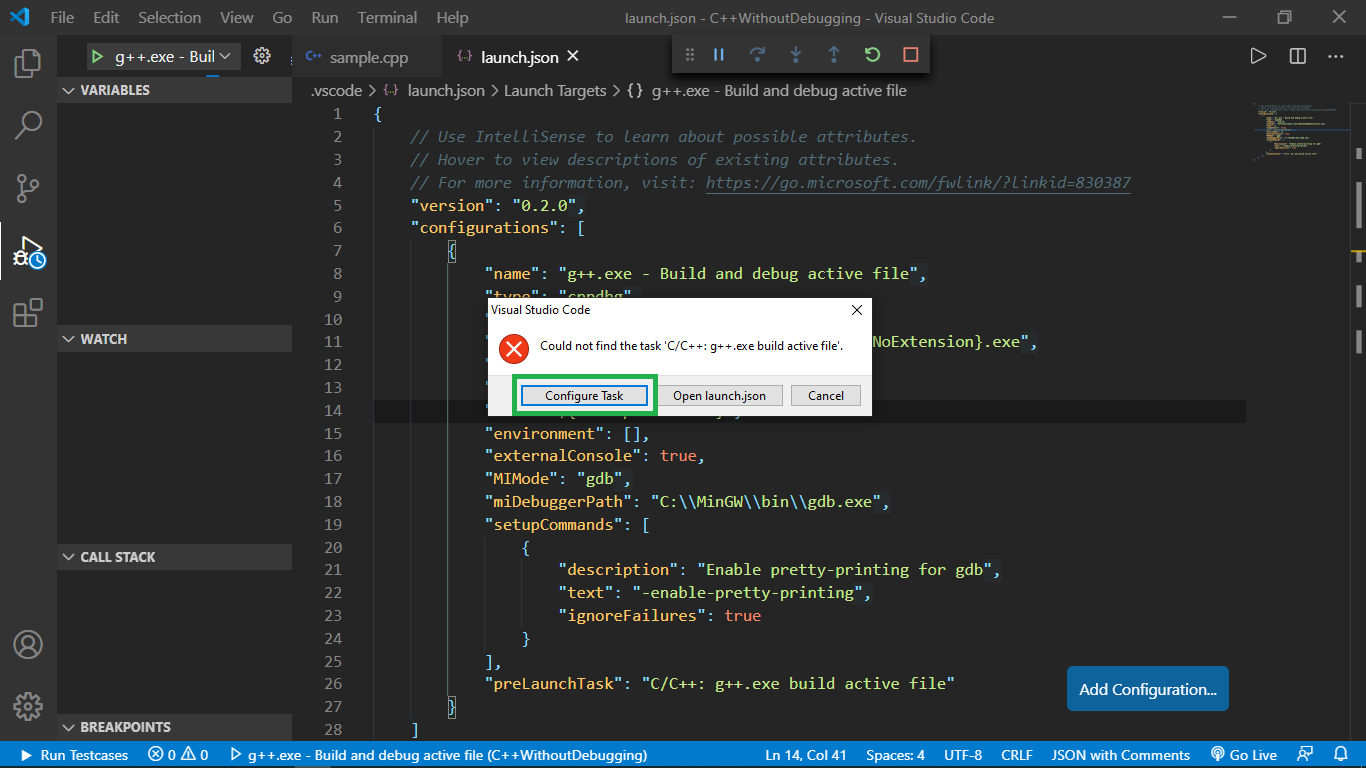 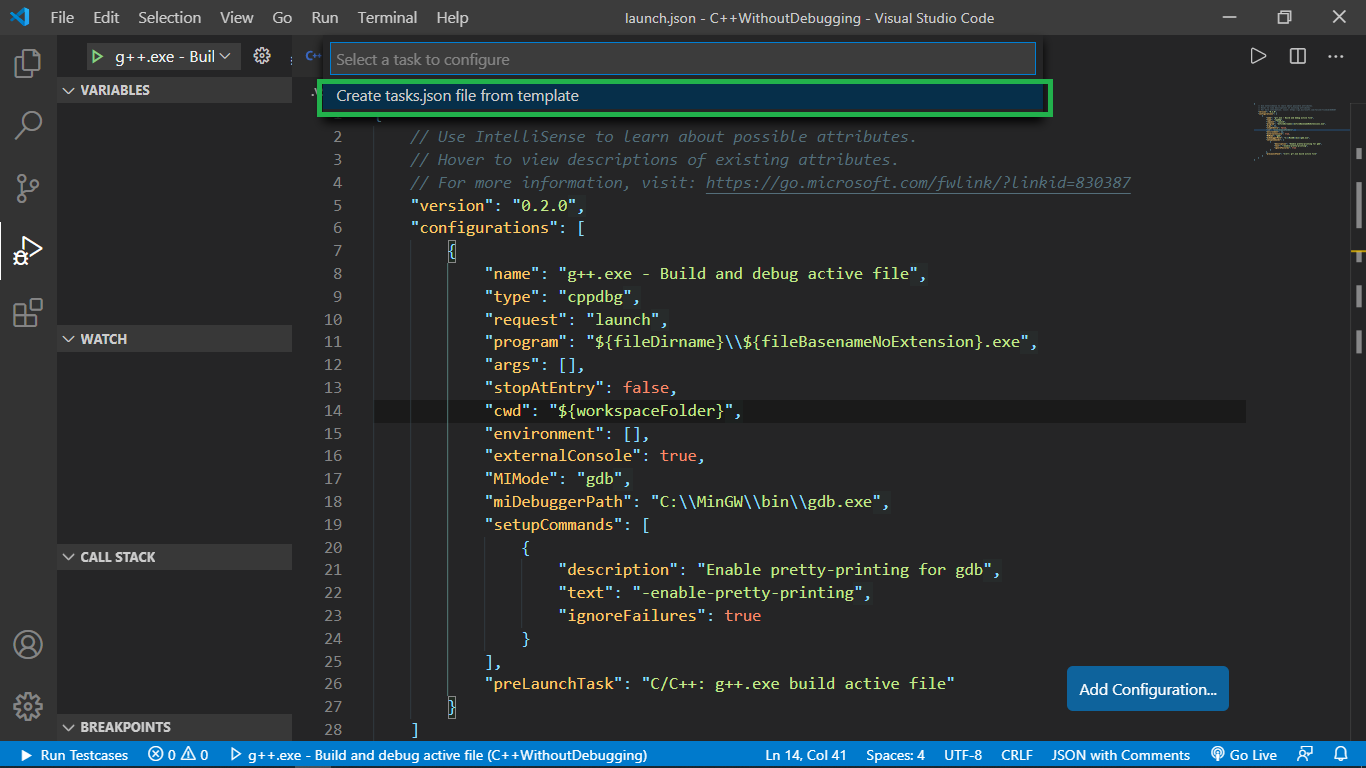 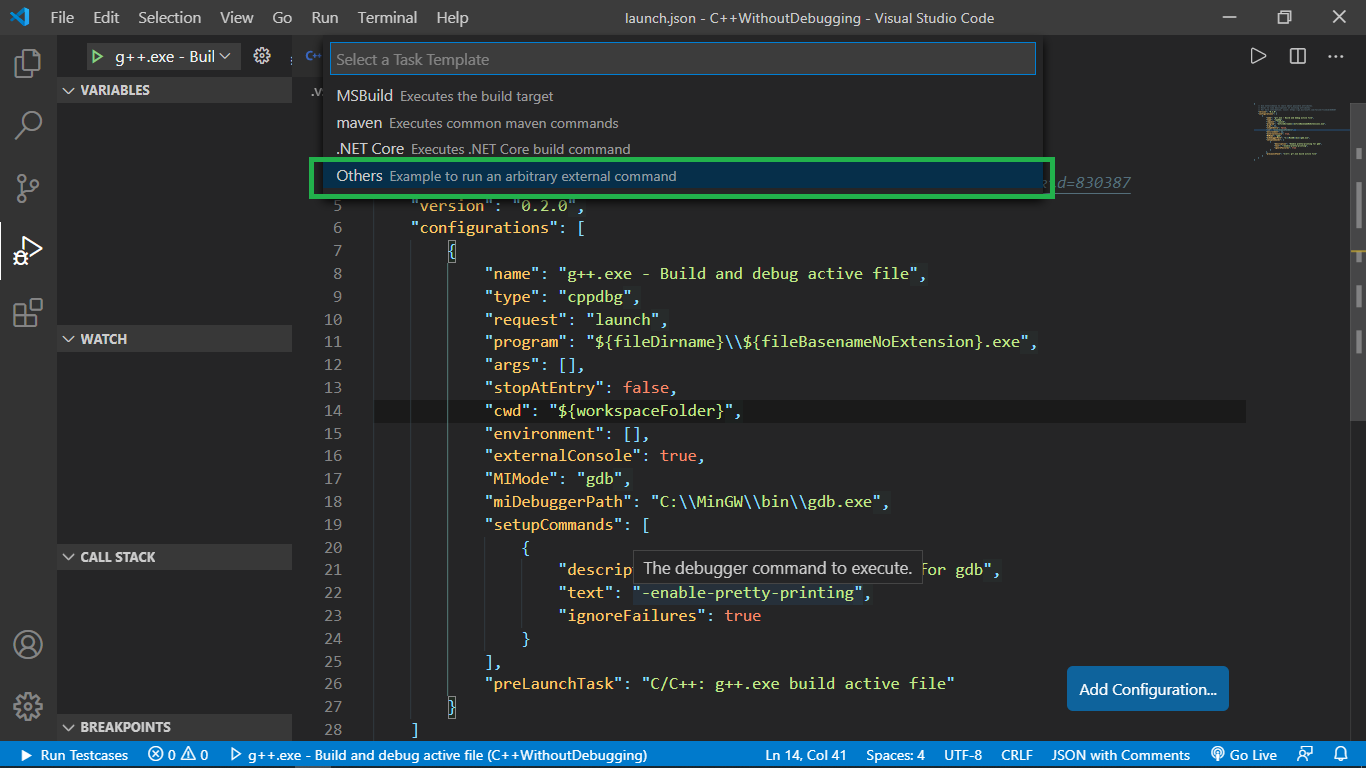 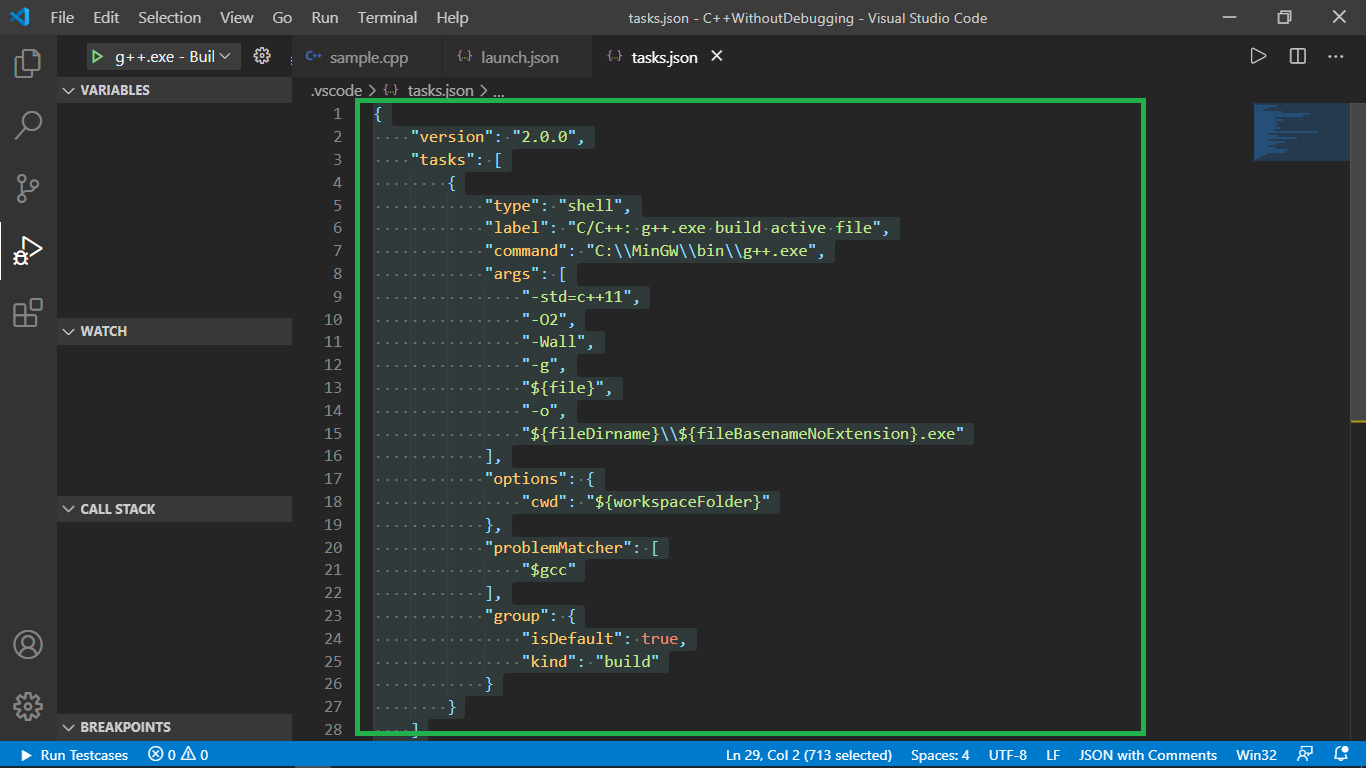 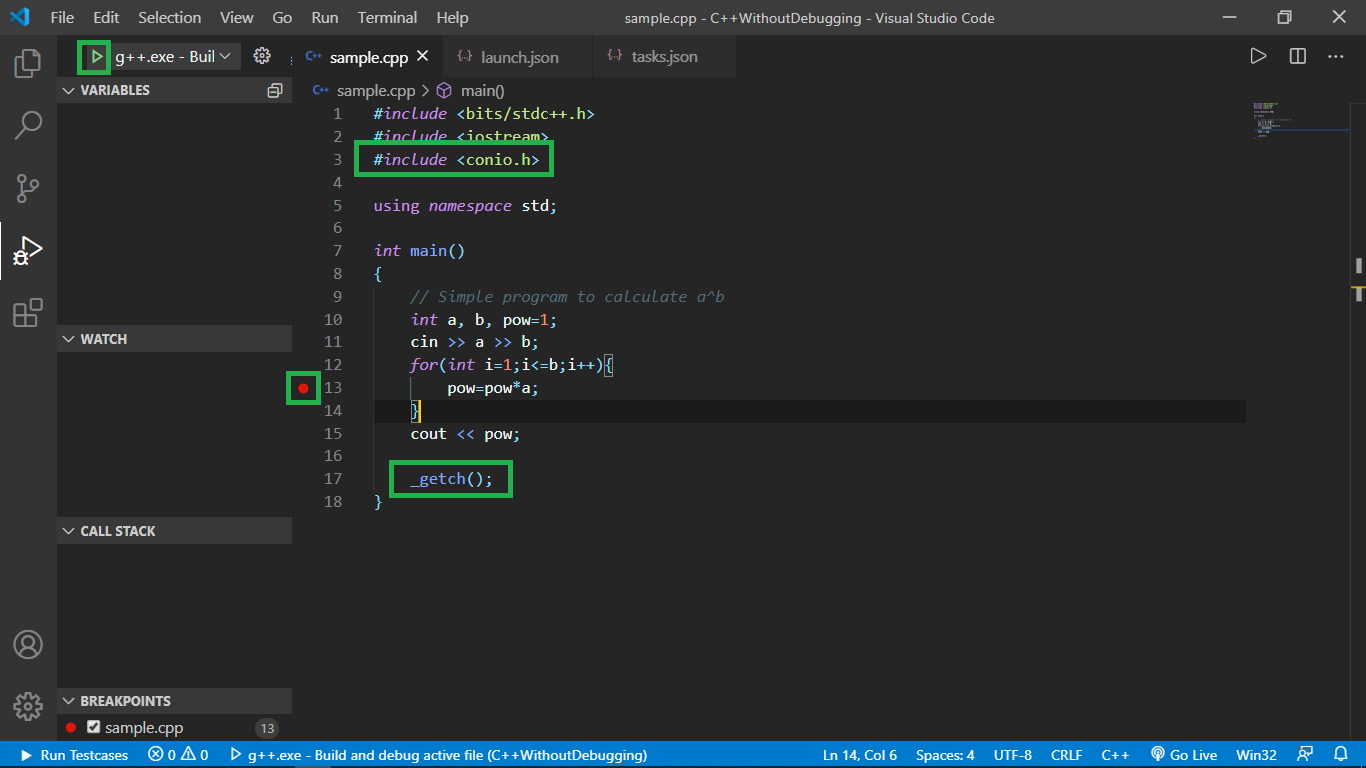 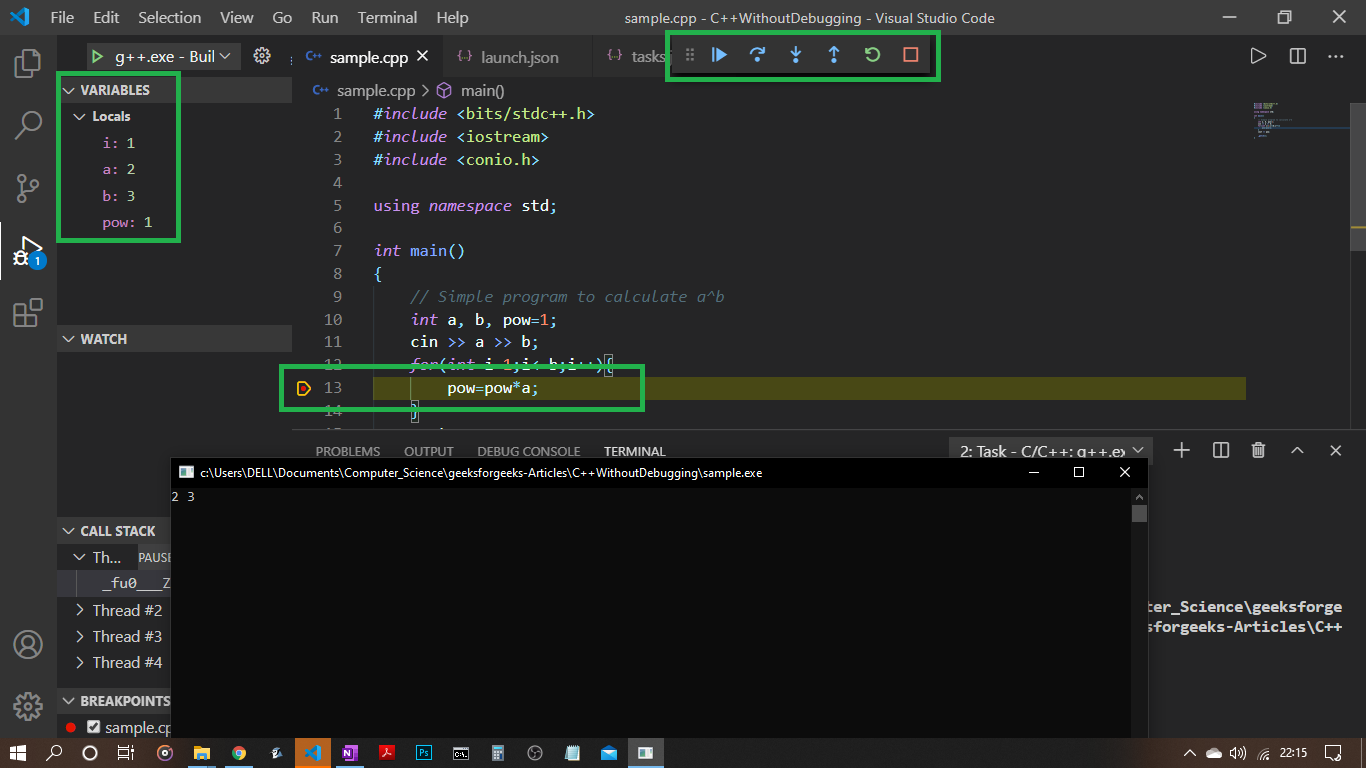 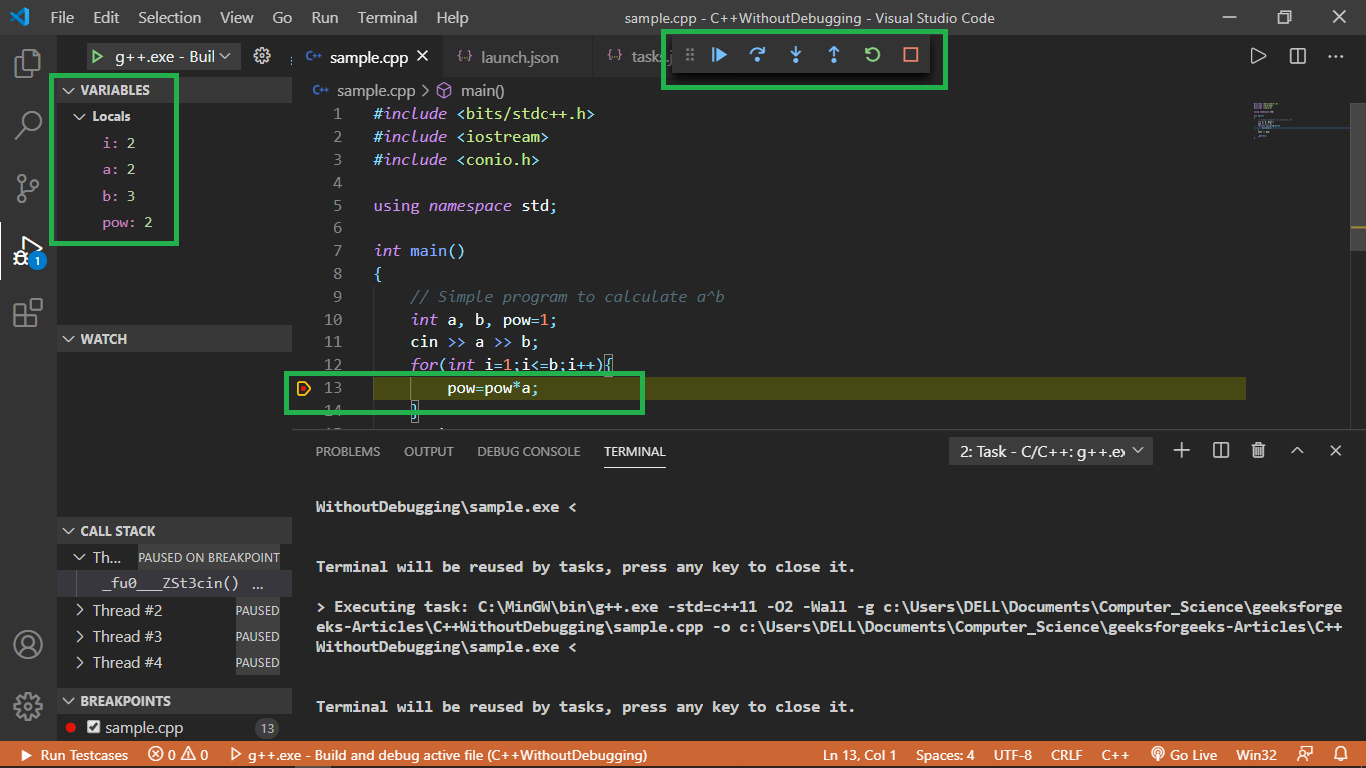 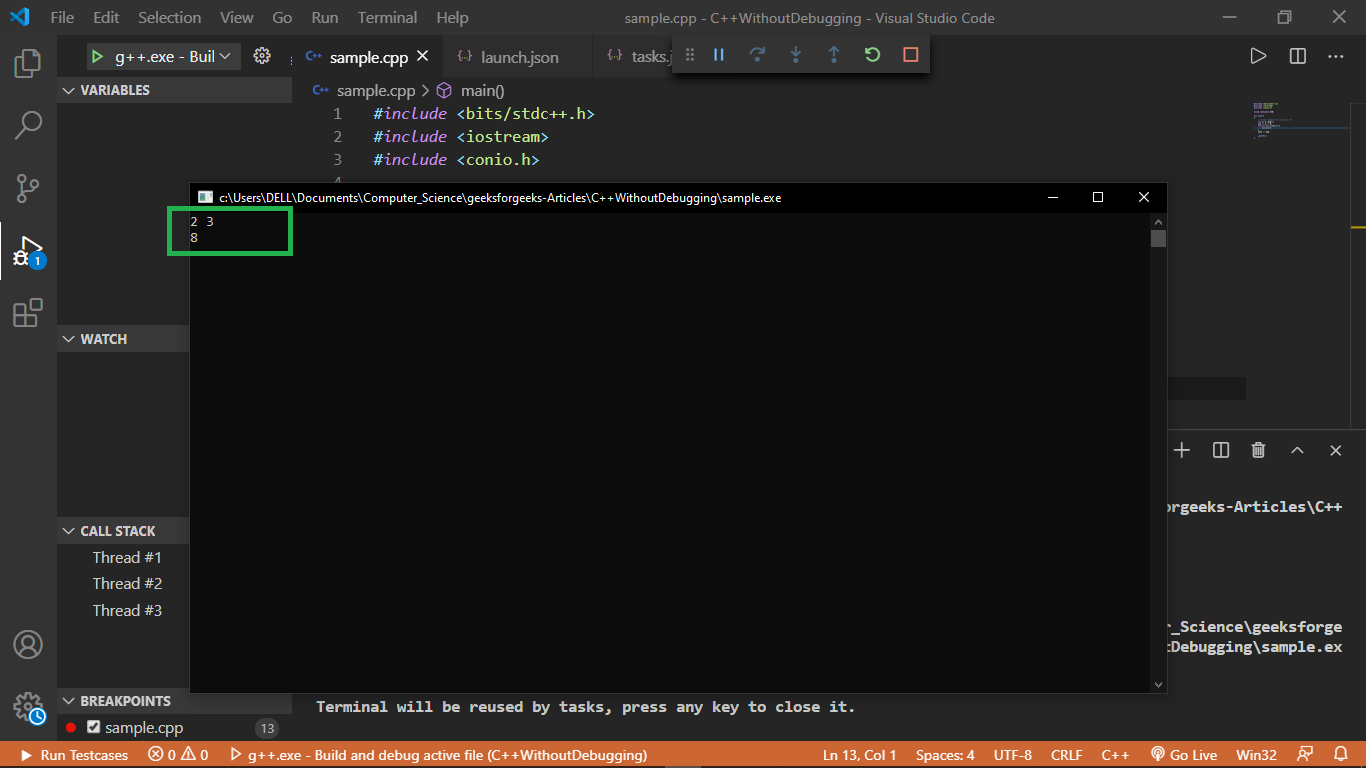