Volume Testing is a type of software testing which is carried out to test a software application with a certain amount of data. The amount used in volume testing could be a database size or it could also be the size of an interface file that is the subject of volume testing.

Volume Testing Attributes:
Following are the important attributes that are checked during the volume testing:

Volume Testing is a type of Performance Testing. 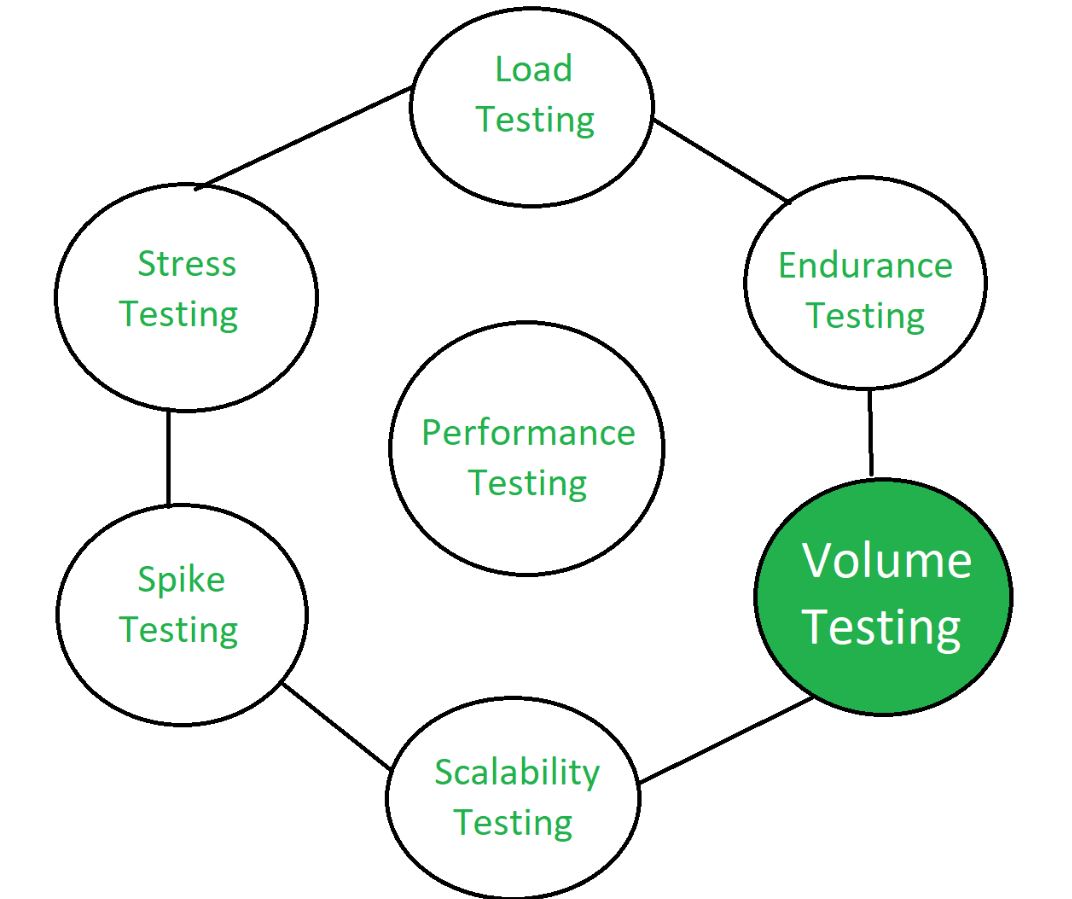