A voice dependent email system is an android solution which allows the user to send and receive emails without using any visual features, which means everything can be done by voice commands. This application is designed and engineered especially for people with visual disabilities. According to a survey, around 250 million and more visually challenged or visually impaired are present in this world. That means around 250 million people are deprived or unaware of the science boon i.e. Internet. They are fully dependent on the people with sight for their work. They are unable to use the internet and many facilities provided by it. Among that the main and basic feature is sending and reading mails. People who are visually impaired cannot access the normal type of email system so they have to depend on others, but this application will enable them to send and receive emails with voice commands and minimal action which can be carried out by themselves. So by using this voice-based email system, they can take a step forward to independently use the benefits of the internet. This application is also useful for normal people who don’t like to type so much, they can just use this application to compose a whole email by voice commands only. Project  WE-Talk is a sort of aid to the visually impaired people by giving them access to the basic and mandatory features of the internet i.e. emails.

The Flow of The Project 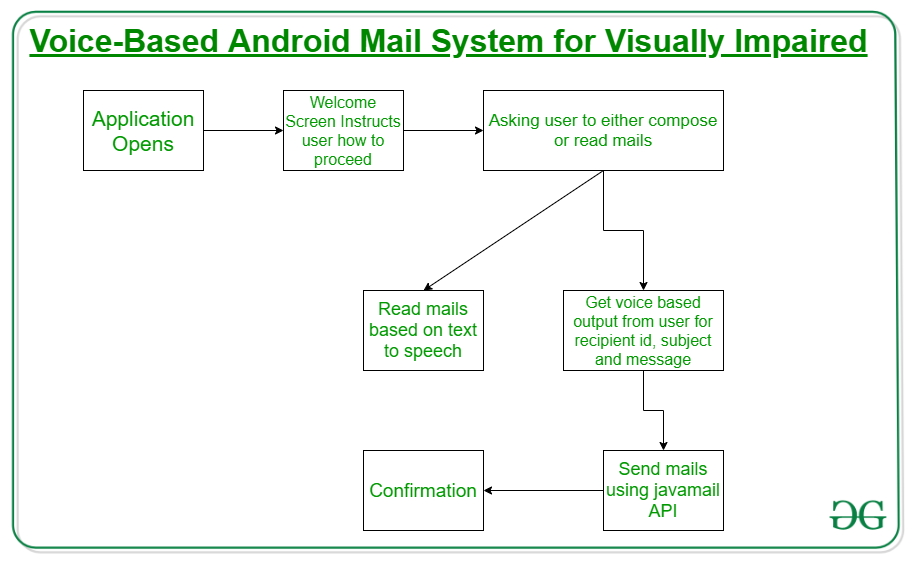 Let’s first discuss the tools and libraries used in building this module of the project.