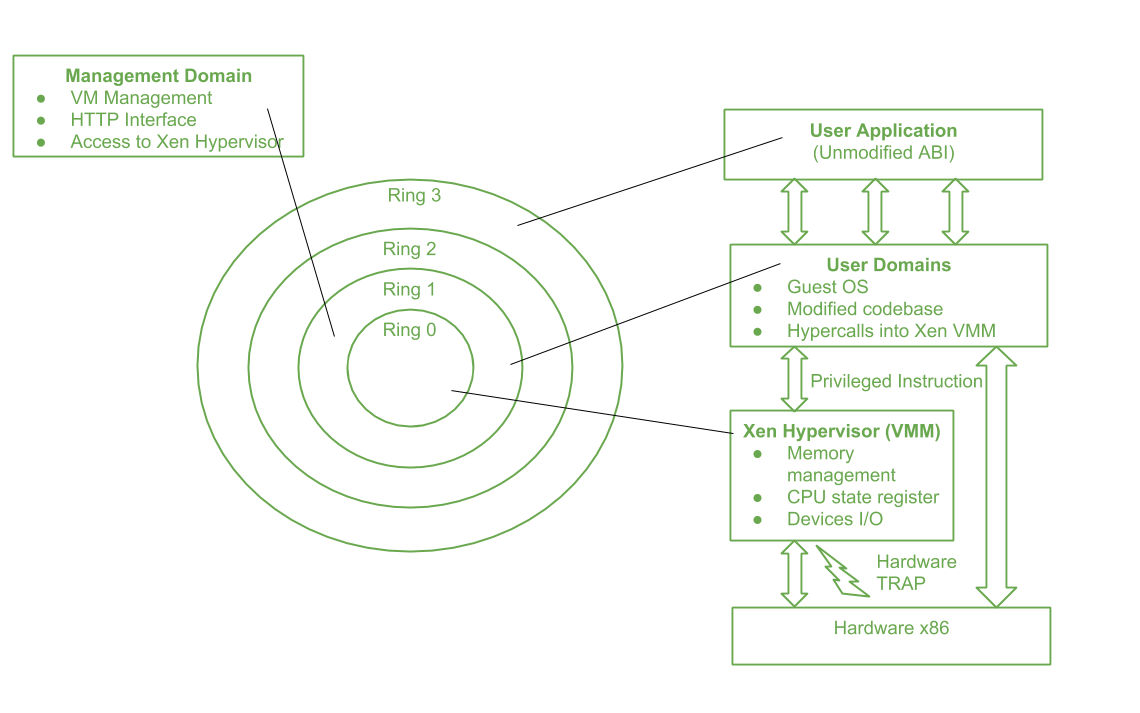 This condition is basically occurred by a subset of system calls. To eliminate this situation, implementation in operating system requires a modification and all the sensitive system calls needs re-implementation with hypercalls. Here, hypercalls are the particular calls revealed by the virtual machine (VM) interface of Xen and by use of it, Xen hypervisor tends to catch the execution of all the sensitive instructions, manage them, and return the control to the guest OS with the help of a supplied handler.

Paravirtualization demands the OS codebase be changed, and hence all operating systems can not be referred to as guest OS in a Xen-based environment. This condition holds where hardware-assisted virtualization can not be free, which enables to run the hypervisor in Ring 1 and the guest OS in Ring 0. Hence, Xen shows some limitations in terms of legacy hardware and in terms of legacy OS.

In fact, these are not possible to modify to be run in Ring 1 safely as their codebase is not reachable, and concurrently, the primary hardware hasn’t any support to execute them in a more privileged mode than Ring 0. Open source OS like Linux can be simply modified as its code is openly available, and Xen delivers full support to virtualization, while components of Windows are basically not compatible with Xen, unless hardware-assisted virtualization is available. As new releases of OS are designed to be virtualized, the problem is getting resolved and new hardware supports x86 virtualization.