Full Virtualization and Binary Translation –
VMware is widely used as it tends to virtualize x86 architectures, which executes unmodified on-top of their hypervisors. With the introduction of hardware-assisted virtualization, full virtualization is possible to achieve by support of hardware. But earlier, x86 guest operating systems unmodified in a virtualized environment could be executed only with the use of dynamic binary translation.

Since the set of sensitive instruction is not a subset of privileged instruction, x86 architecture design is not satisfy the first theorem of virtualization. Due to this different behaviour occurs while such instructions are not run in the Ring 0, which is normal in a virtualization environment where the guest OS is run in Ring 1. Basically, a trap is created, and the method in which it manages differentiation of the solution in which virtualization is applied for x86. In dynamic binary translation, the trap encounters the translation of interrupts or offending instructions into a corresponding set of instructions that establishes the same target without making exceptions. In addition, to expand performance, the corresponding set of instruction is cached, so the translation is not important anymore for further encounters of the same instructions. Below is the figure which demonstrates it. 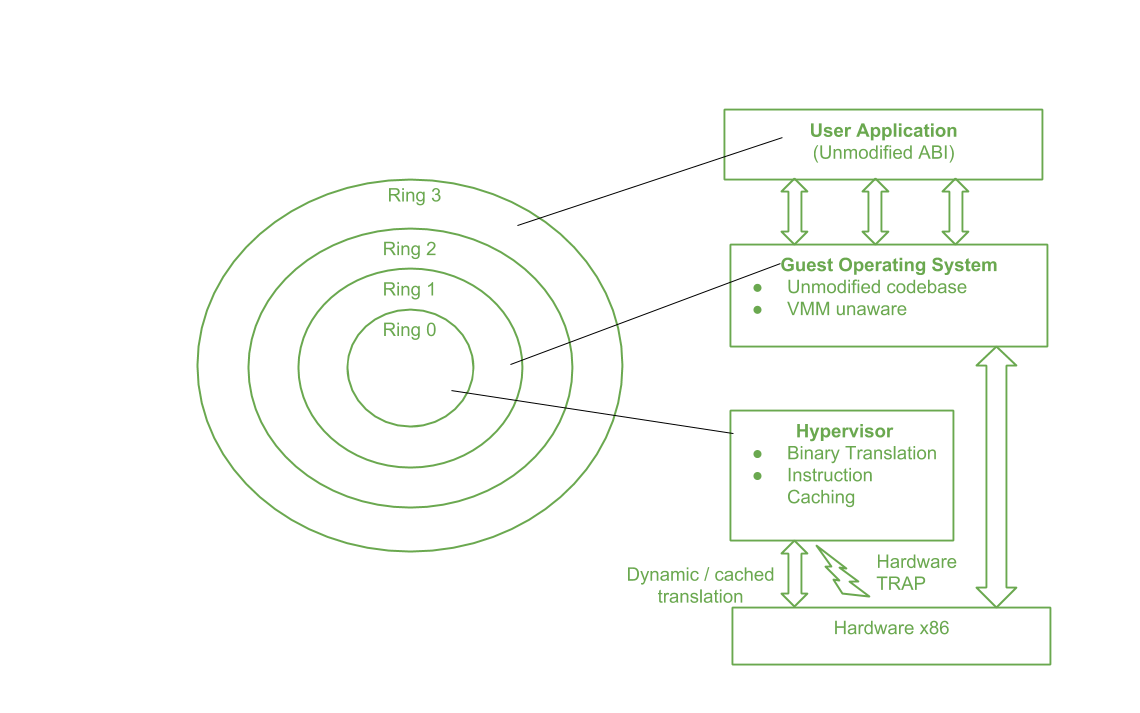