Every node in VTCSMA uses 2 types of clocks:

The rate of VC is greater than the RC.

If many nodes transfer the message signal at the same time, then collision may occur. If a collision occurs while transferring the signal, then the next signal is transmitted using the probability of p or (1-p) after the channel is idle. 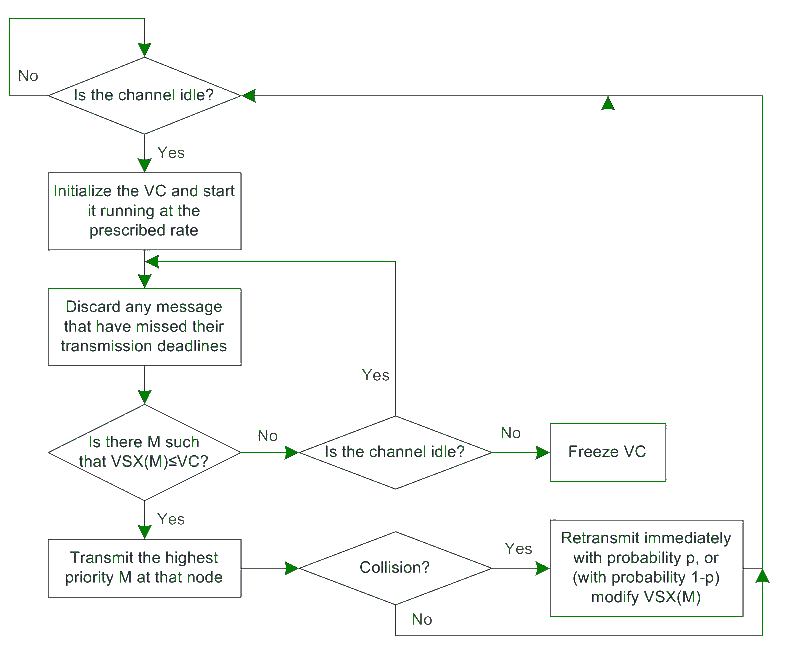 The basic idea of using Virtual Time CSMA instead of CSMA is to incorporate the priority to the nodes or devices in the real-time system. Global ordering of priorities can be achieved using a priority function of the current time RC and VC and some other parameters, which makes Virtual Time CSMA better and efficient as compared to that of CSMA.

VTCSMA is generally used in the Broadcast network.