Virtual base class in C++

Need for Virtual Base Classes:
Consider the situation where we have one class A .This class is A is inherited by two other classes B and C. Both these class are inherited into another in a new class D as shown in figure below. 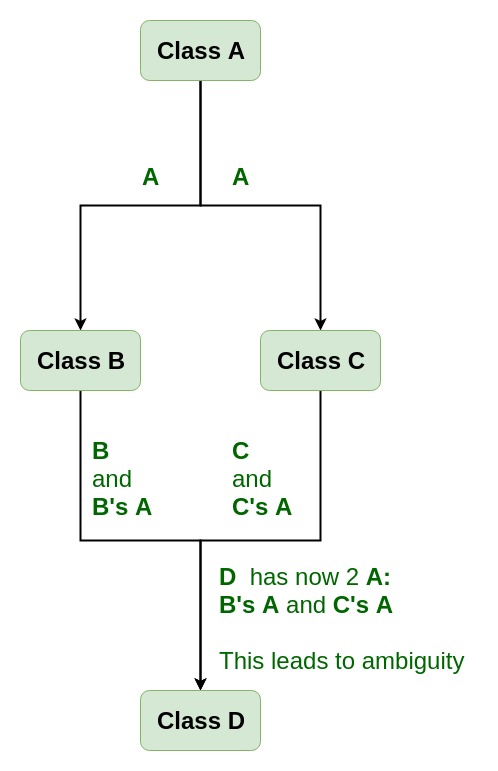 Example: To show the need of Virtual Base Class in C++

How to resolve this issue?
To resolve this ambiguity when class A is inherited in both class B and class C, it is declared as virtual base class by placing a keyword virtual as :

Syntax for Virtual Base Classes:

Note: virtual can be written before or after the public. Now only one copy of data/function member will be copied to class C and class B and class A becomes the virtual base class.
Virtual base classes offer a way to save space and avoid ambiguities in class hierarchies that use multiple inheritances. When a base class is specified as a virtual base, it can act as an indirect base more than once without duplication of its data members. A single copy of its data members is shared by all the base classes that use virtual base.