ViewPager is a layout manager that allows the user to flip left and right through pages of data. It is mostly found in apps like Youtube, Snapchat where the user shifts right – left to switch to a screen. Instead of using activities fragments are used. It is also used to guide the user through the app when the user launches the app for the first time.

An adapter populates the pages inside the Viewpager. PagerAdapter is the base class which is extended by FragmentPagerAdapter and FragmentStatePagerAdapter. Let’s see a quick difference between the two classes.

Following is the structure of the ViewPagerAdapter Class: 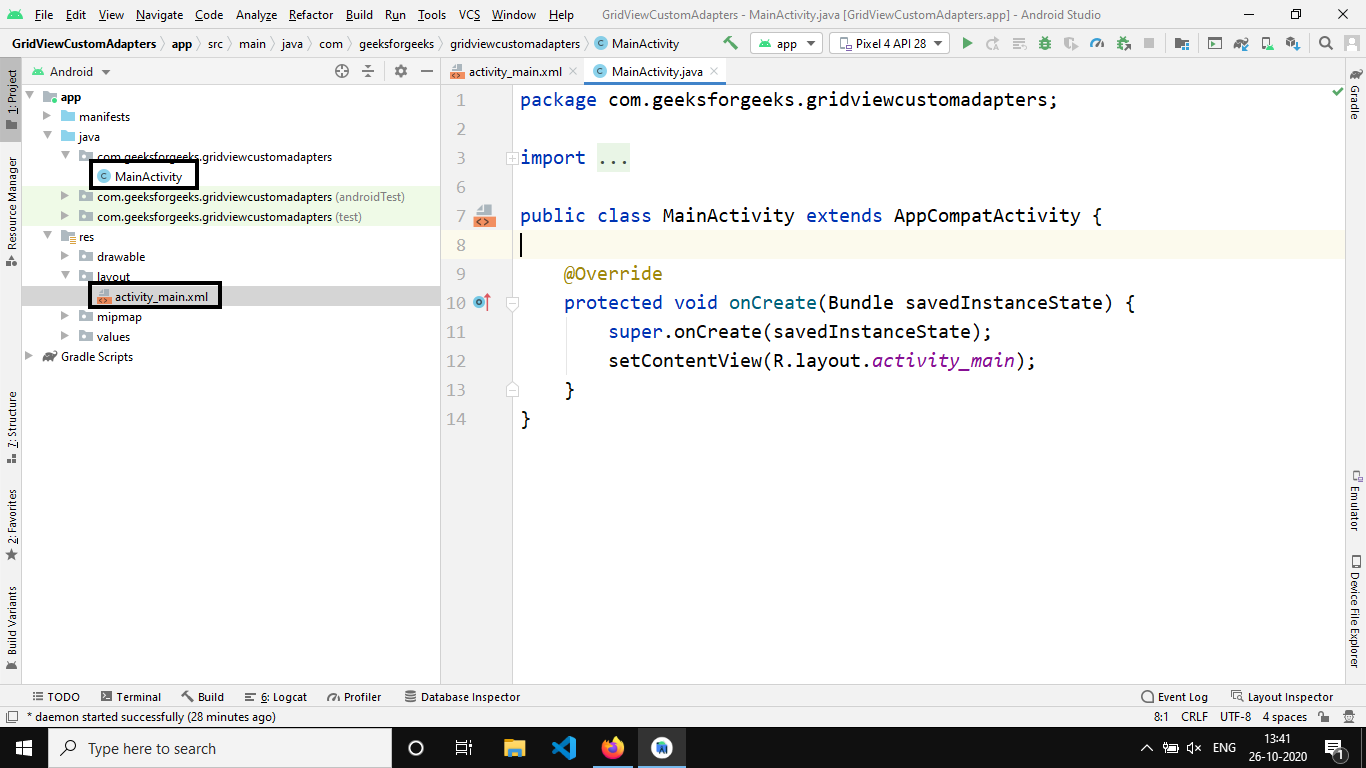 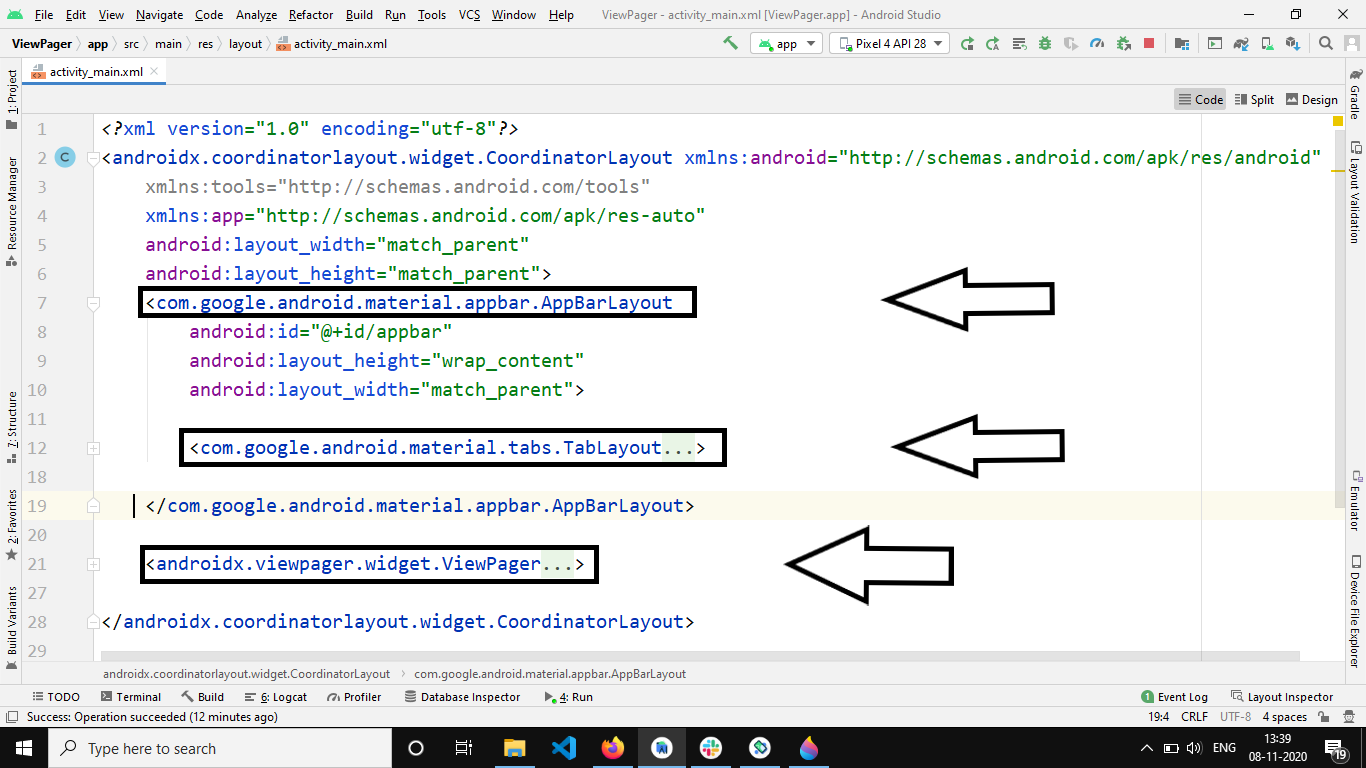 The three widgets AppBarLayout used to host the TabLayout which is responsible for displaying the page titles. ViewPager layout which will house the different fragments. The below Image explains the important parameters to set to get the app working as intended. 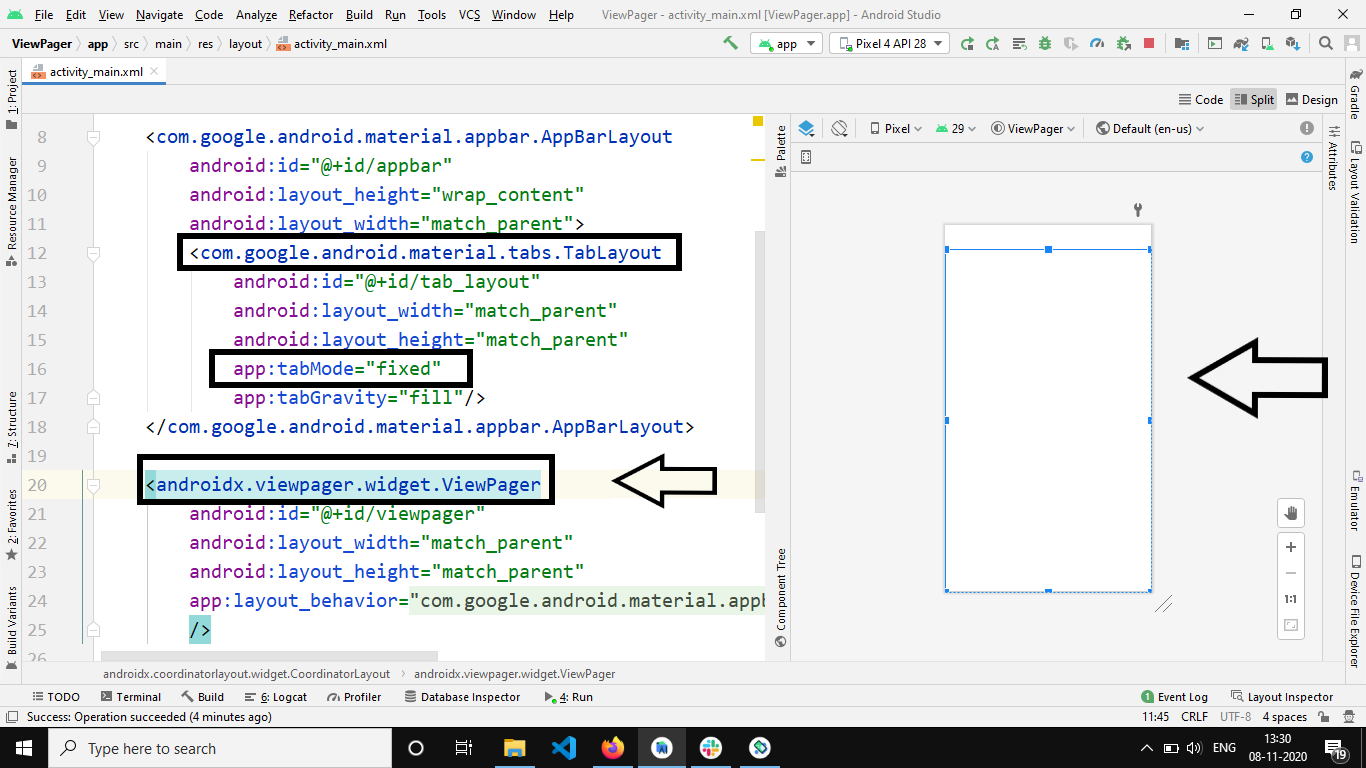 In the TabLayout we need to add the tabmode = “fixed” parameter which tells the android system that will have a fixed number of tabs in our application. Add the following code to the “activity_main.xml” file.

Now we need to design out pages that are fragmented. For this tutorial, we will be using three Pages (fragments). Add three blank fragments to the project. The project Structure should look like this. 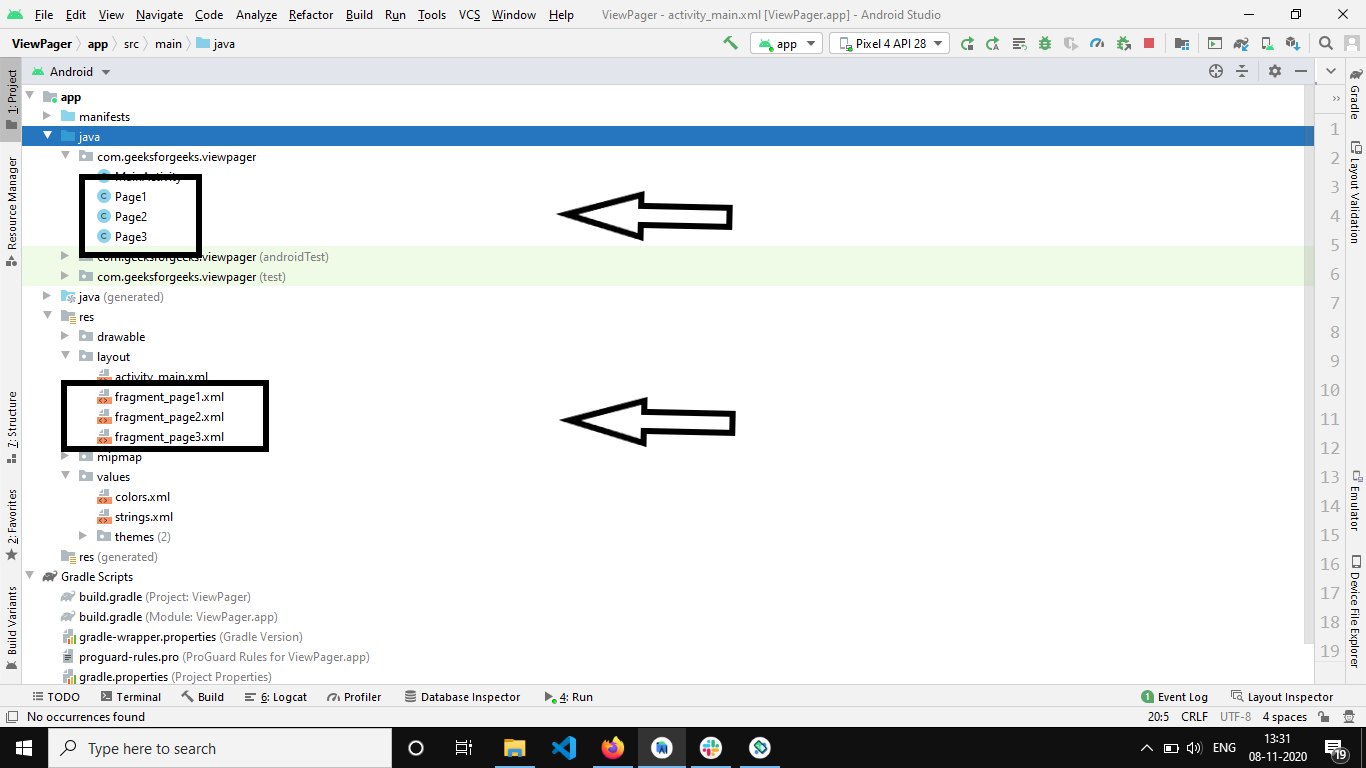 Designing the Page XML Files. All the fragments XML layouts have the same designs. We have a TextView at the center displaying the name of the respective page, the root container used here is FrameLayout whose background is set to  #0F9D58

Below is the code for the fragment_page1.xml file: 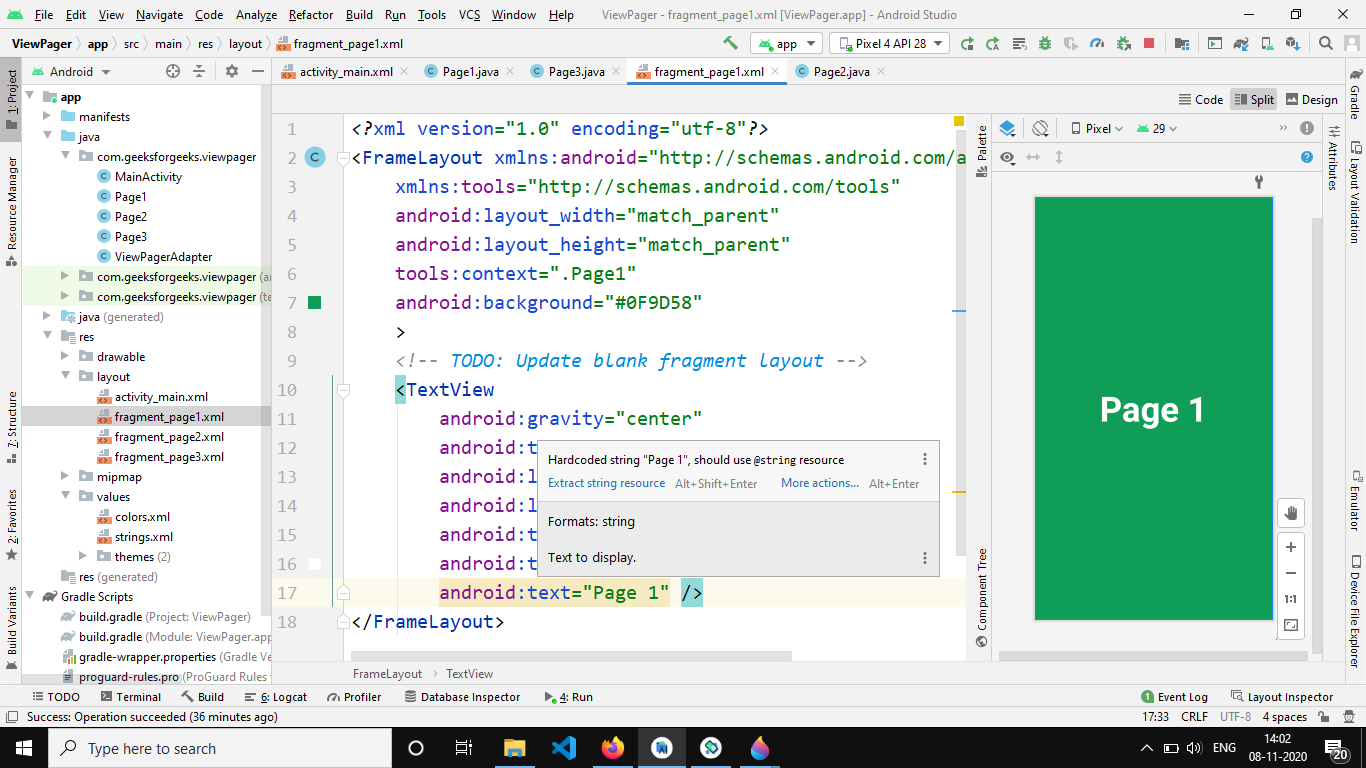 Below is the code for the fragment_page2.xml file: 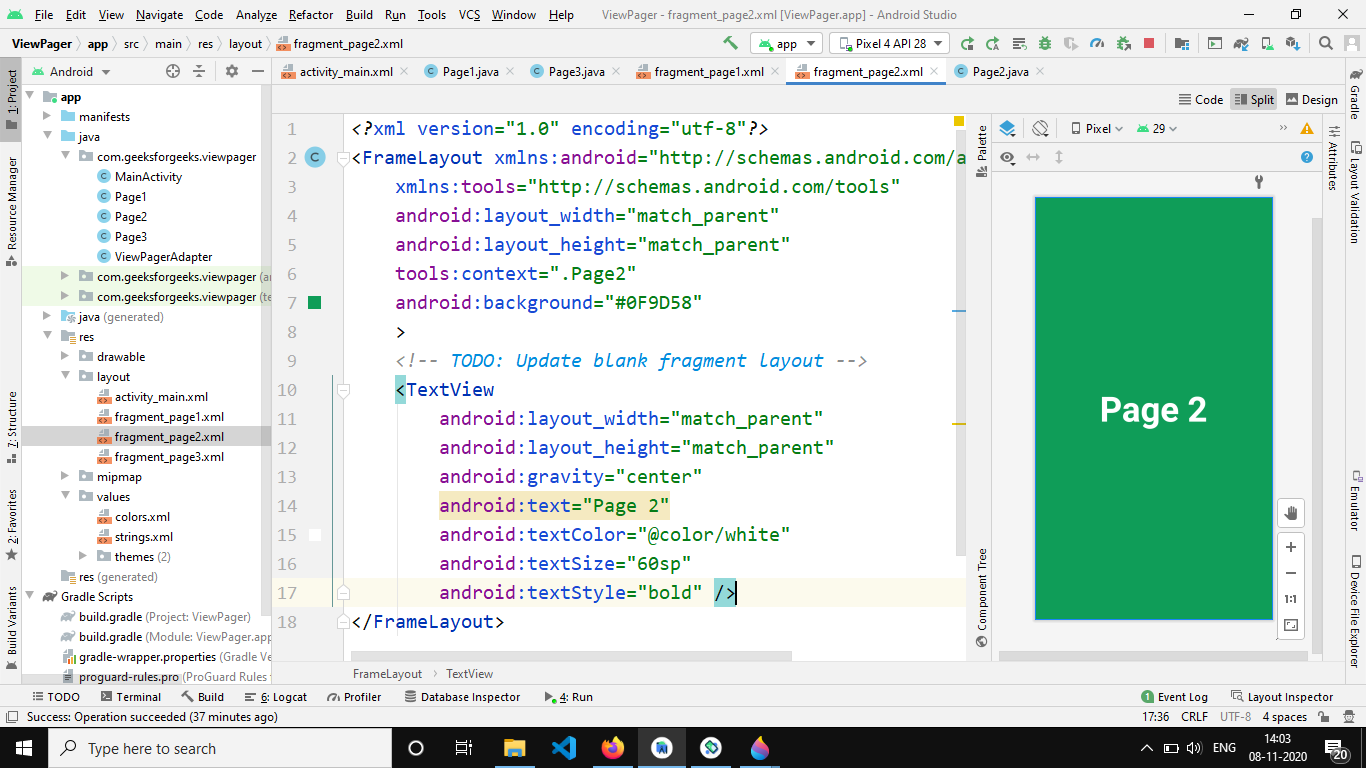 Below is the code for the fragment_page3.xml file: 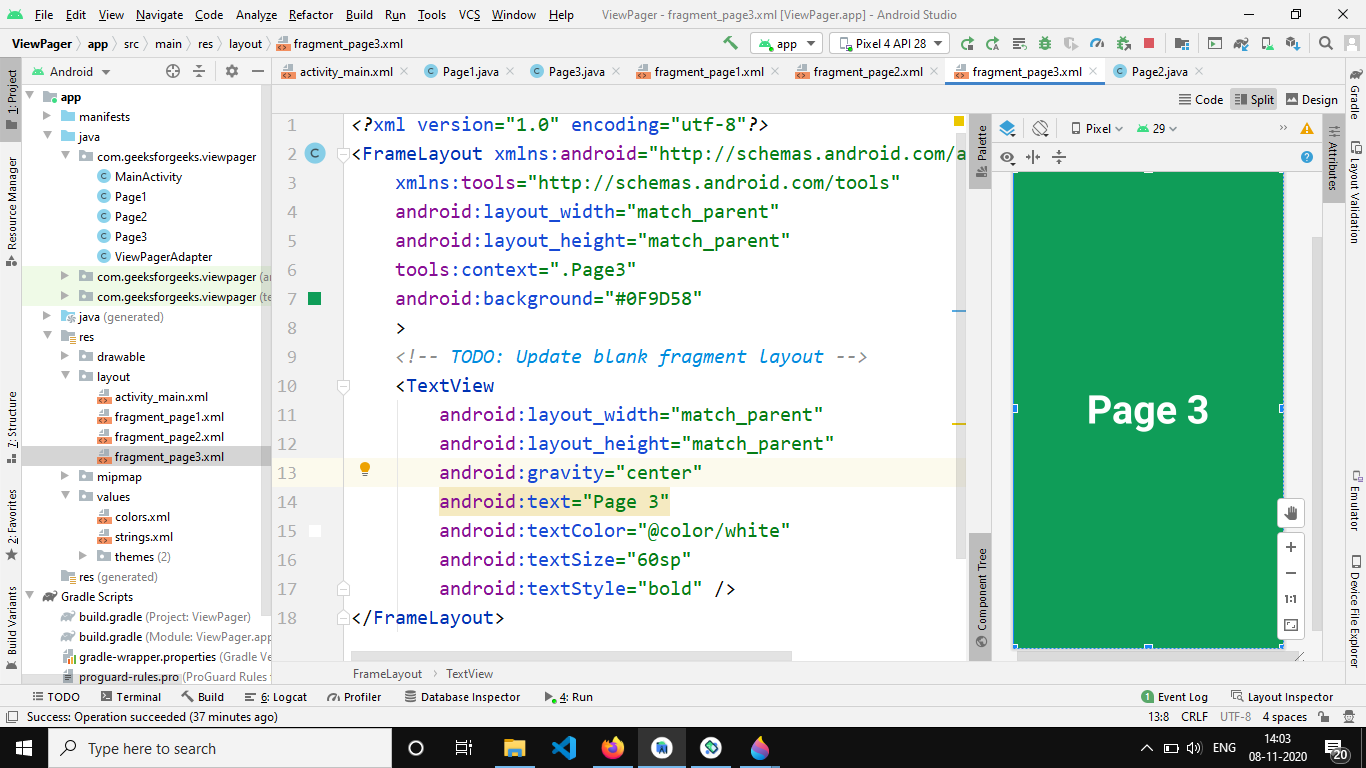 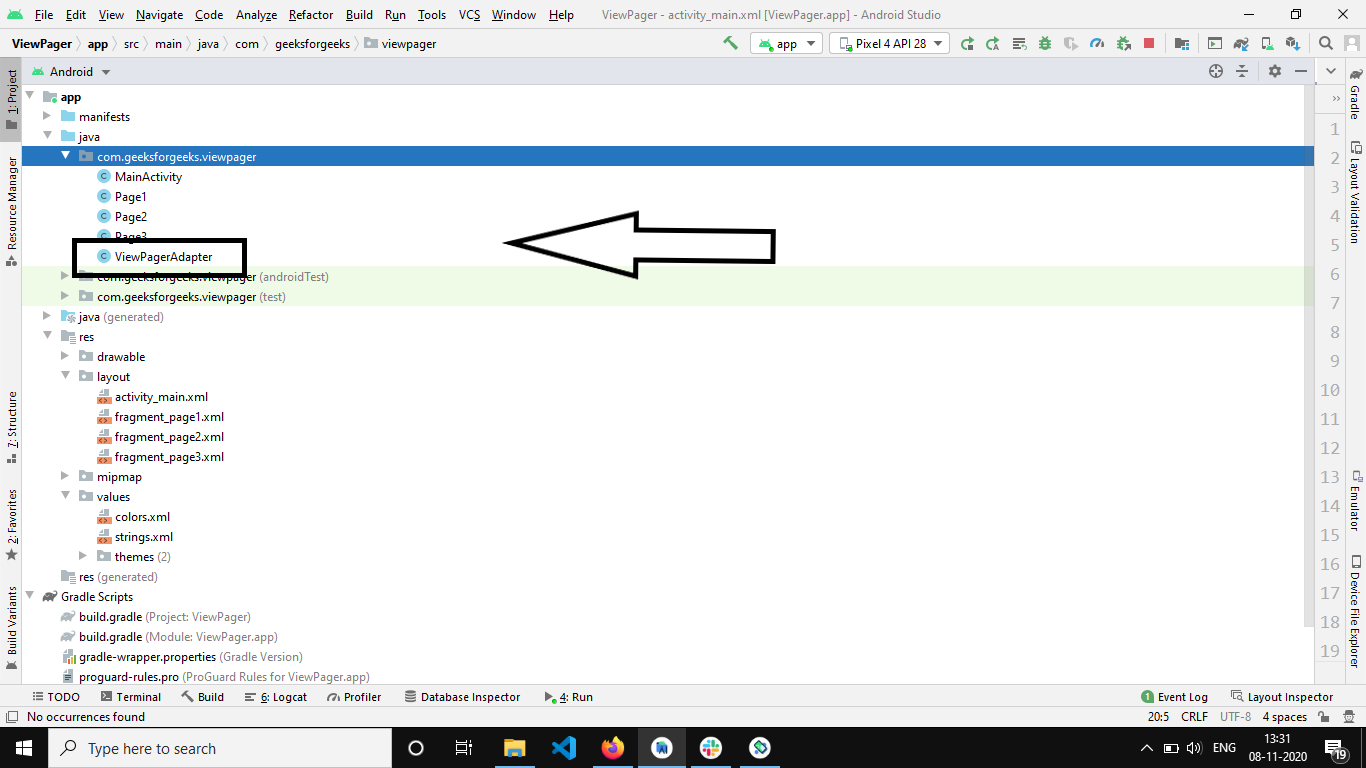 Below is the code for the ViewPagerAdapter.java file:

Step 5: Working with the MainActivity.java file

In the MainActivity, we need to perform the following steps.

Description: The tablayout with the viewpager. The titles of each pager now appears on the tablayout. The user can also navigate through the fragments by clicking on the tabs.

Viewpager: Used to display the fragments.

Below is the code for the MainActivity.java file. Comments are added inside the code to understand the code in more detail.

Find the code in the following GitHub repo: https://github.com/evilc3/ViewPager