ViewModel With SavedState in Android

Google launched Android Jetpack at Google I/O 2018, which is a bundle of components, tools, and guidelines for creating excellent Android apps. It included LiveData, ViewModel, Room Database, Work Manager, and other components. ViewModel will be discussed in this blog. In the Activity lifecycle, ViewModel maintains UI-related data. It enables the App to withstand configuration changes (like Screen rotation).

ViewModels are mostly used for, 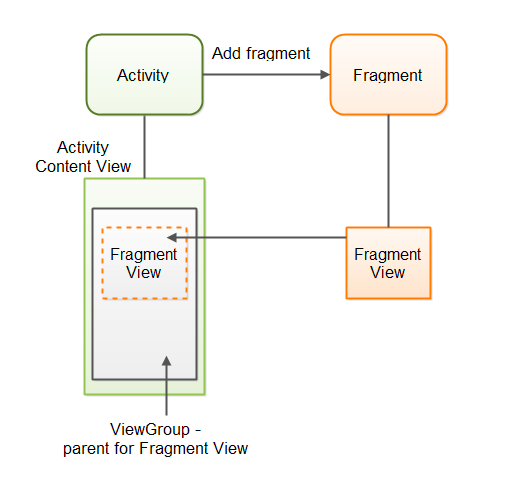 How to Add a ViewModel

Then to import the data into View,

We must initialize the ViewModel in the View (Activities/Fragments) by using,

Now we can see the data in the UI:

This is how ViewModel is used in our Views. More information about ViewModel may be found here. Now we can change, but it’s restricted. To manage that, we may use onSaveInstanceState() to return to the previous state.

Every Android application operates in its own Linux process, which is described as System Initiated Process Death. This process is started by the program when part of its code has to be executed, and it will continue to run until it is no longer required and the system needs to recover its memory for usage by other applications.

GeekTip: If your program is not in the forefront, the system can stop it at any time to free up system RAM for other processes to use.

So, as part of Jetpack, Google launched Saved State, which allows us to retain and recover data from the saved states after it has been killed by the System Initiated Process Death.

GeekTip #2: It should be noted that the state must be basic and lightweight. Local persistence should be used for complicated or big data sets.

Add the following code to your build to integrate the Saved State in Project.

How Do I make use of Saved State?

Replace the following code snippet in the onCreate() function of your View (Activity/Fragment).

As you can see, we supplied SavedStateHandle to the ViewModel’s main function Object() { [native code] }. To obtain a SavedStateHandle, we use SavedStateVMFactory() as the Factory in our ViewModelProviders.of.

Do note that it is just a key-value pair. Even if the program dies due to System Initiated Process Death, the data will still be saved.

As you can see, we supplied SavedStateHandle to the ViewModel’s main function Object() { [native code] }. To obtain a SavedStateHandle, we use savedVMState() as the Factory in our GeeksViewModel.of.

The MainViewModel class implements the BaseViewModel, which looks like this.

Perform Step – #1 and you will not see your app’s package name in the console.

When you re-open the program, you should see the output persisted and shown in the TextView of the Screen.

If you wish to preserve the data, use savedState.

If you wish to retrieve data from a savedState, use the following syntax:

Use if you wish to obtain LiveData as a return type.

If you want to see if a certain key is present in savedState, use the following code.

If you want to locate all the keys in the savedState, use the following to get a list of them.

You may also remove any individual value by accessing it via its key. To carry out the following action: