Prerequisite – Types of Schedules in DBMS
View serializability is a concept that is used to compute whether schedules are View-Serializable or not. A schedule is said to be View-Serializable if it is view equivalent to a Serial Schedule (where no interleaving of transactions is possible).

So, its Conflict Precedence Graph is as follows – 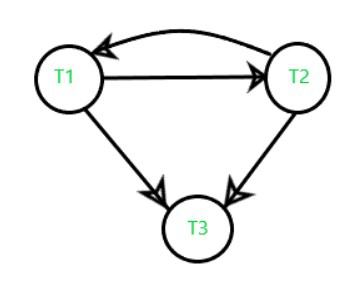 The above graph contains cycle/loop which means it is not conflict-serializable but it does not mean that it cannot be consistent and equivalent to the serial schedule it may or may not be.

LookSchedule S’1 :
In the above example if we do swapping among some transaction’s operation so our table will look like –

Its Precedence Graph is as follows – 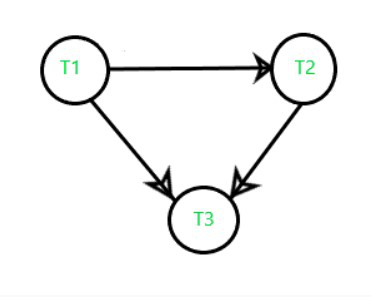 Now, we see that the precedence graph of the second table does not contain any cycle/loop, which means it is conflict serializable (equivalent to serial schedule, consistent) and the final result is coming the same as the first table.

Note : In the above example we understood that if a schedule is Conflict-serializable so we can easily predict that It would be –

But what if it is non-conflict serializable (precedence graph contains loop). In this situation, we cannot predict whether it is consistent and serializable or not. As we look in the above example, where the precedence graph of the Schedule S1 was giving consistent result, equivalent to the serializable result of the Schedule S’1, despite containing cycles/loops. So, to address the limitation of the Conflict-Serializability concept View-Serializability method came into the picture.

Methods to check View-Serializability of a schedule –

Method-1 :
Two schedules S1 and S2 are said to be view-equivalent if the following conditions are agreed – Go to Link : Point number 3.

Method-2 :
First of all, check whether the given schedule is Non-Conflict Serializable or Conflict-Serializable –

After performing the above steps if you find the provided schedule is non-conflicting you need to perform the following steps –
Blind write : Performing the Writing operation (updation), without reading operation, such write operation is known as a blind write.

Problem : Prove whether the given schedule is View-Serializable or not?

Solution : First of all we’ll make a table for better understanding of given transactions of schedule S’-

Its Dependency graph will be followed as – 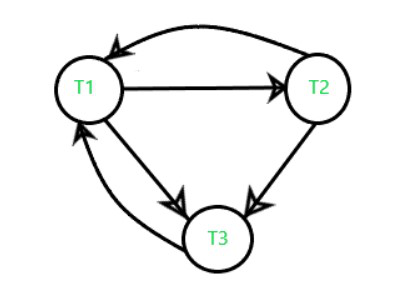 As there is no cycle/loop in the dependency graph, the schedule s’ is View-Serializable.