Anything that contains Kinetic energy is in some type of motion, whether it is one-dimensional, two-dimensional, rotational motion, etc. Kinetic energy is responsible for motion, and it is already known that the motion of any object happens because of some external force, the inertia present in the objects do not allow them to move or stop on their own, therefore, some external force is required to provide some kinetic energy to the object, and providing energy itself states that the object has some velocity. There can be several types of velocities an object in motion can have, and explaining the characteristic of velocity w.r.t time is easier graphically.

Velocity of an object

Example 1: Tinkesh walks from his office to his home in 30 minutes and the displacement from the office to home is 2 kilometers. Find the value of the constant velocity at which Tinkesh is walking?

It is known that the velocity of any person/object is the rate of change of its displacement.

Example 2: Two objects are moving with a speed 20m/sec and 40m/sec in order to reach the same destination which was 8000 meters away from the starting point of both the objects. Find the time taken by both objects. 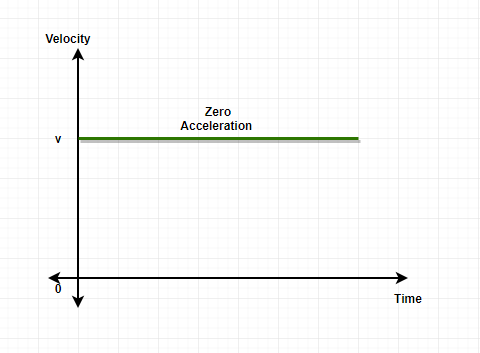 The x-axis on the graph represents time and the y-axis represents the velocity. The equations of motion are applicable in this to find out the parameters of the object in motion since the equations are allowed for object undergoing constant acceleration. 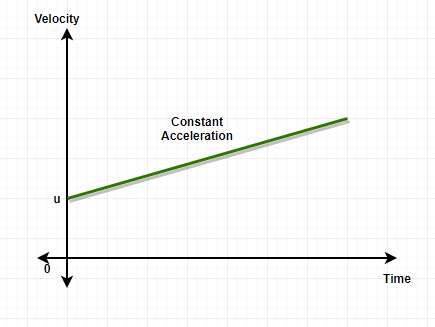 The x-axis on the graph represents time and the y-axis represents velocity. The slope at any point of the graph will give the value of acceleration at that point. 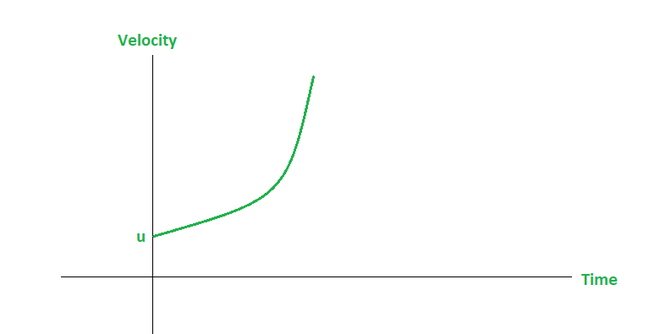 Question 1: Draw the graph for an object starting at a velocity of 20m/sec and the final velocity becomes 0 m/sec at T=10th second. The object is decelerating in nature.

The graph will have a negative slope since the object is deceleration in nature. 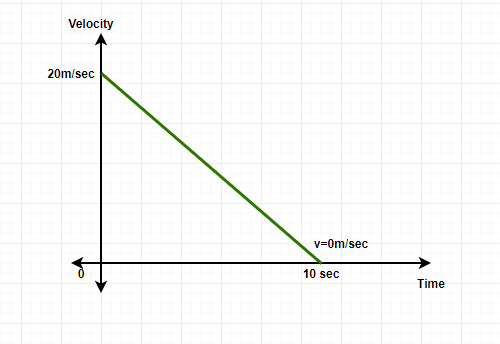 Question 2: An object with an initial velocity of 15m/sec is decelerating and ultimately coming to a stop at T= 20seconds, Find the Displacement covered by the object. 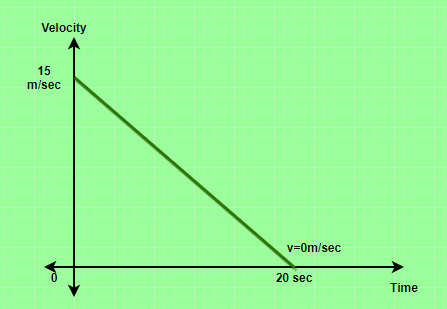 The displacement of the object can be found out by finding the area of the velocity-time graph.

Question 3: Find the Acceleration of the object which is constant in nature, The graph for the object’s velocity is given below. 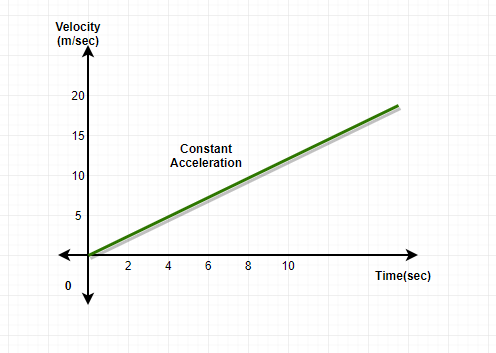 The acceleration in the velocity-time graph is found out through the slope, the slope is the ratio of the value at y-axis and x-axis, solving this will easily give the value of acceleration of the object.

Slope of the graph= Acceleration of the object = 8/10

Question 4: Alakh decides to go on a short bike ride for 10 minutes. He was riding with a constant acceleration of 2 m/sec2, What is the find velocity of Alakh’s bike by the end of the ride?

Applying first Equation of Motion to find out the velocity of Alakh’s bike,