Often while searching for someplace, people ask for directions. The usual answer is to go in a particular and for some distance. So, it can be concluded that only direction is not enough, the magnitude of the distance to be traveled in that direction is also equally important. In mathematical terms, this information about the direction and the magnitude is usually conveyed through vectors. Vectors are very useful in the field of game design and artificial intelligence. Let’s study the concept of vector in detail.

In physics and mathematics, we frequently come across several types of quantities. All these quantities can be classified into two major categories — scalar quantities and vector quantities. Consider an example – the height and weight of a person can be described by a single number like 75 Kg or 150cm. These quantities only have magnitude, they do not require any extra information. Such quantities are called scalar quantities. Now, let’s consider another situation, for example, the coach of the football team wants to teach his goalkeeper to pass the ball to another player, now he will have to describe towards the region he should send the ball (Direction) and how hard he should hit (magnitude). This quantity requires both magnitude and direction. Such quantities are called vectors.

A vector is a quantity which has a direction and a magnitude. 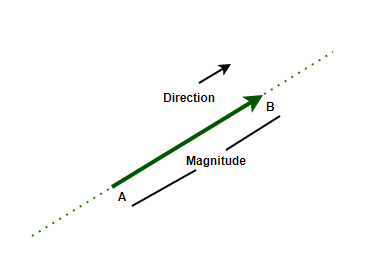 In the above figure, the length of the line shows the magnitude of the vector, and the arrowhead points to its direction. It is basically a directed line segment

Vectors can be classified into different categories on the basis of their magnitude and direction: 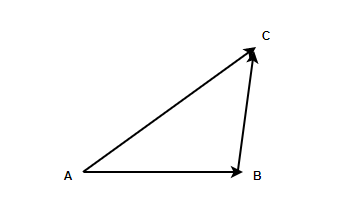 This can be expressed in terms of vectors as,

This is known as the triangle law of vector addition. In general, for two vectors

their addition is done such that the initial point of one vector coincides with the terminal points of the other.

In the above figure, we have two vectors a and b given in part(i), in the part(ii) the vector b is shifted without changing its direction and magnitude such that now the initial point of vector

lies on the endpoint of vector a. In the case of subtraction, the direction of vector b is reverse and then both vectors are added.

Addition and difference have almost similar concepts and methods, except that while calculating the difference the direction of one vector is reversed. 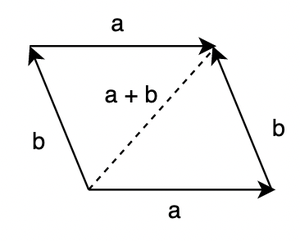 Multiplication of Vectors with a scalar 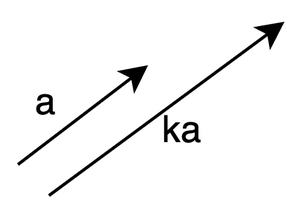 The magnitude of the vector will become,

When k = -1, the direction of the vector is reversed,

This is called the additive inverse of the vector.

Question 1: Out of the following quantities, find the quantities which are vectors:

1. Weight does not need directions to be expressed. Hence, it’s a scalar quantity.

2. Force needs the direction to where it must be applied. Thus, it’s a vector quantity.

3. Velocity also has direction. It is also a vector quantity.

4. Height can be simply expressed as a number, there is no need to give direction. Thus, it’s a scalar quantity.

So, Only Force and Velocity are vectors.

Question 2: State whether the following statement is True or False.

This state is False.

According to the definition mentioned above,

“Two vectors are said to collinear if they are parallel to the same line, irrespective of their magnitudes and direction.” 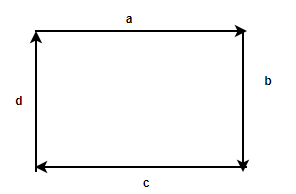 State true or false based on this figure.

don’t have the same initial points. Thus are not co-initial vectors.

The value of the displacement is 40Km. Let’s say this point is represented by

Magnitude of this vector is 40Km. 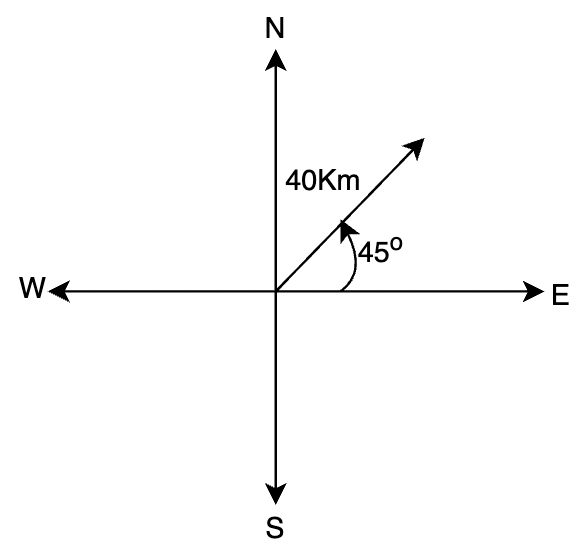 Goal is to find

Substituting the values of these vectors from equation (1) and (2)

Question 6: For the given vectors 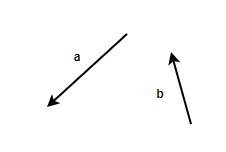 Choose which of the following best represents the 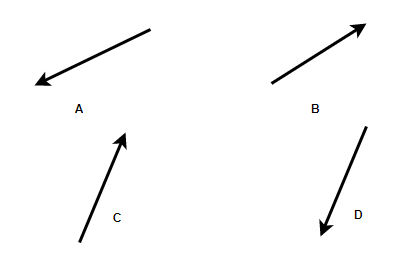 To add two vectors, b must be translated such that initial point between them becomes the same. 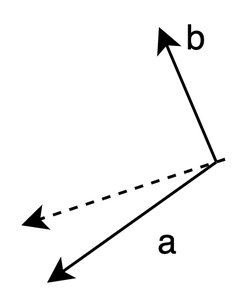 So, the option A represents the closest option to the addition of these two vectors.