Note: All the VBScript editors are actually HTML editors that supports VBScript.

Note: To use in client-side, client have to use Internet Explorer.

Troubleshoot: If your VBScript code is not working then use the following steps: 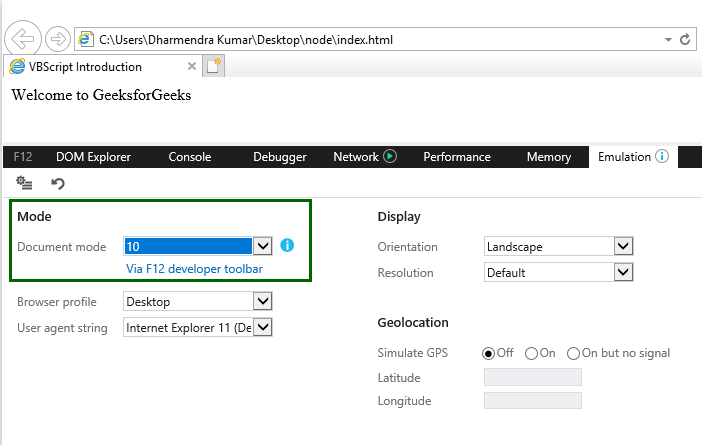