From the past few years, data management and application environment have been getting complex. These can be handled by the Object Oriented Database Management System (ODBMS). In this system, there are combined features of object-oriented and database management system. 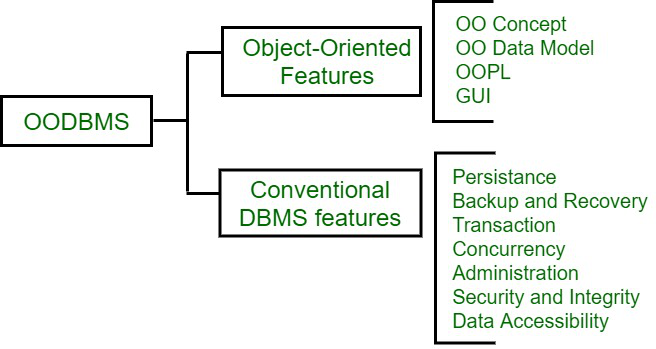 Object-Oriented features such as Encapsulation, Polymorphism, and Inheritance are enforced in addition to database concepts like ACID properties which leads to integrity of system, support for ad-hoc query language, and also for secondary storage management systems. Accessing objects in database is done in a transparent manner such that interaction with persistent objects is not different from interaction with memory objects. The products of ODBMS include ‘Object Store’ by Design Inc. and ‘Objectivity/DB’ by Objectivity Inc.