The molecular structure with the lowest energy is created by arranging groups around the centre atom. To put it another way, the repulsion between groups around an atom promotes a geometry in which the groups are as far away as feasible. VSEPR is a simple model that successfully predicts the three-dimensional structures of a vast number of compounds, despite the fact that it does not account for the intricacies of orbital interactions that determine molecule shapes.

Ronald Nyholm and Ronald Gillespie are the key creators of the VSEPR theory. To honour these chemists, this hypothesis is sometimes known as the Gillespie-Nyholm theory. The VSEPR theory states that the repulsion between two electrons is caused by the Pauli exclusion principle, which is more important than electrostatic repulsion in determining molecule shape.

The Valence Shell Electron Pair Repulsion Theory, abbreviated as VSEPR theory, is founded on the idea that all atoms have a repulsion between pairs of valence electrons, and that atoms will always seek to arrange themselves in a way that minimises this electron pair repulsion. The geometry of the final molecule is determined by the arrangement of the atoms.

The table below shows the various geometries that molecules can adopt in accordance with the VSEPR theory.

Predicting the Shapes of Molecules

There are two sites in the valence shell of the central atom in this sort of molecule. They should be organised in such a way that repulsion is reduced (pointing in the opposite direction). BeF2 is an example.

Three molecules are connected to a central atom in this sort of molecule. They are placed in such a way that electron repulsion between them is reduced (toward the corners of an equilateral triangle). BF3 is an example. 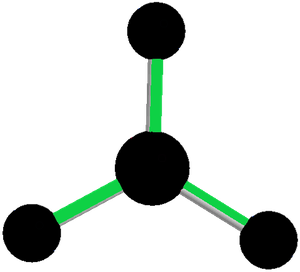 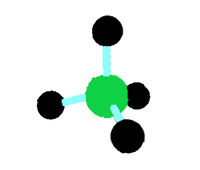 Let’s look at PF5 as an example. Repulsion can be reduced by distributing electrons evenly towards the corners of a trigonal pyramid. Three places along the molecule’s equator are found in trigonal bipyramids. The two places are parallel to each other on an axis perpendicular to the equatorial plane. 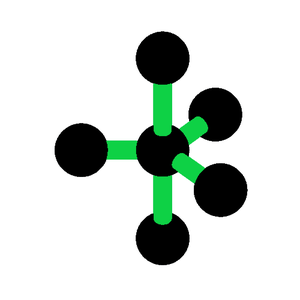 Predicting the Shapes of Molecules

Question 1: What is the VSEPR Theory’s premise?

Because of the repulsion that exists between electron pairs in the valence shell, the atoms organise themselves in such a way that this repulsion is minimised. This has an immediate impact on the shape of the molecule generated by the atom.

Question 2: What would be the shape of the molecule if the VSEP number is 5?

The molecule’s structure would be trigonal bipyramidal.

Question 3: What are the advantages of the VSEPR theory?

This theory can be used to properly anticipate the shapes of molecules in a wide range of compounds. Understanding the processes of a molecule becomes easier once the geometry of the molecule is understood.

Question 4: What is the VSEPR number?