Ansible is an automation tool used for common IT tasks such as configuring remote machines or container orchestration, continuous deployment, etc.  In this article, we are going to use Ansible to configure multiple remote machines using a master or control node( machine which manages or pushes tasks to these remote machines to execute).

Before starting the implementation you should be familiar with some terminologies:

Now as you know the basics lets start with the implementation. For this article, we are using Three EC2 instances on AWS, out of which one is a control node or master and the other two are hosts/remote machines. EC2 (Elastic compute cloud) is Amazon’s one of most popular offerings. The EC2 instance is a virtual server or machine, you can use to deploy your application. It comes under IAAS (Infrastructure As A Service). EC2 service capabilities are related to Computing, Storage, and Network on rent.

If you want to use EC2 instances then you need to make sure that each of the instances(hosts) is reachable by the control node and to do that you need to add the SSH public keys of the host in the control nodes authorized SSH keys and vice-versa. So, lets do that first using the below command:

Now cut and copy the content of id_rsa.pub and add this to other servers that are hosts. If you are doing it for the control node on the hosts use the below commands: 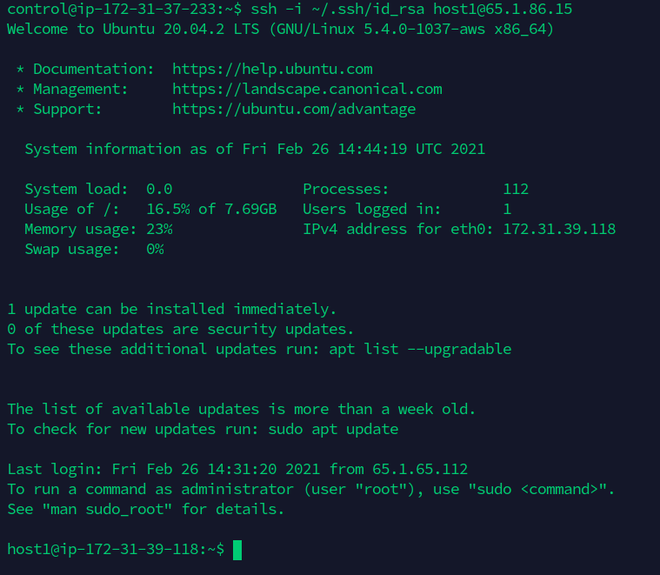 On Control-node we need to install Ansible:

Check if Ansible is installed:

Now we need to add the host address inside the host inventory which is a file in /etc/ansible called host where we can add IP-addresses or aliases or group number of IP-addresses. Go to /etc/ansible/hosts file and add the IP address of the host machine. You can either enter one by one or create a group which can then be used in the playbook to specify these bunch of addresses by entering the group name.

Now let’s check if Ansible can reach our host. Ansible modules are pre-built scripts that can be used inside our playbook or as a standalone command with some parameters to run specific tasks for example the below command is used to ping all the servers in that group. 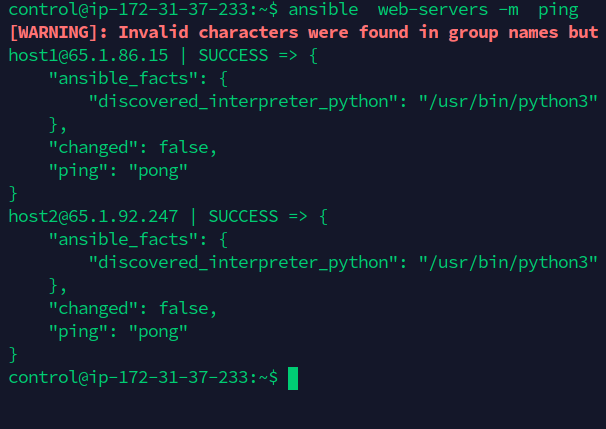 In the above image, you can see that after a ping request to the group of a couple of servers, got a successful callback. 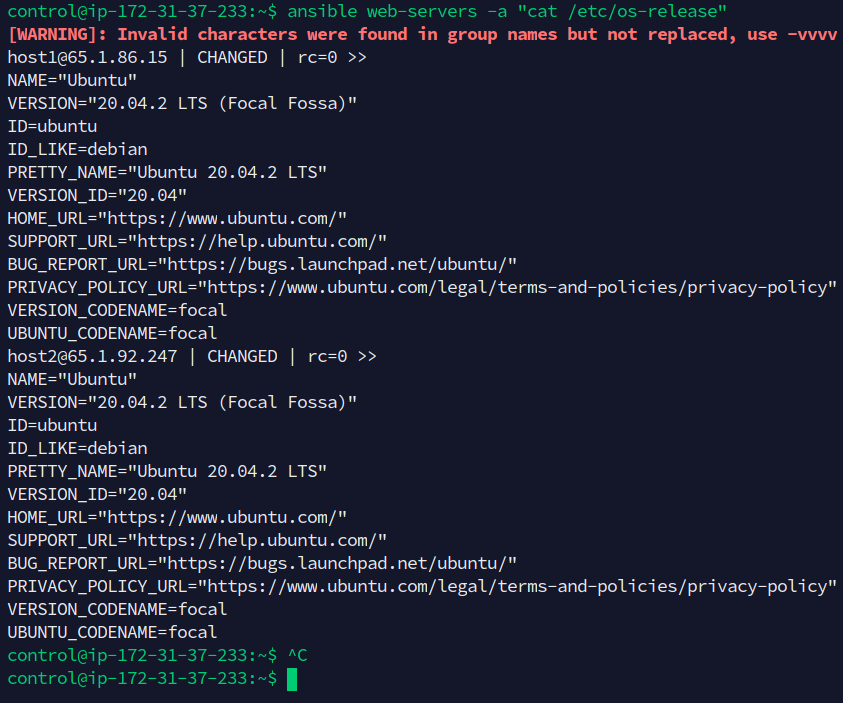 You can also reboot the machines using

Now let’s jump into using Ansible playbooks as explained above these are nothing but YAML files.

Let’s check if text editor nano is installed in our host machines(remote machines). Create a YAML file and paste the below lines to make sure the indentation is correct. What’s happening here is: 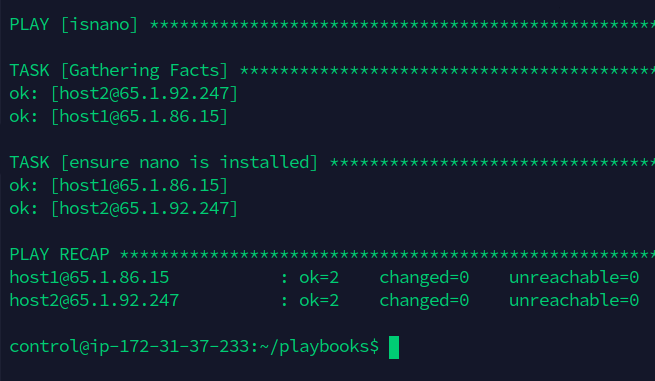 There is a lot you can do with Ansible, control servers and remote servers or machines using modules and playbooks so don’t stop here go and try other stuff using Ansible,