Upgrading from Python2 to Python3 on MacOS

Python is a high level and general-purpose programming language. It is widely used in a variety of fields such that it fulfills the need of developers who are in the front end, backend, or both. It is being used rigorously in Machine Learning, Artificial Intelligence, Web Development, and in various other domains.

But, there’s an issue that mac devices come with python 2 as default and you cannot use Python 3 as your default in your device. In this article, we will look into the steps of changing the default python setting to Python 3 and discuss its pros and cons.

Following are the list of disadvantages of using Python 2 on your Mac machine:

Advantages of Python 3 over Python 2:

The following list states the advantages of Python 3 over Python 2:

And several more features are added as time is passing by, to read more on the difference between the Python 2 and Python 3 refer to this GeeksforGeeks article. Many of you must have installed python 3 from (python.org) but still, it might be showing python version is python 2. To make sure that this fact is true or not check your python version by running the below command in your terminal:

To get rid of this issue follow the steps given below:

Installing Python 3 on the system:

Step 1: Firstly we have to change the Login Shell from Bash to Zsh. To change it navigate to System preferences and click on Users and Groups. Now Click on the Lock Icon and authenticate with your credentials. After authentication right-click on the current user and select Advanced Options and change the login shell from /bin/bash to /bin/zsh. 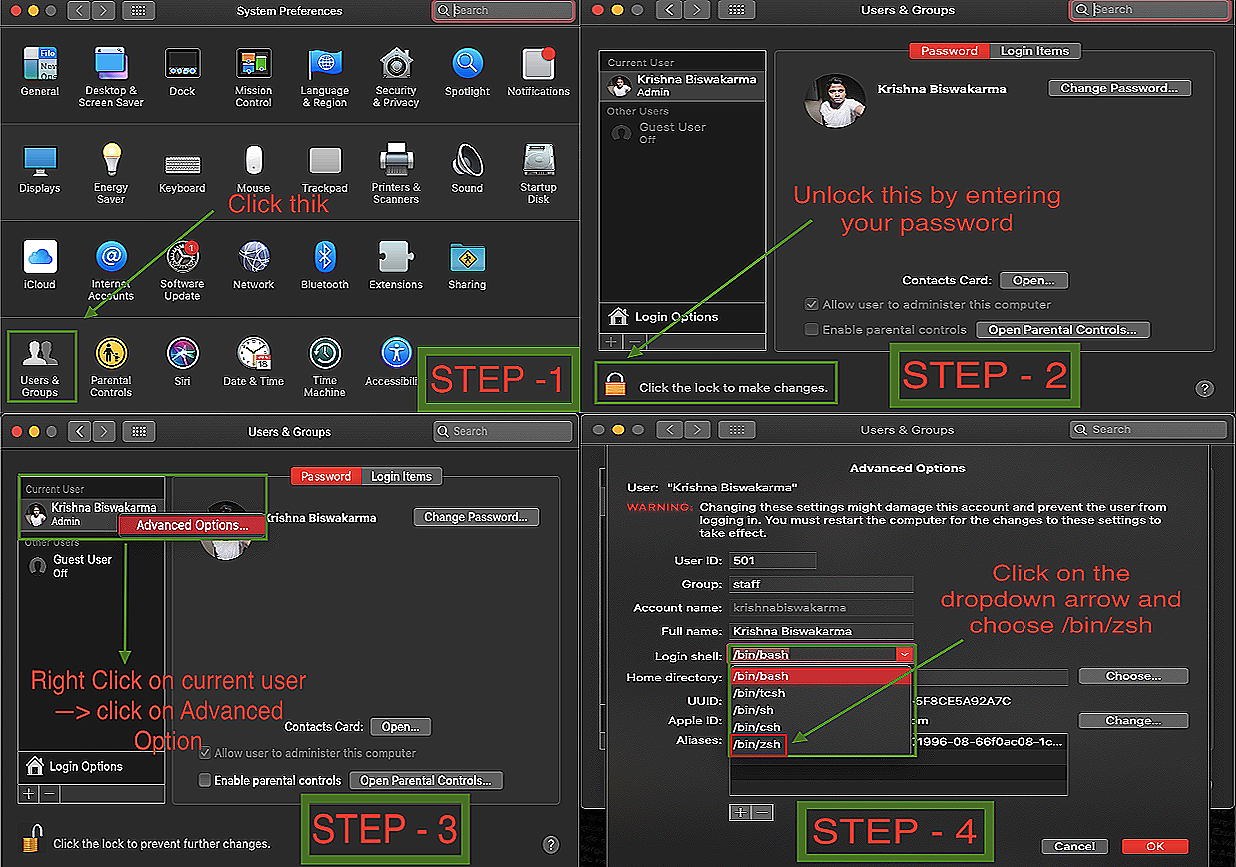 At this stage, you will find your Terminal shell is changed from bash shell to Zsh shell.

Confirm whether your bash is converted to zsh shell

Step 2: Now you have to install Xcode from the App Store. To install Xcode, go to App Store and search for Xcode. Now click on get and click on the Install button to get Xcode. 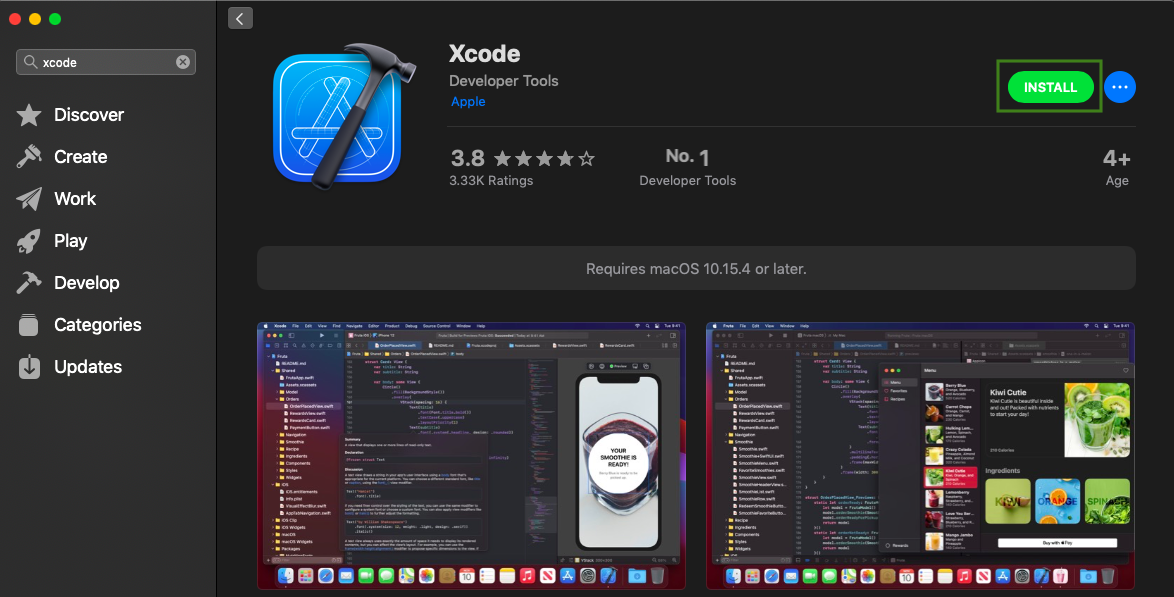 Step 3: After installing Xcode you’ll have to install the command-line tool for mac using the below command:

Now click on the Install button and Agree to the terms and condition when a window pops up as shown below:

Step 4: Now you’ll have to install a package manager (eg: HomeBrew, MacPorts, Fink, etc) for mac which makes the installation process really easy and hassle-free. Here we are using HomeBrew Package Manager. To install this run the below command in your terminal:

You can also manually install it from the link.

This will take some time to install python in your system. This command will install the latest version of Python.

To set Python 3 as a default on your Mac system, follow the below steps:

Step 1: Copy the path of the directory where Python is installed as shown below: 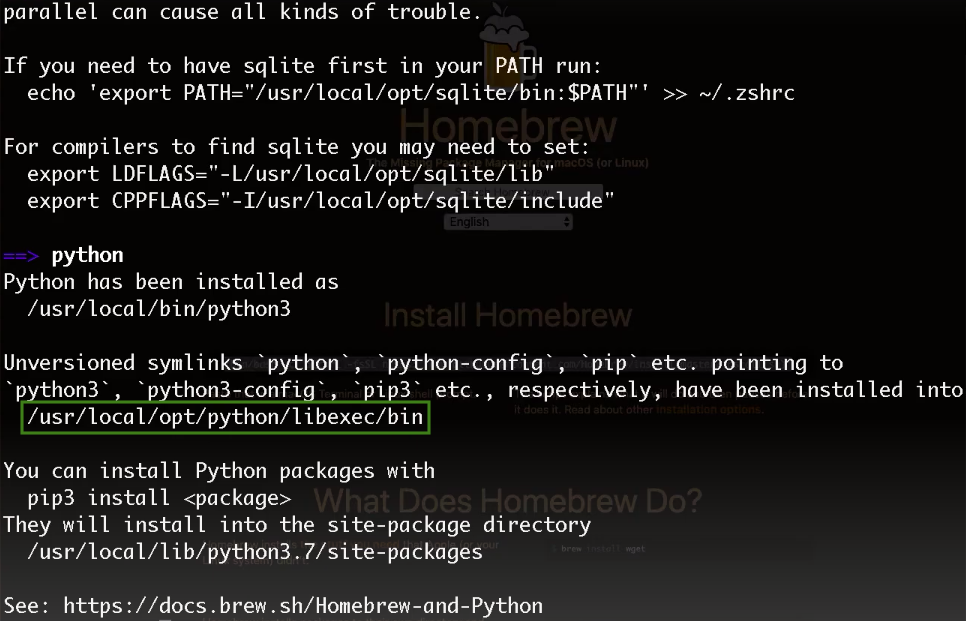 Step 2: Run ls -a command in your terminal but make sure that you are in your home directory or simply run the cd ~ command to move to the home directory.

Listing all the hidden files using this command

Step 3: Now we have to create a file by using the vim .zshrc  command to overwrite the path so that python 3 becomes the default.

Step 4: To write in the file press ‘i’ from the keyboard to go to insert mode. Now add the path using the below command:

Now to save it press ESC and write (:wq) and press Enter. And we are done. 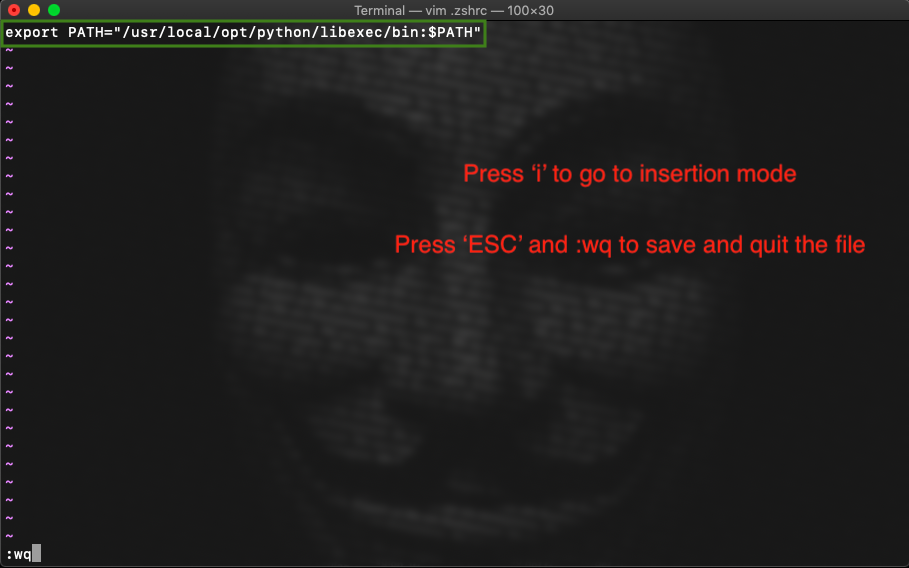 Step 5: Quit the terminal for the changes to take place and now write the python command to see that now python 3 is set as your default python for your mac device.