Prerequisite – Types of Software Testing Unit Testing is a software testing technique by means of which individual units of software i.e. group of computer program modules, usage procedures, and operating procedures are tested to determine whether they are suitable for use or not. It is a testing method using which every independent module is tested to determine if there is an issue by the developer himself. It is correlated with the functional correctness of the independent modules. Unit Testing is defined as a type of software testing where individual components of a software are tested. Unit Testing of the software product is carried out during the development of an application. An individual component may be either an individual function or a procedure. Unit Testing is typically performed by the developer. In SDLC or V Model, Unit testing is the first level of testing done before integration testing. Unit testing is such a type of testing technique that is usually performed by developers. Although due to the reluctance of developers to test, quality assurance engineers also do unit testing.

The objective of Unit Testing is: 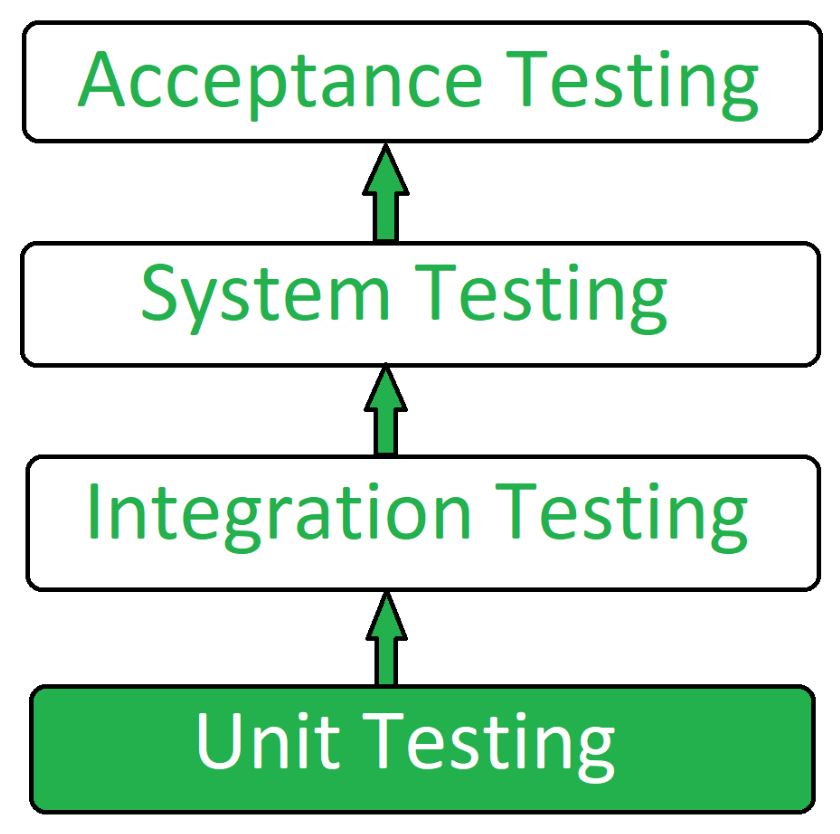 There are 2 types of Unit Testing: Manual, and Automated.

There are 3 types of Unit Testing Techniques. They are