What is an Activation function ?
In artificial neural networks, the activation function of a node defines the output of that node or neuron for a given input or set of inputs. This output is then used as input for the next node and so on until a desired solution to the original problem is found.

It maps the resulting values into the desired range such as between 0 to 1 or -1 to 1 etc. It depends upon the choice of the activation function. For example, the use of the logistic activation function would map all inputs in the real number domain into the range of 0 to 1. 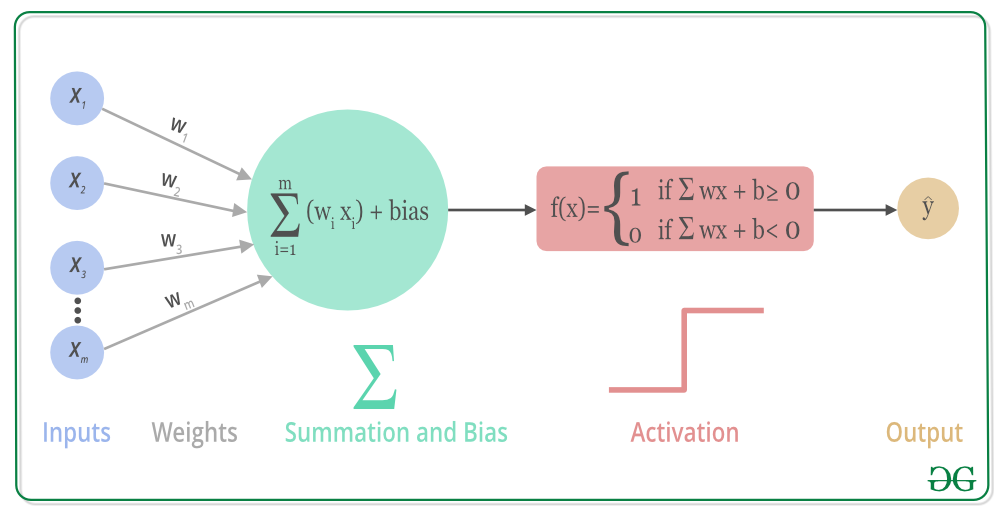 when we multiply each of them features with a weight (w1, w2, …, wm) and sum them all together,
node output = activation(weighted sum of inputs).

Some Important terminology and mathematical concept – 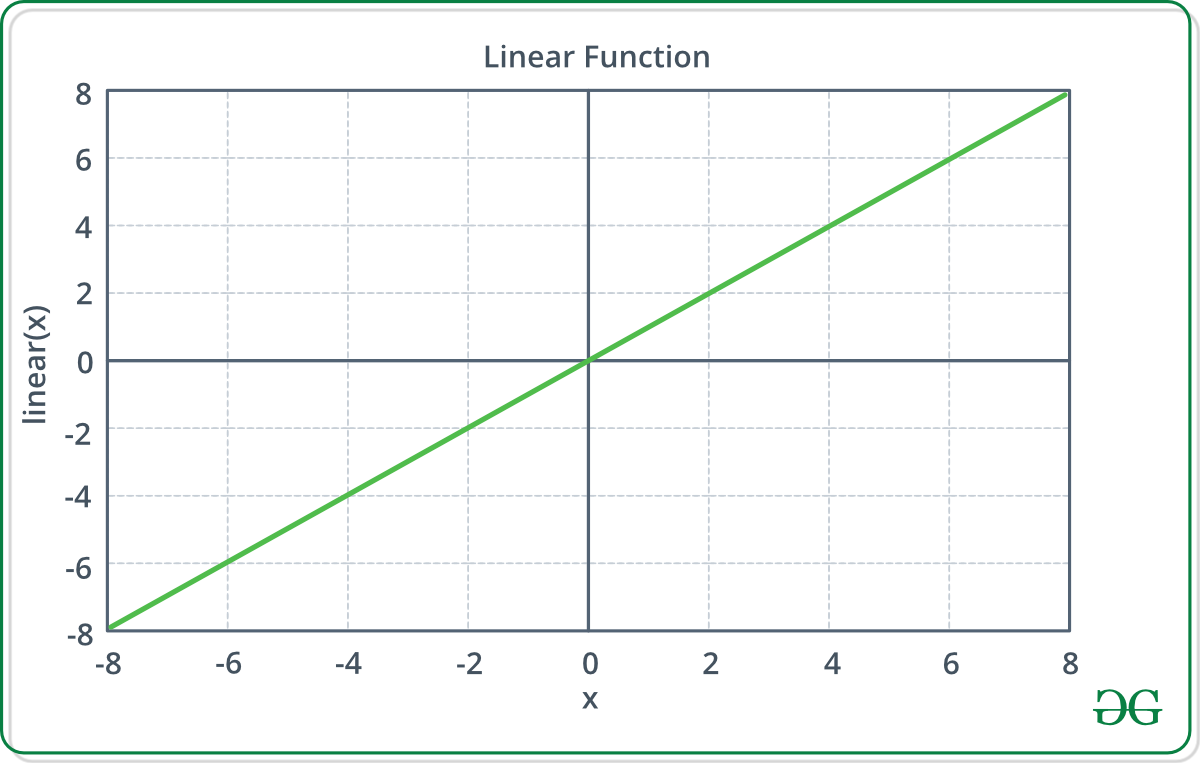 2. Non-linear Activation Functions –
It makes it easy for the model to generalize with a variety of data and to differentiate between the output. By simulation, it is found that for larger networks ReLUs is much faster. It has been proven that ReLUs result in much faster training for large networks. Non-linear means that the output cannot be reproduced from a linear combination of the inputs.

The main terminologies needed to understand for nonlinear functions are:

1. Derivative: Change in y-axis w.r.t. change in x-axis. It is also known as slope.
2. Monotonic function: A function which is either entirely non-increasing or non-decreasing. 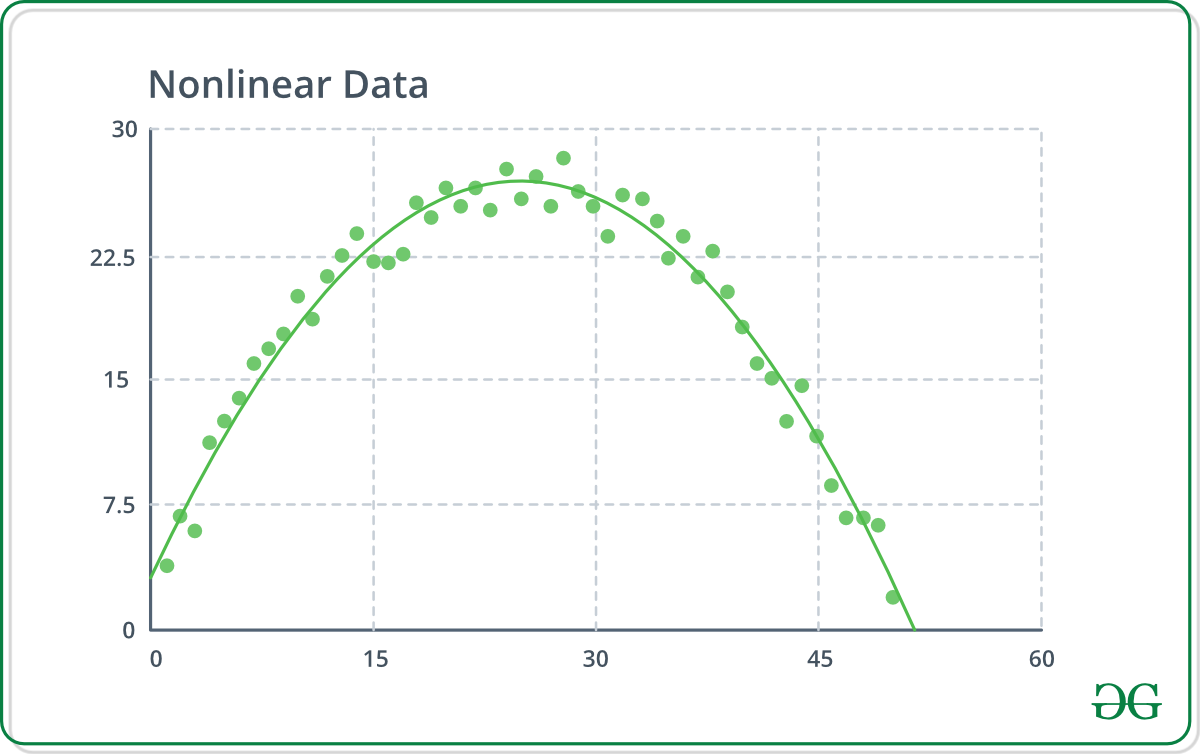 The Nonlinear Activation Functions are mainly divided on the basis of their range or curves as follows: 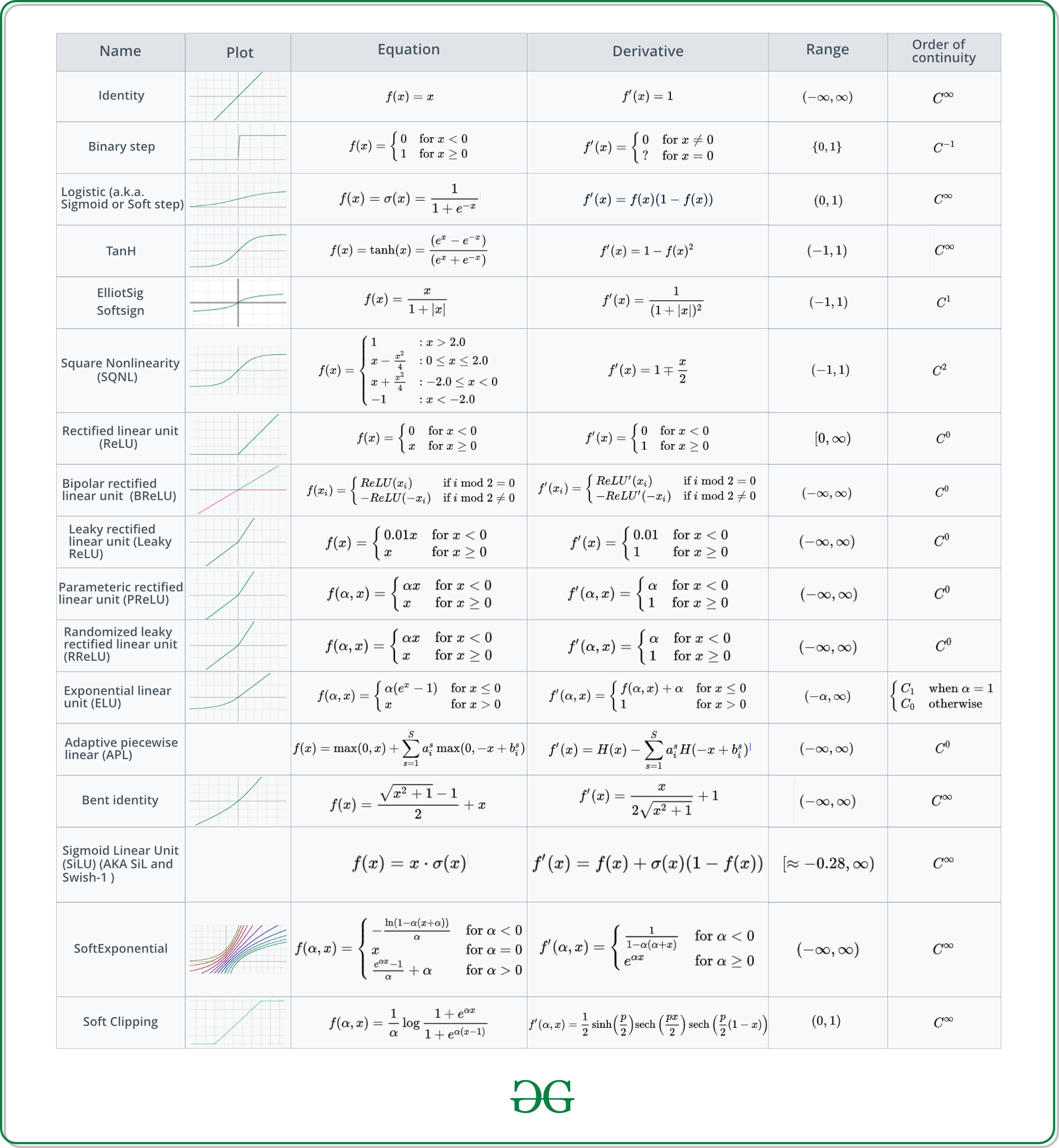 Let’s take a deeper insight in each Activations Functions-

It is also called as a Binary classifier or Logistic Activation function because function always pick value either 0(False) or 1 (True).

The sigmoid function does not have a jerk on its curve. It is smooth and it has a very nice and simple derivative, which is differentiable everywhere on the curve. 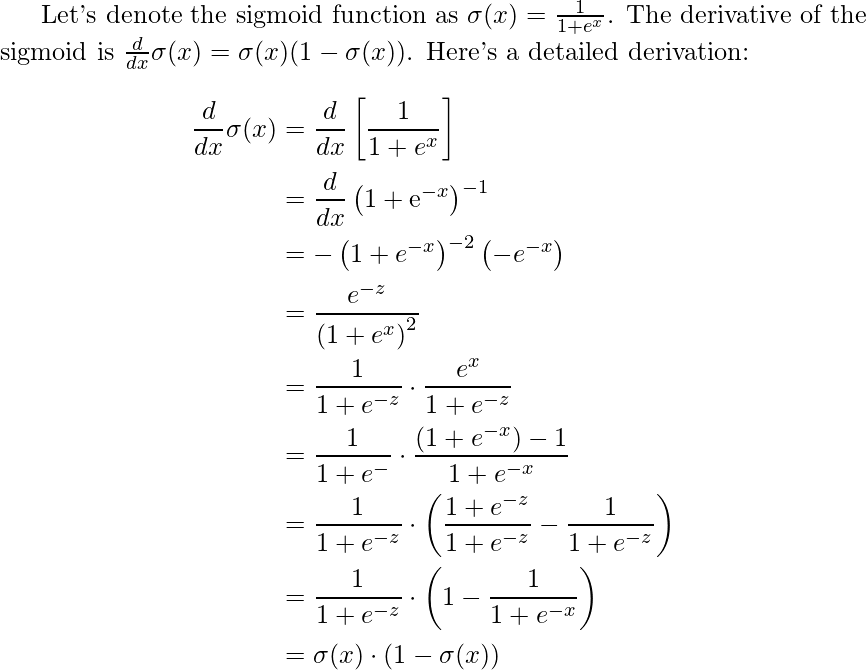 Sigmoids saturate and kill gradients. A very common property of the sigmoid is that when the neuron’s activation saturates at either 0 or 1, the gradient at these regions is almost zero. Recall that during backpropagation, this local gradient will be multiplied by the gradient of this gate’s output for the whole objective. Therefore, if the local gradient is very small, it will effectively “kill” the gradient and almost no signal will flow through the neuron to its weights and recursively to its data. Additionally, the extra penalty will be added initializing the weights of sigmoid neurons to prevent saturation. For example, if the initial weights are too large then most neurons would become saturated and the network will barely learn.

It is the most widely used activation function. Since it is used in almost all the convolutional neural networks. ReLU is half rectified from the bottom. The function and it’s derivative both are monotonic.

The models that are close to linear are easy to optimize. Since ReLU shares a lot of the properties of linear functions, it tends to work well on most of the problems. The only issue is that the derivative is not defined at z = 0, which we can overcome by assigning the derivative to 0 at z = 0. However, this means that for z <= 0 the gradient is zero and again can’t learn.

Leaky ReLU is an improved version of the ReLU function. ReLU function, the gradient is 0 for x<0, which made the neurons die for activations in that region. Leaky ReLU is defined to address this problem. Instead of defining the Relu function as 0 for x less than 0, we define it as a small linear component of x.

Leaky ReLUs are one attempt to fix the Dying ReLU problem. Instead of the function being zero when x < 0, a leaky ReLU will instead have a small negative slope (of 0.01, or so). That is, the function computes:

It squashes a real-valued number to the range [-1, 1] Like the Sigmoid, its activations saturate, but unlike the sigmoid neuron, its output is zero-centered. Therefore the tanh non-linearity is always preferred to the sigmoid nonlinearity. tanh neuron is simply a scaled sigmoid neuron.
Tanh is also like logistic sigmoid but better. The advantage is that the negative inputs will be mapped to strongly negative and the zero inputs will be mapped to near zero in the tanh graph.

The function is differentiable monotonic but its derivative is not monotonic. Both tanh and logistic Sigmoid activation functions are used in feed-forward nets.
It is actually just a scaled version of the sigmoid function. 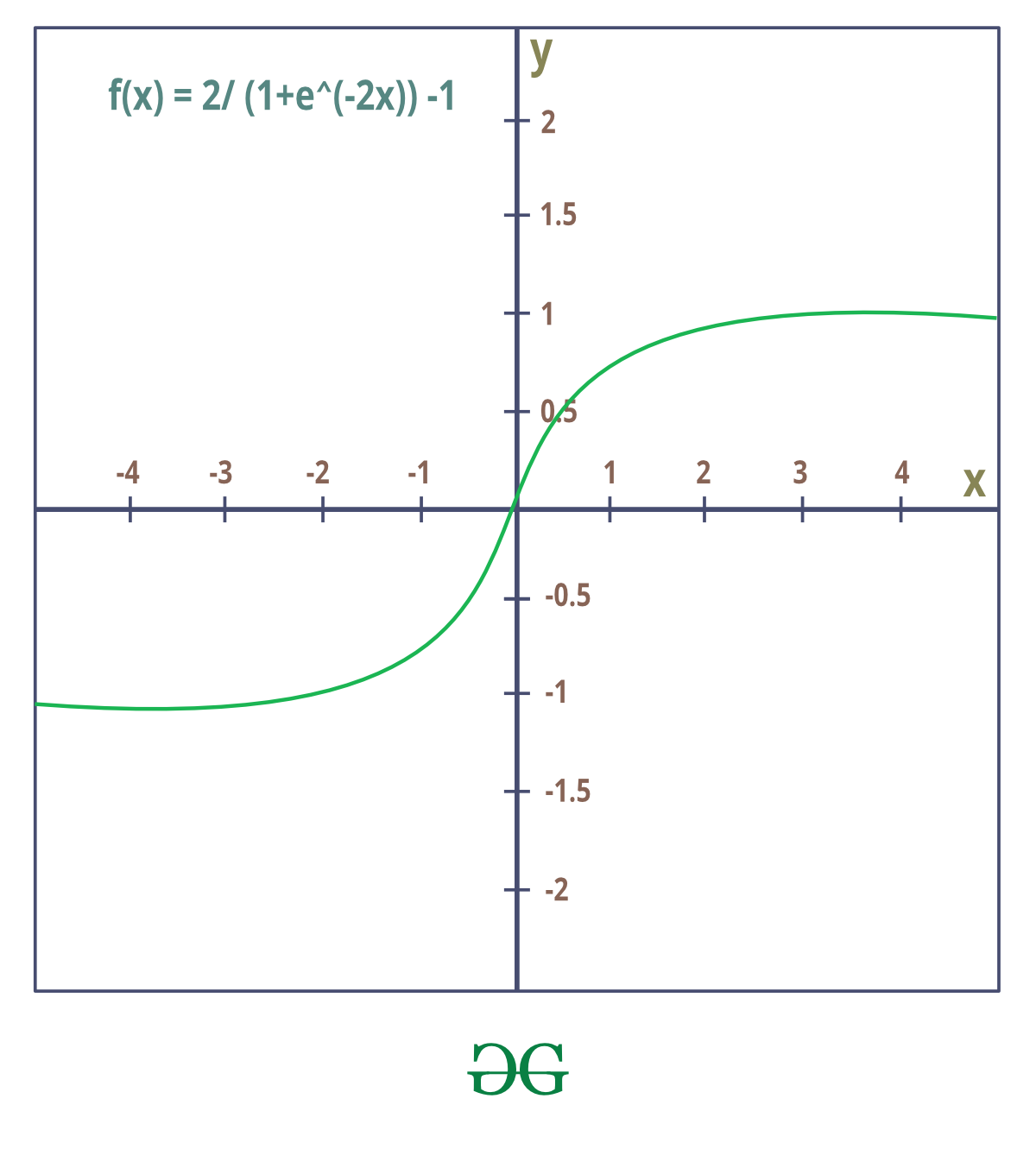 The sigmoid function can be applied easily and ReLUs will not vanish the effect during your training process. However, when you want to deal with classification problems, they cannot help much. the sigmoid function can only handle two classes, which is not what we expect but we want something more. The softmax function squashes the outputs of each unit to be between 0 and 1, just like a sigmoid function. and it also divides each output such that the total sum of the outputs is equal to 1.

The output of the softmax function is equivalent to a categorical probability distribution, it tells you the probability that any of the classes are true. 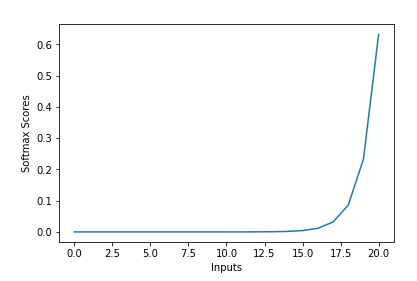