The Underscore.js is a JavaScript library that provides a lot of useful functions like the map, filter, invoke etc even without using any built-in objects.
The _.unzip() function is used to combine same type of elements of different arrays into the single array. It matches one by one each passed array elements, to the next passed array elements. It is used when more than one homogeneous arrays (one type of elements like only numbers, works, special characters etc) to connect all the array by matching each element to it’s corresponding element in the next array. It can have a number of arrays as it’s parameters. The result will contain the same number of arrays as the number of elements the largest array has. It is opposite to the _.zip() function. 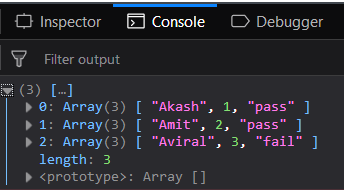 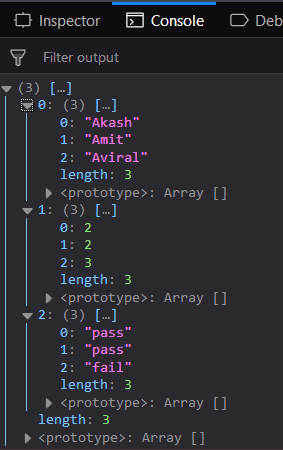 Mapping difference kinds of elements in _.unzip() function Pass different kind of elements to the _.unzip function. This time also the process will be same but the result will not be a homogeneous array rather it will be a heterogeneous array as a string of words passed as the first element of the first array but a string of special characters is passed as the first element of the second array. 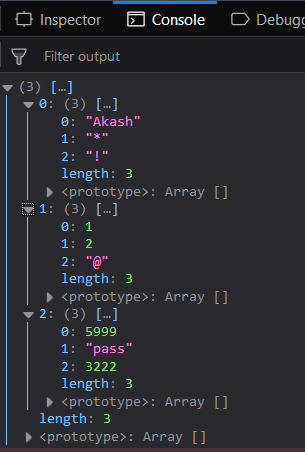 Passing unequal size of arrays to the _.zip() function: One can pass unequal sized arrays but this will cause undefined values in the resultant arrays. This is because the number of elements whom will find their matches in the rest of the arrays will be considered as a single array but if they do not found any match then they will have ‘undefined’ in place. But this will work smoothly and not give any error.