A virus is a fragment of code embedded in a legitimate program. Viruses are self-replicating and are designed to infect other programs. They can wreak havoc in a system by modifying or destroying files causing system crashes and program malfunctions. On reaching the target machine a virus dropper(usually a trojan horse) inserts the virus into the system.
For more details, refer to this. 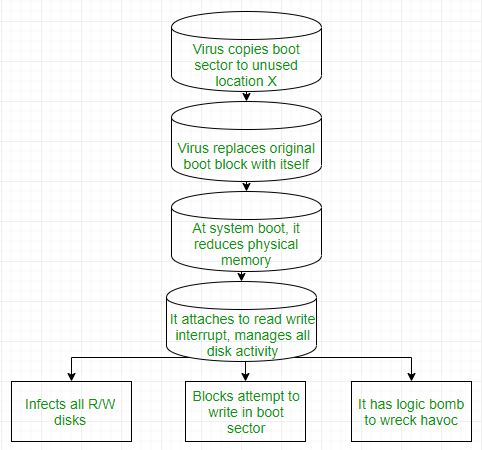 Resident viruses installation store for your RAM and meddle together along with your device operations. They’re so sneaky that they could even connect themselves for your anti-virus software program files.