A Hypervisor or VMM(virtual machine monitor) is a layer that exists between the operating system and hardware. It provides the necessary services and features for the smooth running of multiple operating systems.

It identifies traps, responds to privileged CPU instructions, and handles queuing, dispatching, and returning the hardware requests. A host operating system also runs on top of the hypervisor to administer and manage the virtual machines.

Example: Xen primarily uses Paravirtualization, where a customized Linux environment is used to support the administrative environment known as domain 0. 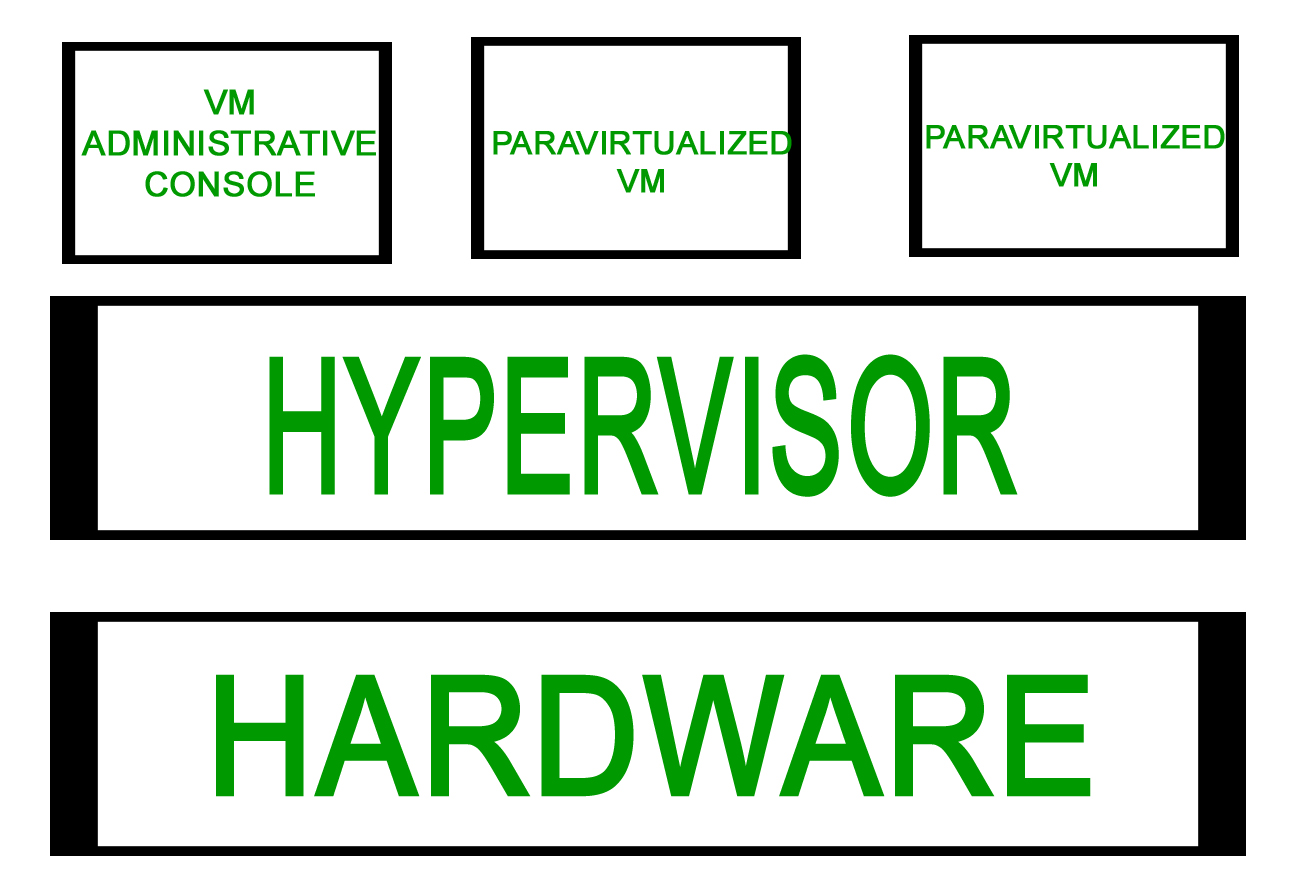 It is very much similar to Paravirtualization. It can emulate the underlying hardware when necessary. The hypervisor traps the machine operations used by the operating system to perform I/O or modify the system status. After trapping, these operations are emulated in software and the status codes are returned very much consistent with what the real hardware would deliver. This is why an unmodified operating system is able to run on top of the hypervisor.

Example: VMWare ESX server uses this method. A customized Linux version known as Service Console is used as the administrative operating system. It is not as fast as Paravirtualization. 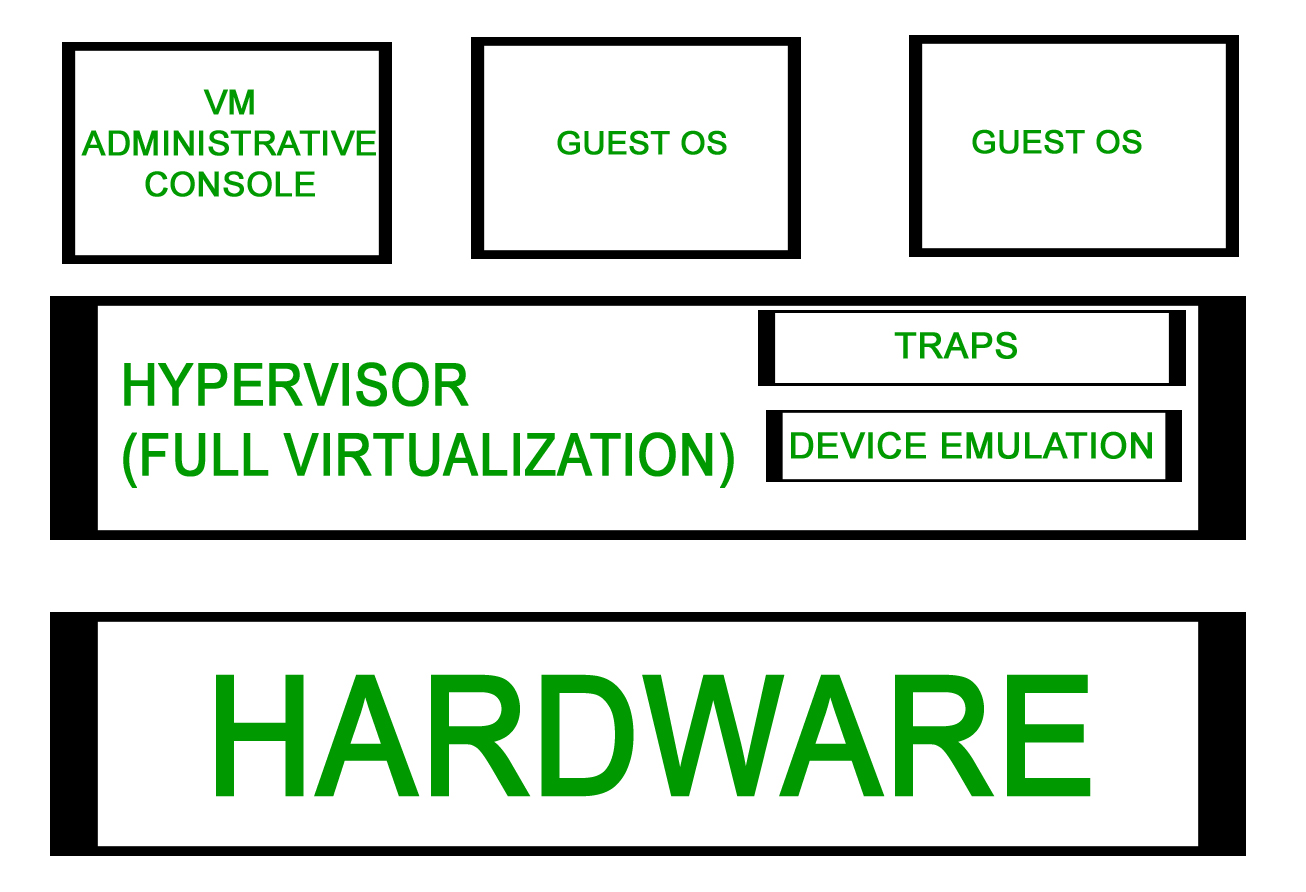 It is similar to Full Virtualization and Paravirtualization in terms of operation except that it requires hardware support. Much of the hypervisor overhead due to trapping and emulating I/O operations and status instructions executed within a guest OS is dealt with by relying on the hardware extensions of the x86 architecture.

Unmodified OS can be run as the hardware support for virtualization would be used to handle hardware access requests, privileged and protected operations, and to communicate with the virtual machine. 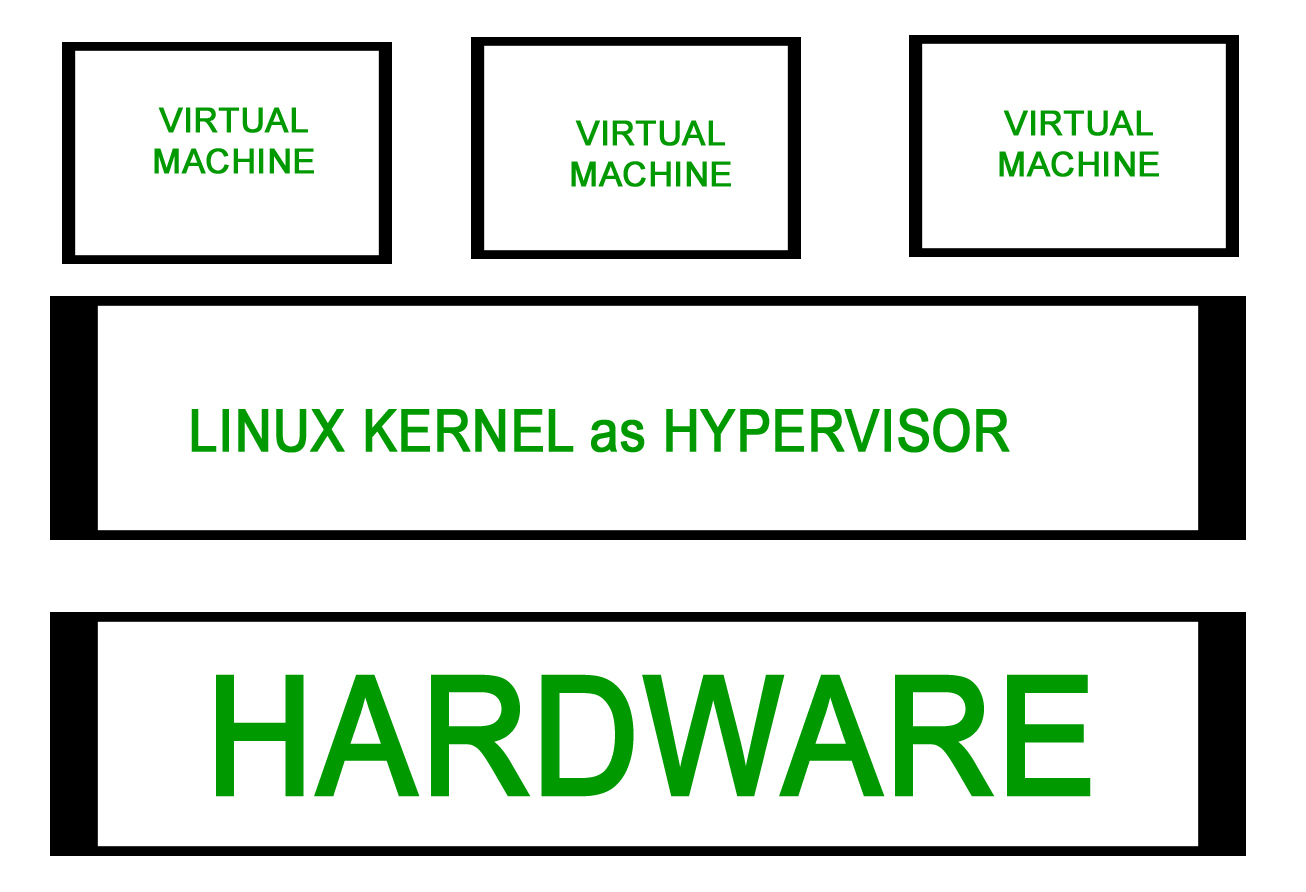 Examples: FreeVPS, Linux Vserver, and OpenVZ are some examples. 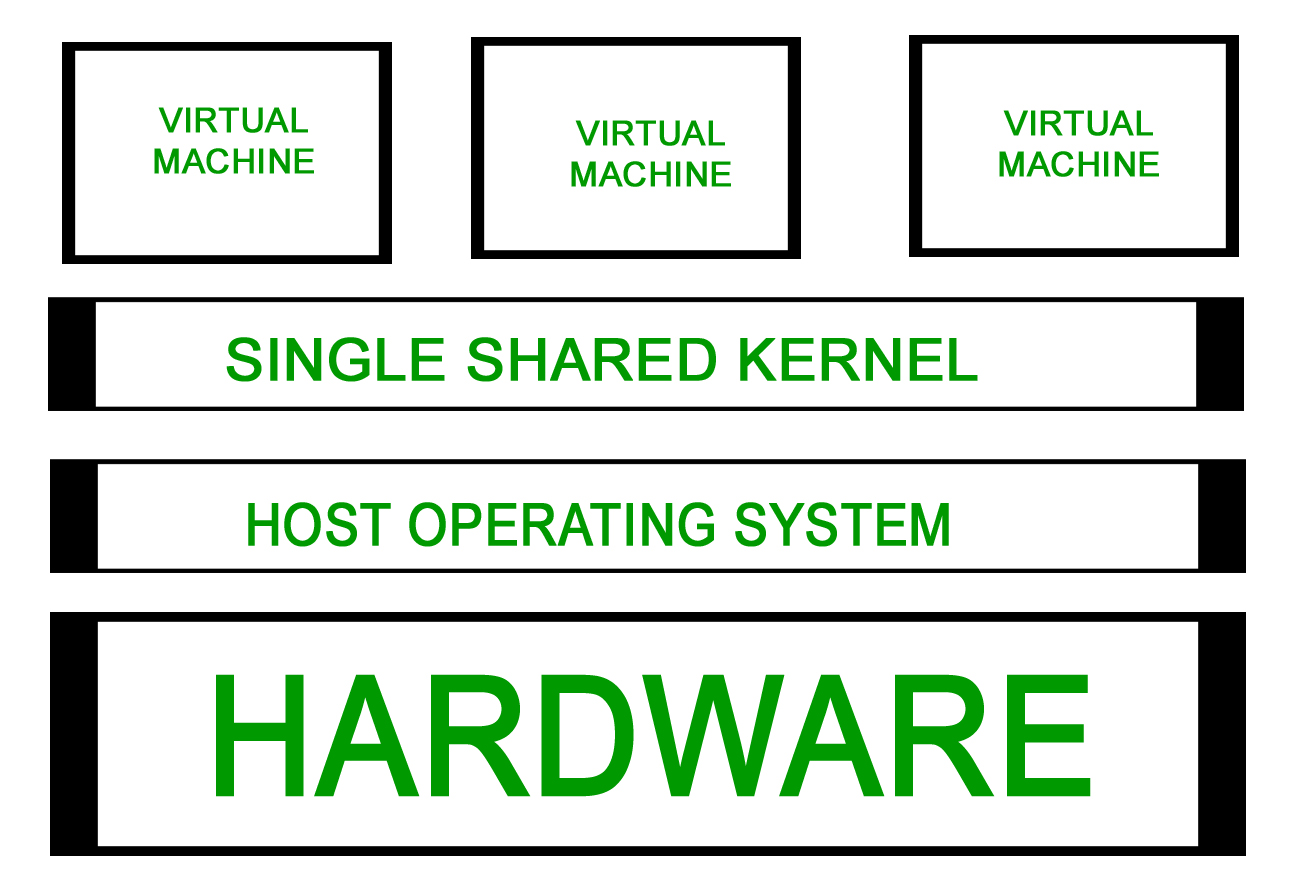