1. Diagonals: A line segment joining two non-consecutive vertices of a polygon is known as a diagonal. For example, in the given figure, AC and BD are the two diagonals of the ABCD square. 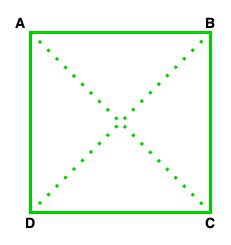 2. Adjacent Sides: In a polygon, if two sides share a common vertex then such type of sides is known as adjacent sides. For example, in the above figure, AD and DC are the adjacent sides.

There are 4 types of Polygon :

There are two types of angles in polygons:

Here, n is the total number of sides of a polygon 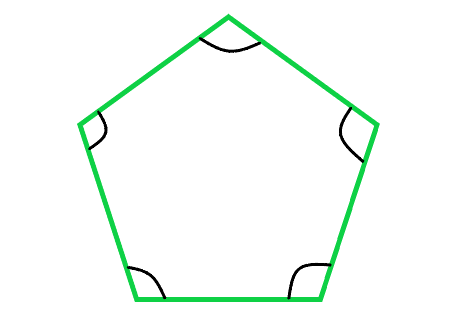 If a polygon has n sides then 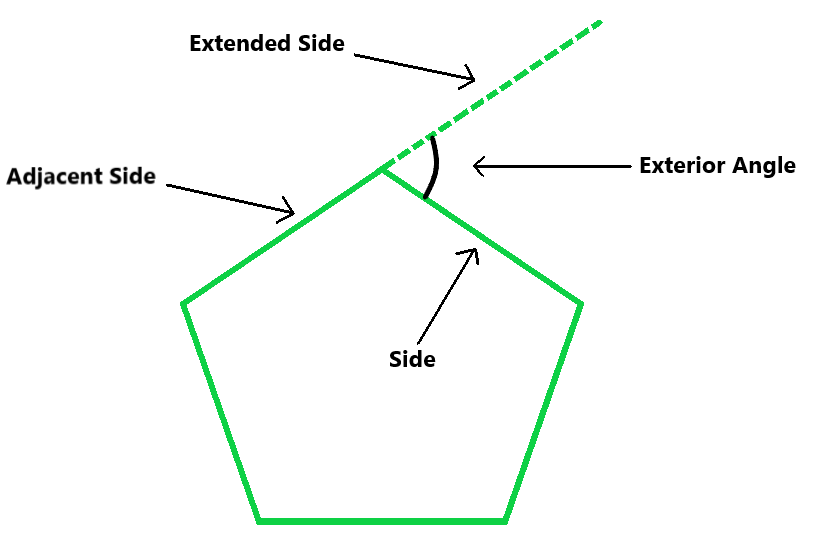 Polygons are classified based on their number of sides or vertices they have. So, some of the polygons are:

A triangle is a polygon, it is formed with the help of three-line segments intersecting each other, so a triangle has 3 vertices, 3 edges, and 3 angles. The triangles are classified into different types, based on the sides and angles.

Some properties of the triangle:

A Quadrilateral is nothing but a polygon having at least 4 sides. A polygon is formed by enclosing four line segments such that they meet at each other at vertices to make 4 or more angles. Example: Square, Rectangle, Parallelogram, Rhombus, Trapezium.

Some properties of a quadrilateral:

Question 1. Find the exterior angle of a regular hexagon?

As we know that, hexagon has 6 sides therefore 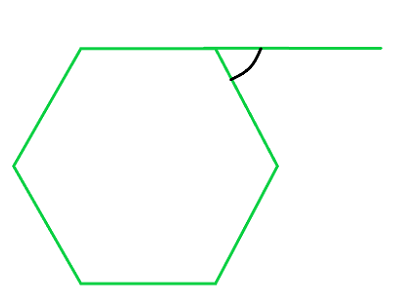 Question 2. Find the interior angle of a regular pentagon?

As we know that pentagon has 5 sides, therefore

Question 3. Find each interior angle of a regular decagon.

As we know that, decagon has ten sides.

As we know that,

As we know that all the interior angles are equal of a regular decagon,

Question 4. Find the value of x in the given figure:

Question 5. Find the value of x in the given figure: 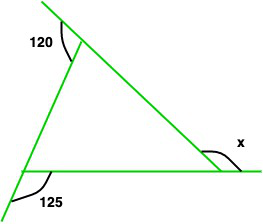 As we know that the sum of exterior angles = 360o