Types of Node Devices in a Computer Network: End devices and Intermediary Devices

We know a computer network is a term used to refer to any group (or system) of interconnected nodes (computers, printers, or any other devices) connected by communication links known as transmission media (or channels) usually meant for the exchange of information and resource sharing. In a computer network, a node is any device that is capable of sending or receiving data, to and from other nodes at definite and desired flow rates securely and reliably.

On the basis of functionality and usage, the node devices can be broadly classified into the following types – 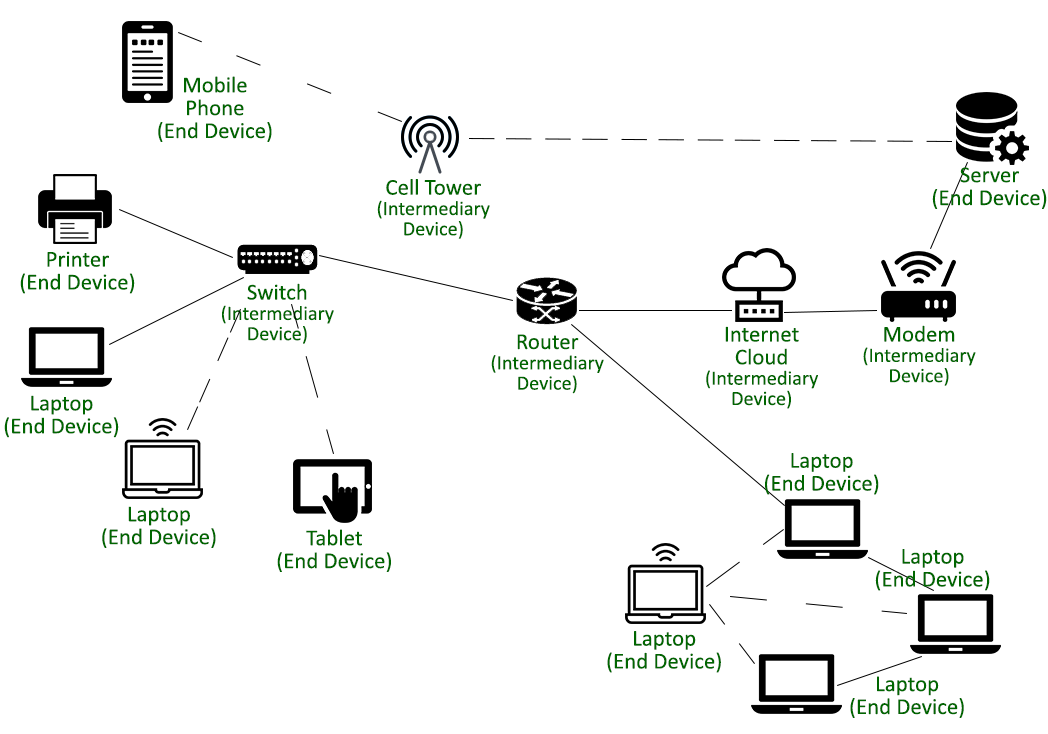 End devices are the node devices that serve as a source point or a destination point in the communication that occurs on a computer network. With the coming advancements in computer networking systems, we have nodes that can act as a client, a server, or both. The rest of the network is built around these end devices to establish communication links between them. Software installed on the node devices determines the role they offer to play in a computer network. According to their usage, the end devices can be broadly grouped into the following categories –

Examples of the End Devices :

Intermediary devices are node devices that are designed to forward the data from one side to another side in a computer network. These intermediary devices work as a connecting medium (along with other services being offered) for other nodes and handle the tasks in the background ensuring that the data flows effectively at desired flow rates across the entire computer network.

The intermediary devices for the management of the data flowing through them use various addressing systems such as IP Address, MAC Address, and Port Numbers (or Port Address) along with the information about the network interconnections. Further various types of switching in the computer networks determine the path that messages take through the network during the communication.

Examples of the intermediary devices :