Internet Control Message Protocol (ICMP) is a protocol used for error handling and debugging in the network layer. It is mainly used in network devices such as routers. 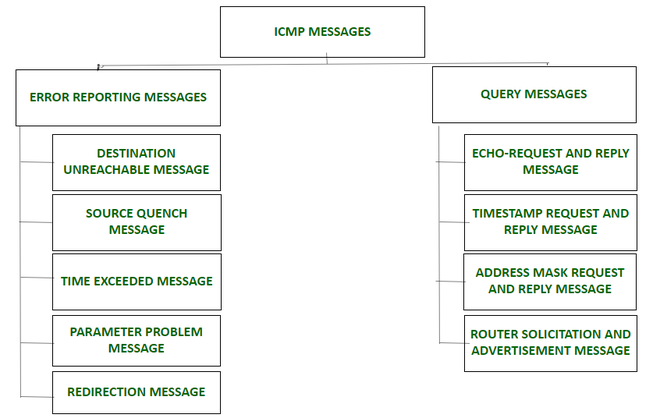 Following are the types of error reporting messages :

2. Query Messages :
Query Messages are used for error handling and debugging network problems. These messages help the host to get specific information about another host or router.

Following are the types of query messages :