Types of Errors in Java with Examples

The most common errors can be broadly classified as follows:

Run Time errors occur or we can say, are detected during the execution of the program. Sometimes these are discovered when the user enters an invalid data or data which is not relevant. Runtime errors occur when a program does not contain any syntax errors but asks the computer to do something that the computer is unable to reliably do. During compilation, the compiler has no technique to detect these kinds of errors. It is the JVM (Java Virtual Machine) that detects it while the program is running. To handle the error during the run time we can put our error code inside the try block and catch the error inside the catch block.

For example: if the user inputs a data of string format when the computer is expecting an integer, there will be a runtime error. Example 1: Runtime Error caused by dividing by zero

Example 2: Runtime Error caused by Assigning/Retrieving Value from an array using an index which is greater than the size of the array

Compile Time Errors are those errors which prevent the code from running because of an incorrect syntax such as a missing semicolon at the end of a statement or a missing bracket, class not found, etc. These errors are detected by the java compiler and an error message is displayed on the screen while compiling. Compile Time Errors are sometimes also referred to as Syntax errors. These kind of errors are easy to spot and rectify because the java compiler finds them for you. The compiler will tell you which piece of code in the program got in trouble and its best guess as to what you did wrong. Usually, the compiler indicates the exact line where the error is, or sometimes the line just before it, however, if the problem is with incorrectly nested braces, the actual error may be at the beginning of the block. In effect, syntax errors represent grammatical errors in the use of the programming language.

Logical Error: A logic error is when your program compiles and executes, but does the wrong thing or returns an incorrect result or no output when it should be returning an output. These errors are detected neither by the compiler nor by JVM. The Java system has no idea what your program is supposed to do, so it provides no additional information to help you find the error. Logical errors are also called Semantic Errors. These errors are caused due to an incorrect idea or concept used by a programmer while coding. Syntax errors are grammatical errors whereas, logical errors are errors arising out of an incorrect meaning. For example, if a programmer accidentally adds two variables when he or she meant to divide them, the program will give no error and will execute successfully but with an incorrect result.

Example: Accidentally using an incorrect operator on the variables to perform an operation (Using ‘/’ operator to get the modulus instead using ‘%’)

Syntax and Logical errors are faced by Programmers.

Syntax errors can be removed with the help of the compiler.

Next
Errors V/s Exceptions In Java
Related Articles
1. Rounding off errors in Java
2. Errors V/s Exceptions In Java
3. Thread Interference and Memory Consistency Errors in Java
4. Heap and Stack Memory Errors in Java
5. Difference between fundamental data types and derived data types
6. Types of Exception in Java with Examples
7. Different Types of Classes in Java with Examples
8. What is a Storage Device? Definition, Types, Examples
9. What is an Algorithm? Definition, Types, Complexity, Examples
10. Difference Between java.sql.Time, java.sql.Timestamp and java.sql.Date in Java
Article Contributed By : 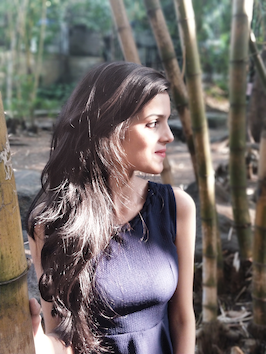