This is not only because of the amount of data being continuously revised or modified that we are dealing with; the dynamics of it aren’t of sole interest anymore. It’s because of the social value that every individual has assigned to them: databases are the literal backbone of a client’s lifestyle or a business’s worth.

Designing different types of databases lie at the core of the functionality that they provide to the users. Since data is a dynamic entity, the way it is stored varies a lot. It is also the reason behind companies designing their own types of databases that comply with their needs.

In this article, we shall be looking at the most commonly used databases. They are namely:

1. Hierarchical Databases :
Just as in any hierarchy, this database follows the progression of data being categorized in ranks or levels, wherein data is categorized based on a common point of linkage. As a result, two entities of data will be lower in rank and the commonality would assume a higher rank. Refer to the diagram below:

Do note how Departments and Administration are entirely unlike each other and yet fall under the domain of a University. They are elements that form this hierarchy.

Notice that due to such a structure, hierarchical databases are not easily salable; the addition of data elements requires a lengthy traversal through the database.

2. Network Databases :
In Layman’s terms, a network database is a hierarchical database, but with a major tweak. The child records are given the freedom to associate with multiple parent records. As a result, a network or net of database files linked with multiple threads is observed. Notice how the Student, Faculty, and Resources elements each have two-parent records, which are Departments and Clubs.

3. Object-Oriented Databases :
Those familiar with the Object-Oriented Programming Paradigm would be able to relate to this model of databases easily. Information stored in a database is capable of being represented as an object which response as an instance of the database model. Therefore, the object can be referenced and called without any difficulty. As a result, the workload on the database is substantially reduced. 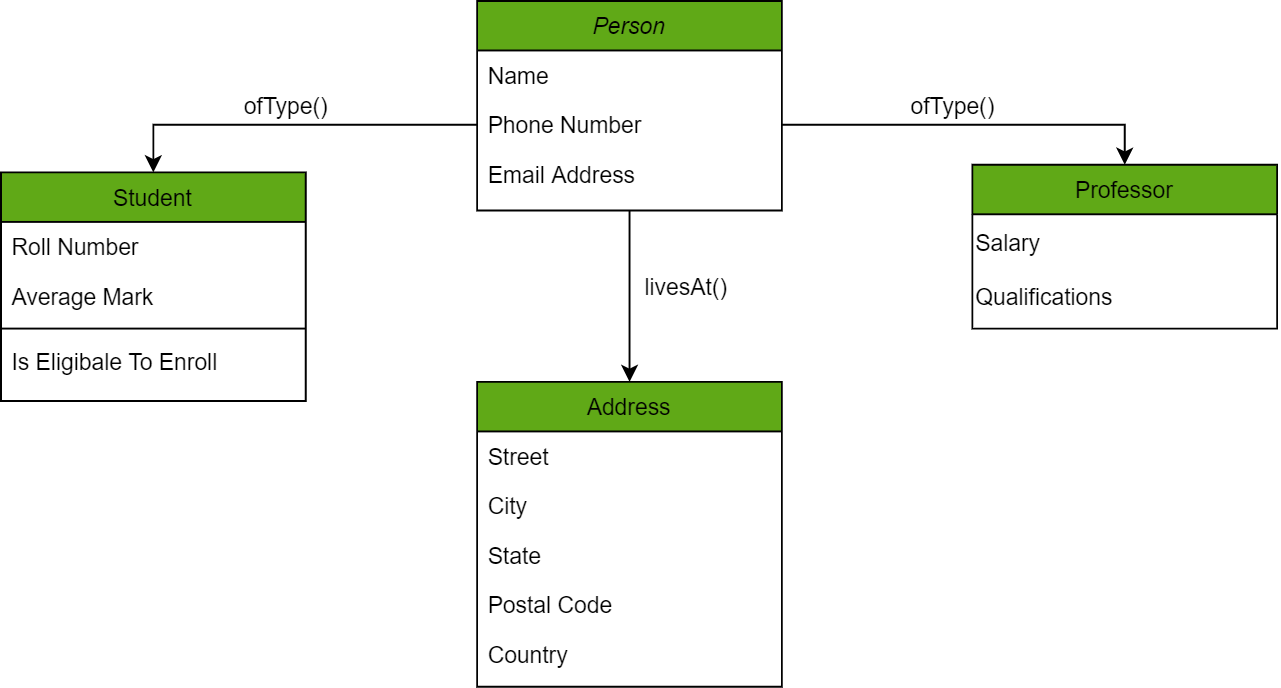 An example of such a model is the Berkeley DB software library which uses the same conceptual background to deliver quick and highly efficient responses to database queries from the embedded database.

4. Relational Databases :
Considered the most mature of all databases, these databases lead in the production line along with their management systems. In this database, every piece of information has a relationship with every other piece of information. This is on account of every data value in the database having a unique identity in the form of a record. 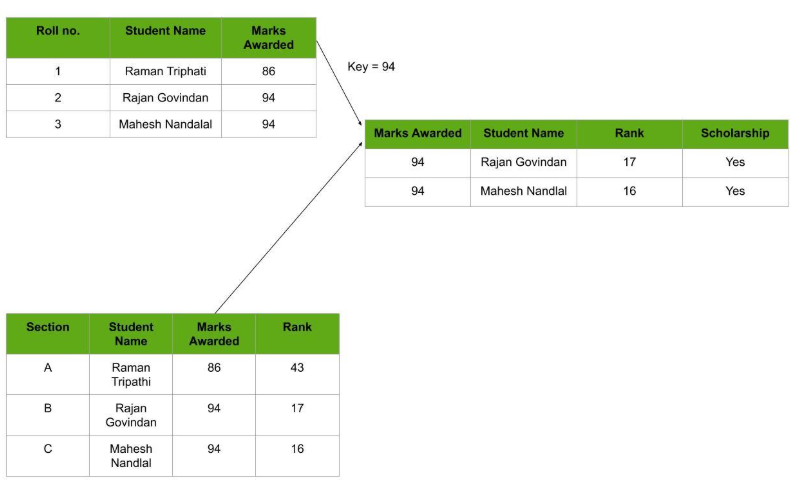 Due to this introduction of tables to organize data, it has become exceedingly popular. In consequence, they are widely integrated into Web-Ap interfaces to serve as ideal repositories for user data. What makes it further interesting is the ease in mastering it, since the language used to interact with the database is simple (SQL in this case) and easy to comprehend.

It is also worth being aware of the fact that in Relational databases, scaling and traversing through data is quite a light-weighted task in comparison to Hierarchical Databases.

5. NoSQL Databases :
A NoSQL originally referring to non SQL or non-relational is a database that provides a mechanism for storage and retrieval of data. This data is modeled in means other than the tabular relations used in relational databases.

MongoDB falls in the category of NoSQL document-based database.

These are but a few types of database structures which represent the fundamental concepts extensively used in the industry. However, as mentioned earlier, clients tend to focus on creating databases which would suit their own needs; to store data in a schema which showcases a variable functionality based on its blueprint. Hence, the scope for development in reference to databases and database management systems is bright.