Corrective Maintenance (CM) is a type of maintenance strategy that is generally required for restoring any assets after its failure or breakdown. Restoring can be done by either repairing, replacing, readjusting, etc. There are many objectives of CM but its main objective is to correct and bring back broken or failed assets to its normal working condition. CM is mostly applicable to assets that are not crucial to running of functions and operations.

Types of Corrective Maintenance :
CM is generally classified into two different categories as given below : 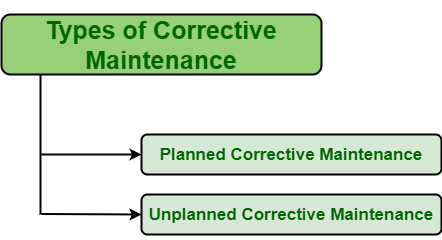