Suppose we have a time series {Xt} which has the following mean:

and the autocovariance functions

and the autocorrelation function is defined as:

Positive autocorrelation occurs when an error of a given sign between two values of time series lagged by k followed by an error of the same sign.

Below is the graph of the dataset that represents positive autocorrelation at lag=1: 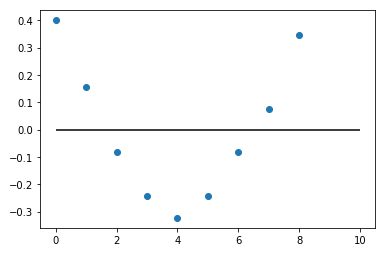 Negative autocorrelation occurs when an error of a given sign between two values of time series lagged by k followed by an error of the different sign.

Below is the graph of time series that represents negative autocorrelation at lag=1: 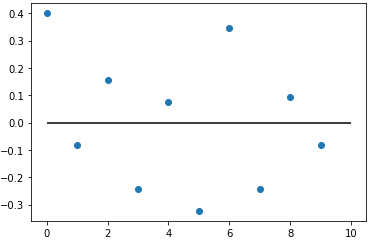 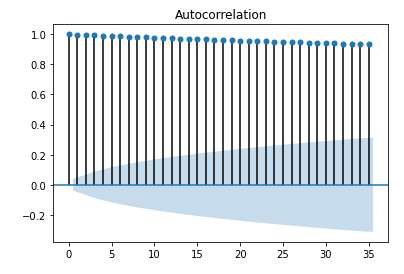 The next step would be to estimate the parameters for the autoregressive model:

The randomness assumption for least-squares fitting applies to the residuals of the model. That is, even though the original data exhibit non-randomness, the residuals after fitting Yi against Yi-1 should result in random residuals. 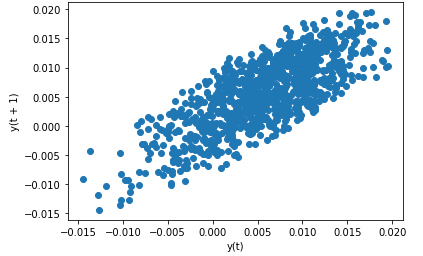 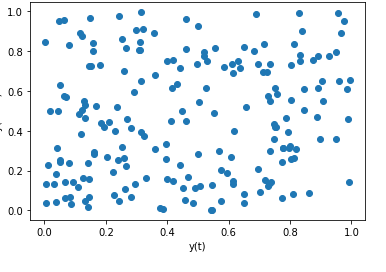 The conclusion can be drawn from the above plot

at Yi =0, we can obtain the residual of estimators.

It is easy to perform estimation on the lag plot because of the Yi+1 and Yi as their axes. 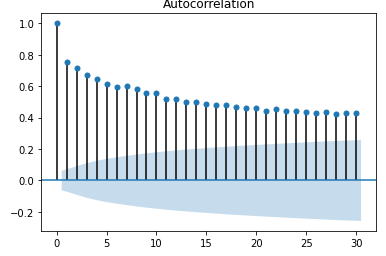 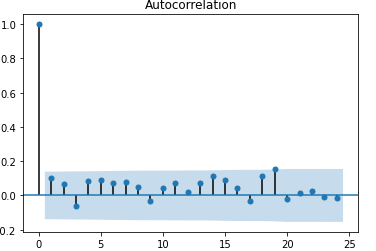