Two-Tailed Test of Population Mean with Known Variance in R

A statistical hypothesis test is a method of statistical inference used to decide whether the data at hand sufficiently support a particular hypothesis.

The conventional steps that are followed while formulating the hypothesis test, are listed as follows 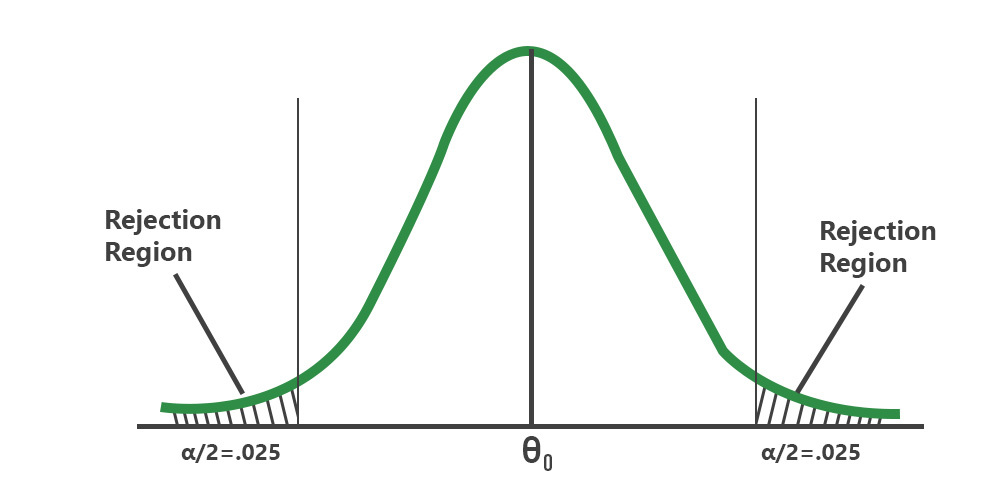 Here the assumption is the population variance σ2  is known. From Central Limit Theorem (CLT), the population. the sample means of all possible samples of a population approximately follow a normal distribution. Let us define the test statistic based on CLT as follows

Let us try to understand the type II error by considering a case study.

The null hypothesis is that μ = 75.4. Let us compute the test statistic.

The range of the critical values (-1.96 – +1.96) suggests that the test statistic -1.8931 lies well within the range. Hence, at the .05 significance level, we do not reject the null hypothesis that the mean boxer’s weight does not differ from last year.