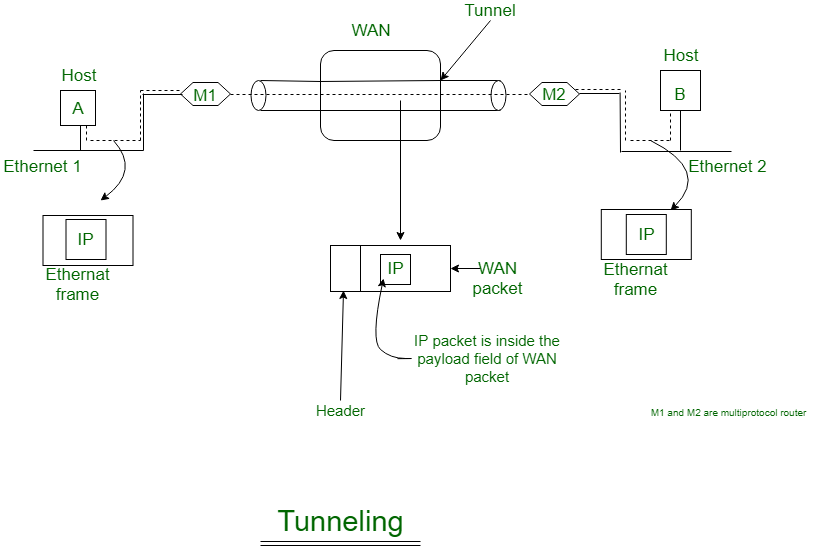 The task is sent on an IP packet from host A of Ethernet-1 to the host B of ethernet-2 via a WAN.

Why is this Technique called Tunneling?
In this particular example, the IP packet does not have to deal with WAN, the host A and B also do not have to deal with the WAN. The multiprotocol routers M1 and M2 will have to understand about IP and WAN packets. Therefore, the WAN can be imagined to be equivalent to a big tunnel extending between multiprotocol routers M1 and M2 and the technique is called Tunneling.

Tunneling uses a layered protocol model such as those of the OSI or TCP/IP protocol suite. So, in other words, when data moves from host A to B it covers all the different level of the specified protocol (OSI, TCP/IP, etc.), while moving between different levels, data conversion (encapsulation) to suit different interfaces of the particular layer is called tunneling.