An introduction to Transportation problem has been discussed in the previous article, in this article, finding the initial basic feasible solution using the NorthWest Corner Cell Method will be discussed. 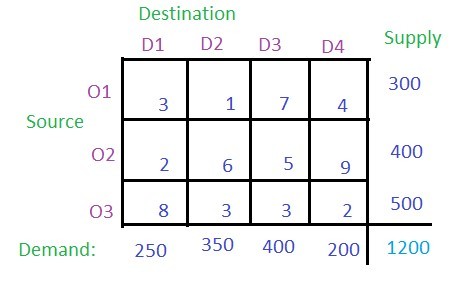 Solution: According to North West Corner method, (O1, D1) has to be the starting point i.e. the north-west corner of the table. Each and every value in the cell is considered as the cost per transportation. Compare the demand for column D1 and supply from the source O1 and allocate the minimum of two to the cell (O1, D1) as shown in the figure.
The demand for Column D1 is completed so the entire column D1 will be canceled. The supply from the source O1 remains 300 – 250 = 50. 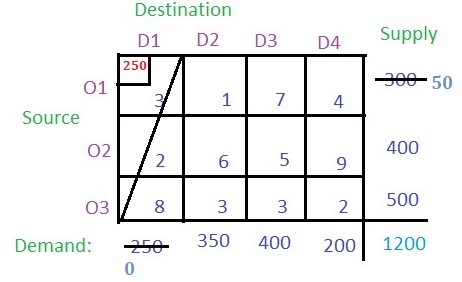 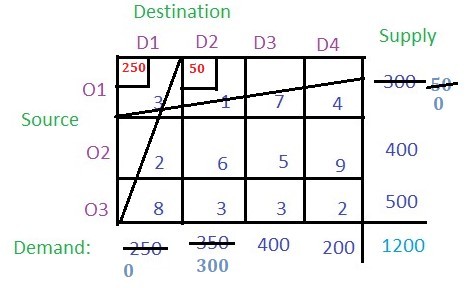 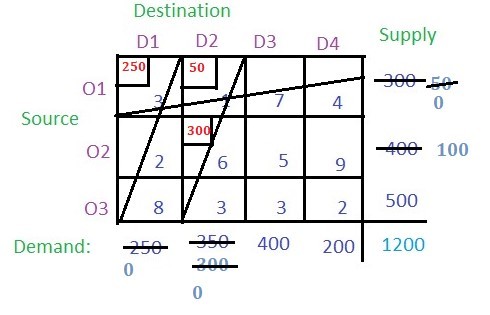 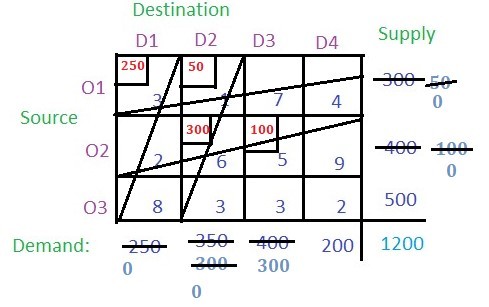 Proceeding in the same way, the final values of the cells will be: 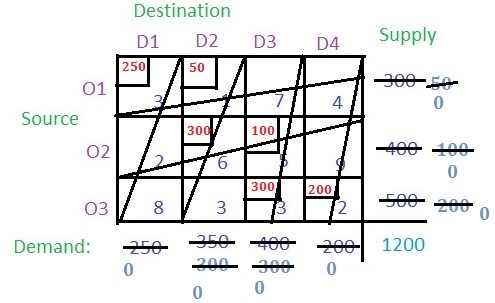