The first approach we examine is traffic aware routing. These schemes adapted to change in topology, but not change the load. The goal of taking a load into to make most existing network capacity, routs can be tailored to traffic patterns that change during the day as network users wake and sleep in different zones.

Routes may be changed to shift traffic away from heavily used paths by changing the shortest path weight. Some radiostations have helicopters flying around their cities to report on road congestion to make it possible for their mobile attendant to route their packets around the hotspot. This is called traffic-aware routing. Splitting traffic across paths helpful. It is used on the early internet according to this model.

Consider a network of the figure –

As result, it may oscillate widely, lead to erratic routing and many potential problems. If the load is ignored and only bandwidth and propagation delay are considered this not occur. Attempt to include load but change weights with a range only slow down routing oscillations. Two techniques can contribute to a successful solution. In first multipath routing in which there can be multiple paths from source to destination. 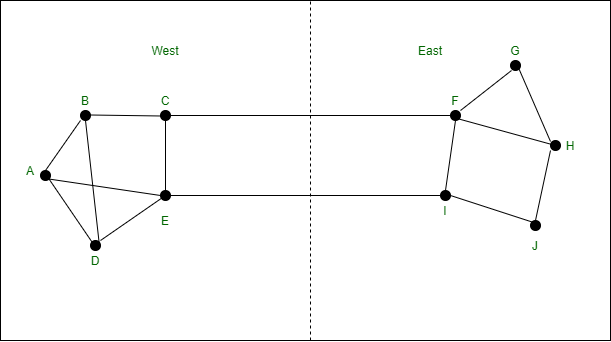