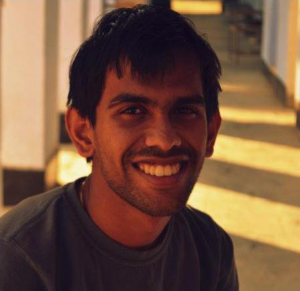 Even if we were to search around the world, it would be a truly difficult job to find someone like Ravi Kiran. As a Computer Science Graduate of BITS Pilani – Pilani Campus, he successfully bagged job offers from an astounding three companies – all being some of the best and most admired companies in the world – Google, Facebook and Microsoft. We, at TopTalent.in, managed to talk to this amazingly humble genius, who hails from Hyderabad.

And before we forget, Ravi has also agreed to share his resume with our users so as to help them with their preparation. So don’t forget to grab a copy by logging in. Here is the exclusive interview in its original form.

Team TopTalent.in: What were the similarities and differences between Google, Microsoft and Facebook Interviews?

Ravi: All three of them share the prestige of being some of the best tech companies in the world. As you would expect, their interviews are designed to ensure the recruitment of top talent. An obvious similarity amongst their interview processes (for undergraduates, at least) is them being vastly algorithmic in nature.

There are multiple interview rounds in each recruitment process. For Microsoft there were 4 while Facebook conducted 3. For Google, I was a previous intern and, hence, faced just 2 rounds. Another noticeable thing was the presence of design questions in one of the rounds by both Microsoft & Google. However, by no means, can this be a generalization to the interview process of any of the companies. At the end of the day, this only reflects how each of them is aiming to assess a candidate’s potential to the greatest amount in the shortest period of time.

Team TopTalent.in: How did you choose between Google, Facebook and Microsoft?

Ravi: The more thought I put in the decision making process, the more confused I got. One of the major things I believed was that none of them was going to be a bad decision, so it was always safe to pick any one of them and not go wrong. Ultimately I chose Google, since I liked it as a company. I must confess that it was mostly a gut-feeling based decision.

Team TopTalent.in: What is the kind of skill-set that companies like these, are looking for in candidates?

Ravi: Even though I’ll keep one of the companies in mind, that is Google, to answer the questions further on, I can safely say that this answer of mine applies vastly to the three of them. The skill-set sought out is that a candidate must be creative, so as to come up with smarter and newer solutions to problems, which are algorithmically very strong and don’t waste time solving already solved ones. The candidates are supposed to be, obviously, good at programming so that they can give shape to their ideas in the form of real code.

Team TopTalent.in: What should one keep in mind while creating a resume for these tech companies?

Ravi: There are a lot of good references on “What makes a very good resume?” I had searched the same, and stuck to whatever made the most sense. I highly recommend a 1-page crisp resume, so that it’s easier to make an impression when someone glances at it for about 3 seconds (I’m guessing that the time spent by a higher-up person on a single resume is nearly that)

In addition, it’s very important to make the resume highlight qualities and projects that provide enough reason to believe why you would make the perfect candidate for the job. Prior programming experience and other achievements would be useful to mention, to further your chances of making a good impression.

Team TopTalent.in: Your advice to all the students out there who’re aspiring for job offers similar to yours?

Ravi: I think it’s important to enjoy the field of work, and apply to only the companies that align with one’s interests. In the long run, it would be hard to work in case the work doesn’t go with your interests, even if the company is as nice as three mentioned above. I had never aimed to get into any of these companies, and it has only been a consequence of the activities that I was actively interested in (like competition programming, random problem/puzzle solving, etc) and thoroughly enjoyed.

Team TopTalent.in: What’s the difference between the work allotted in the Indian Office and the US Office?

Ravi: I will speak about this question with respect to Google, since I have an experience in both the offices. The work isn’t really any different across the offices. If you have a good project idea, you’re always welcome to begin on it, and take it forward irrespective of which office you are from. I myself have had the chance to intern with a very good team back in Bangalore. Work in MTV is going really great too. That being said, the US office has more diverse project choices to offer, merely owing to its larger size.

Team TopTalent.in: How can freshers/pass outs apply to these tech giants off campus? What’s the process involved?

Ravi: Applying off campus is usually a simple process in these days. Most of the companies have websites for application process, wherein one can just submit his/her resume, and expect to be shortlisted. It is important to highlight the efforts of other companies that are providing interview opportunities, through performance in online programming contests.

HR personnel of almost all companies are on a constant lookout for talented programmers, and students performing well in the online programming contests have great potential. A good chunk of people also get an interview call through the employee referral route.

Team TopTalent.in: And lastly, what are you working on at Google and how has the experience been so far?

Ravi: I work in the Search Infrastructure team at Google, and the journey has been great so far. Google’s a fun place to work for, and they ensure to provide one of the best work conditions possible for an employee. It is very surprising how they provide so many amenities – for having fun and indulging in non-work related activities and interests – but at the same time manage to provide some really challenging work.