Well, you open an app of course!!! (Instagram for those cute kittens!) And if you are wondering why I am rambling about kittens (or apps!), there is a reason. This is to demonstrate that we millennials use apps for even the smallest of requirements. Apps are a modern necessity and I seriously think most of us would be lost without them (Even literally lost without Google Maps!).

And since apps are so popular, it stands to reason that it is equally popular (and profitable!) to develop them. Apps are an excellent way to create a brand and build a loyal fan base (and also have fun while doing so!). That is the reason this article deals with the Top Android Development Frameworks that are currently most popular and so important to learn in 2019. 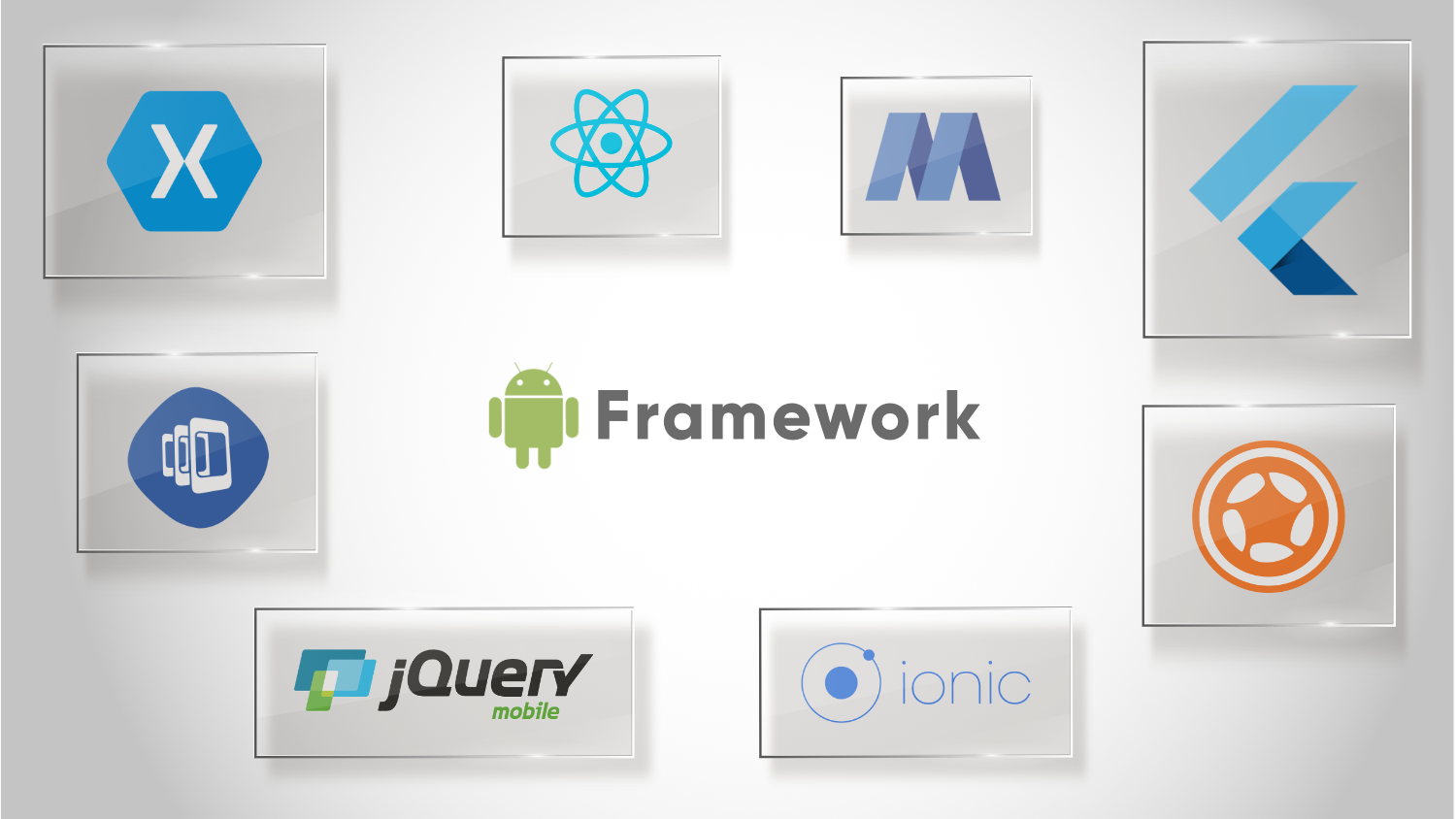 In general, the basic method of creating an Android app is to use Android Studio (As it is the official IDE for Android). However, there are many other Android Development Frameworks that are quite popular in and to provide you a little variety, the list is given below…

Ionic Framework is a very popular open-source mobile framework that was released in 2013. It’s also free and MIT open source (so it will most probably remain free!). According to its website, Ionic can be used to “Build and ship beautiful cross-platform hybrid and Progressive Web Apps with ease.” And that’s not all! Ionic is also a cross-platform framework, which means that you can create apps and then customize them for Android, iOS, Windows, etc. Also, if you have a problem with your documentation, fear not! Ionic has documentation support with real-life examples.

Xamarin is an extremely popular Mobile framework(With over 1.4 million developers using it!) that was acquired by Microsoft in 2016 and is currently a Microsoft subsidiary. According to Xamarin, “Apps built using Xamarin look and feel native because they are.” So basically, Xamarin can be used to write native Android, iOS and Windows apps with a C# codebase (Xamarin is great for C# developers!) that can also be shared across multiple platforms. Xamarin is also popular (and only!) IDE with Microsoft Visual Studio and can be used to create native apps with AutoComplete and IntelliSense.

Adobe PhoneGap is an open-source mobile application development framework that was purchased by Adobe Systems in 2011. Its unique feature is that it can be used to build mobile applications using HTML5, CSS3, and JavaScript instead of using API like Android, iOS, or Windows Phone. According to PhoneGap, it can be used to “Reuse existing web development skills to quickly make hybrid applications built with HTML, CSS, and JavaScript.”

React Native is an open-source mobile framework that was created by Facebook and released in 2015. According to Mark Zuckerberg, “The biggest mistake we made as a company was betting too much on HTML as opposed to native” and that lead to the creation of React Native. It provides support for various IDEs and mobile app development tools and that is one of the main reasons it is used by many (popular!) companies such as Instagram, Tesla, Walmart, Baidu, etc. to develop their mobile apps.

Flutter is a comparatively recent open-source development framework that was released by Google in 2017. According to Google, “Flutter is Google’s portable UI toolkit for building beautiful, natively-compiled applications for mobile, web, and desktop from a single codebase.” Flutter is written in the Dart programming language (Also developed by Google) and it is currently used by famous companies such as Alibaba, Tencent, Google (Of course!). Flutter provides rendering support by using the 2D rendering engine Skia.

Titanium SDK is an open-source framework that was created by Appcelerator, Inc. and released in 2018. (It’s quite new!) It is basically a development environment that can be used to create native apps across various operating systems like iOS, Android, BlackBerry, etc. Titanium is quite popular and has been used in around 70, 000+ Mobile Applications till now. And that’s not all! According to the Titanium website “The Titanium environment helps organizations get to market 60% faster and achieve a significant competitive advantage.”

JQuery Mobile is a Touch-Optimized Web Framework that was developed by the jQuery team and released in 2010. It is based on HTML5 and can be used to create responsive web sites and apps that can be accessed using multiple devices such as smartphones, tablets, desktops, etc. According to the jQuery team, this takes the “write less, do more” mantra to the next level!!! In addition to that, jQuery also provides support for different operating systems such as Windows, Firefox, Mac OS, Blackberry, Kindle, etc.(So make your choice!)

Corona Software Development Kit was developed by Corona Labs Inc. and released in 2009. It is a great platform for creating apps for mobile as well as desktop systems. Corona Labs states that “You can create your project once and publish it to multiple types of devices, including Apple iPhone and iPad, Android phones and tablets, Windows Desktop, etc.” Also, Corona is incredibly fast as it is supported by Lua, an open-source scripting language that is lightweight, fast, and powerful as well (Triple whammy!)

Native Script is an open-source framework for creating native (duh!) mobile apps that were developed by Progress and initially released in 2014. It was developed using JavaScript and TypeScript (which is basically a superset of JavaScript). Native Script also supports Angular and Vue.js frameworks and these can be used to share existing web-based code. It also doesn’t hurt that Native Script is 100% free and open source!