Many people think of Blockchain as the technology that powers Bitcoin however it is something much broader than that. In simple words, it is a distributed database that maintains the records of all transactions that have been executed and shared among participating parties. Here, in this article, we will discuss some of the most interesting project ideas that can be implemented in Blockchain. But before that, let’s first understand what’s special about Blockchain and how it revolutionizes the way we interact with data: 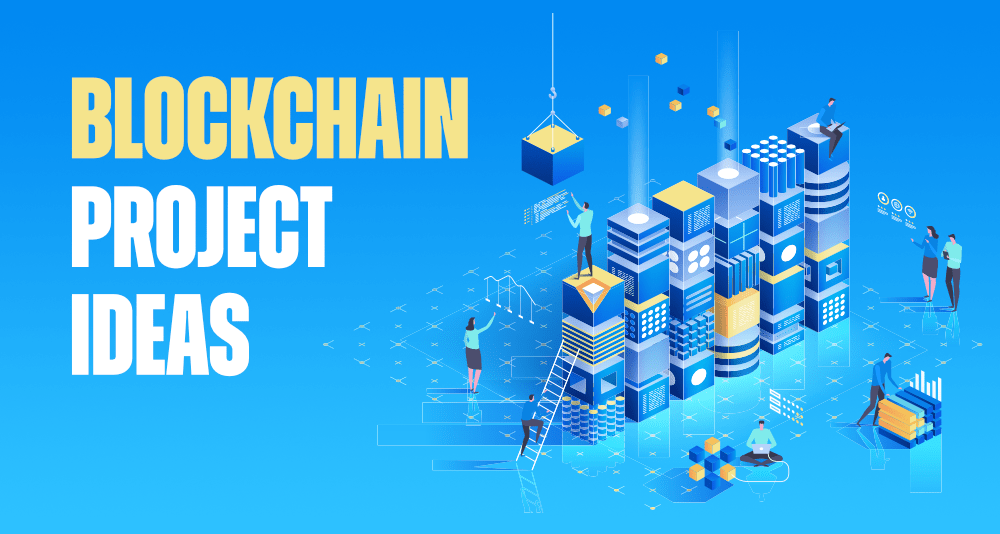 1. The way it tracks and stores data in the form of blocks.

It stores information in the form of blocks that are linked together to form a continuous chain of blocks. If you make changes to any block, you don’t rewrite it instead change gets stored inside a new block.

2. Decentralized and Distributed System creates trust in the data.

Before adding any block to the chain a few things are needed to be done which are :

This leads to the trust-building.

3. We can interact with data directly in real-time without the need for intermediaries.

Blockchain is a type of technology which with the above features provides us with reliability, trust, and security in data storage and accessibility.

Now having understood Blockchain and its benefits, we will see what can be the different project ideas that need a data security and can be implemented with the help of Blockchain.

Projects which can be implemented based on Blockchain :

Technology is growing tremendously, still, we have to go to the voting booths to cast our vote, So can we make the use of recent technologies to cast our vote safely and within the comfort of our homes? The answer is Yes. We can use blockchain to implement the system. Blockchain is used to build secure and scalable distributed systems. Vote chain, a blockchain-based voting system can help in bringing transparency and security to our voting systems. Now let us understand the working of the system:

In the healthcare system, there is a lot of patient data that is stored and this data needs to be safe and private. A lot of research can also be done to improve the healthcare system and find out quick and easier methods to detect and treat diseases. So, we can implement a system using Blockchain in which data will be safe and research will also be performed. Let’s see how this system works:

We have observed around us a lot of cases where someone claims another’s land, transaction frauds occur, documents are lost, and many more such issues. Blockchain will help us in solving all these issues and also will maintain the records of the transactions leading to quick and safe retrieval of data. So blockchain-based system which resolves all the land issues will work in the following way:

We need to go through a KYC verification in banks for updating our data and verifying our identity. Blockchain permits the secure transfer of KYC verification stamp from one entity to another. It offers a highly immutable and detailed audit trail on all actions on KYC files. Let us understand how this system works:

5. Transparent and Genuine Charity Applications based on Blockchain

In these recent times, people are really interested in helping and giving back to the community, but they feel that will this help really reach the needy people? So in such cases, we can make a transparent and genuine charity application that will prove helpful to the community. Let’s see how this system works:

In this modern era, replicated and fake products are found in greater proximity. This leads to the creation of a lot of fake products which results in confusion and distrust among consumers. We can develop a barcode scanning system based on blockchain which will check the originality of products.

There are a lot of documents and licenses which are really very important for us, and we can be needing them any time. So we can build a secure platform with the help of blockchain which can ensure that our documents are safe and easy to access. This system works in the following way:

Most probably your search for trending, innovative, and beneficial project ideas based on Blockchain must have ended now! All the best for all your upcoming projects!