Top 7 Google Play Store Tips That You Should Try

Google Play Store is an official source to download plenty of secure applications, and there are about 3.5 million android applications which are installed by android users and used for some vital purpose in day to day life, including the apps, Google Play Store also let you purchase or download original content ranging from entertaining games, movies, music and a lot of e-books, etc. 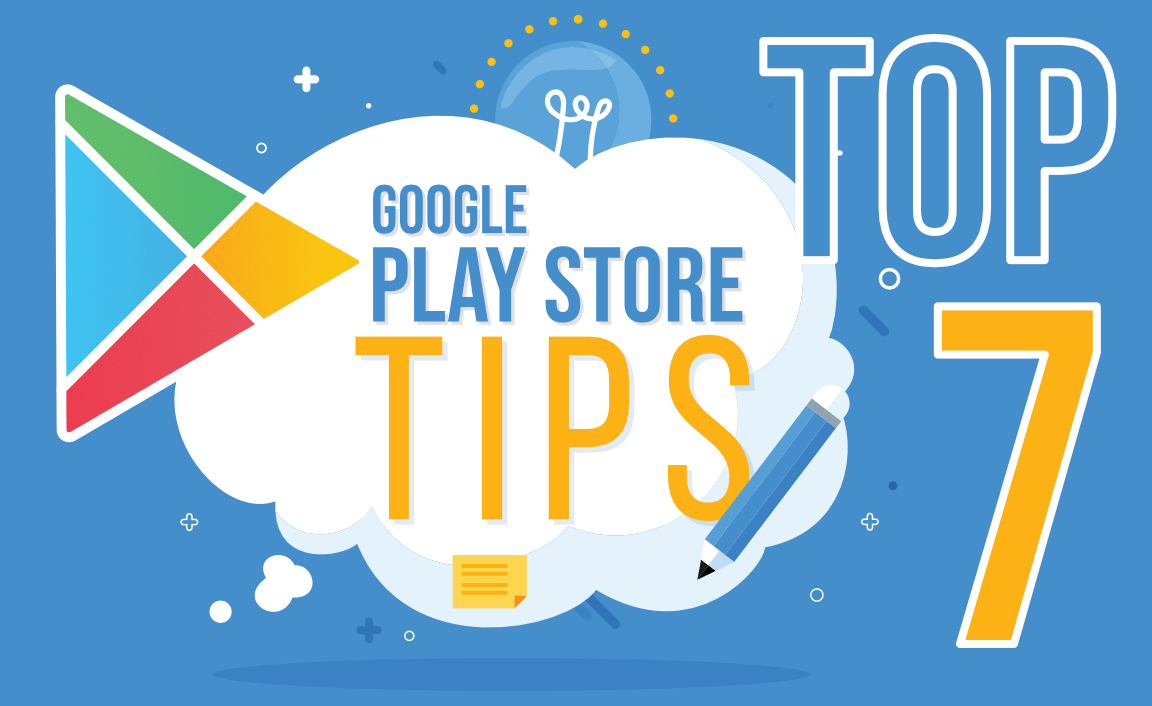 Every android device is incomplete without Google Play Store because there is no other great platform to get secure official apps. But did you know our beloved Google Play Store is not limited to downloading apps?. Besides Top charts and Categories, there are many tricks and tips which could make our tech life easier by managing the apps. Most of the play store tips are related to general settings, let us discuss a few tips below.

Whenever a user purchases a new android device and wants to install all the useful apps that were installed in the previous device without keeping track of them. This possible with the help of backup and restoration. Google play store has an option of backup and restores where your app data gets stored in Google drive i.e. 25 MB of installed app data, contacts, call logs, etc.

Before using this privilege of backup, make sure that the option of backup and restore is enabled on your device.
Here’s how you can enable from the settings on home screen:

Log-in with the same google account on the new device will give an option of installing the apps from previous backup data, there is a point to be noted that the app data can’t be restored only the installed apps are restored. Now all the favorite apps can easily be restored one by one.

There might be a situation where the user might be concerned about the internet data package and may try to save internet data while installing or updating apps through mobile data, because some large app installations like game updates may consume more data and end finishing your data usage limit then this may lead to other congestion.

The solution is to change the general settings of app download preferences, auto-update apps, and auto-play videos, which are by default set to consume internet data without permission, here the user can change the preferences accordingly. To achieve this ability, tap on the Google play store app and proceed to settings section then to general settings and find three options named,

Now the apps can be downloaded through WiFi or any other user preference with the control of data usage.

3. Install Android Apps on Your Chromebook

There are few apps with age restrictions and copyright, precautions are to be taken by parents towards children who are under aged because this may lead to misuse of the apps on play store like playing games which contain violence and misuse dating apps which leak privacy.

To avoid this problem there is an option called “parental control” through which parental lock is enabled on play store apps, this can be achieved by enabling the “parental controls” section in the user control area of settings, Above are the steps to find:

Once the restrictions are set, whenever the child tries to install some new inappropriate app has to enter the PIN to download, unless that the app won’t be downloaded.

To get user feedback, some developers make new apps or features available before they’re officially released to the general public.The user can try these apps or features by joining early access or beta programs. These apps may be less stable or also may crash sometimes. Some apps set a limit on the number of users in early access and beta programs. If there’s no more space user will be prompted with a message saying “full”. Steps to find and join an early access app:

Users can also download apps on mobile devices from the PC version of the Google play store, it’s easy to do this by logging onto the Google account on PC and go to the web version of the play store, search for the desired app and install it.
After this find a menu list containing all the devices that are connected using the same account, select the device name on which the app has to be installed. The mobile device must be enabled with the internet to start the download.

If a user doesn’t like using bright screen while surfing through play store then there is an option of changing theme based on user preference.

For this feature tap on play store and proceed to settings and then to Theme, select Dark theme, light theme or leave it to set by battery saver.

My Personal Notes arrow_drop_up
Previous
Node in Apache Cassandra
Next
Difference between AIX and Android
Recommended Articles
Page :
Top 8 Tips to Get Your Android App Featured on Google Play Store
25, May 20
Tips to Prepare Your Android App For Launch in Google Play Store
19, Aug 20
Top 5 IDEs for C++ That You Should Try Once
13, Aug 20
Top 10 Python Frameworks That You Should Try in 2021
30, Dec 20
How to Publish Your Android App on Google Play Store?
30, Jun 20
Top 10 DevOps Tools That You Can Try in 2020
13, Sep 20
How to Build Progressive Web Application and Submit it to the Play Store?
25, Aug 20
Which language should you learn first if you want to make an app?
11, Oct 18
13 Things You Should Know Before You Enter In Web Development
03, Feb 20
Top 10 Relevant Questions You Should Ask the Interviewer
21, Feb 21
Top 10 Cybersecurity Tools That You Should Know
02, Dec 20
Top 5 React UI Libraries You Should Explore in 2021
20, Feb 21
Top 10 Mobile App Development Trends You Should Know
20, Aug 21
Top 10 Chrome Flags That You Should Enable
13, Oct 21
Top Selenium Frameworks You Should Know
20, Apr 22
Power BI vs Tableau - Top 5 Key Differences That You Should Know
12, Jan 21
10 Most Popular Java Frameworks That You Must Try
28, Aug 21
10 Best Free Elementor Themes That You Can Try
03, Mar 22
Top 10 Tools That Every Web Developer Must Try Once
07, Jun 20
Top 5 Skills You Must Know Before You Learn ReactJS
01, Jan 20
Google Play Protect : How it Detects and Removes Malicious Apps?
07, Jun 19
10 Success Tips When You’re Learning To Code
27, Dec 21
7 Tips to Help You Stand Out as a Java Developer
03, Jun 22
Why should you not Hack Facebook!
16, Oct 18
Article Contributed By :